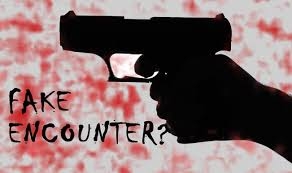 New Delhi: A committee constituted by the Supreme Court in 2007 under its former judge HS Bedi has found foul play in only three of the 17 alleged fake encounters in Gujarat during 2002-06, recommending probe against nine police officers and compensation to the next of kin of the victims.

A Supreme Court Bench headed by Chief Justice Ranjan Gogoi had last Wednesday ordered release of the committee report to the petitioners for their response, but with a rider that the court will decide acceptance or rejection of the findings in a hearing after four weeks, i.e early February.

The Gujarat government opposed release of Justice Bedi’s report lying with the Apex Court since February last year, but the CJI rejected its contention, pointing out that “he is the petitioner who set the law in motion and so why can’t he get it.”
The committee recommended prosecution of the police officers involved in the alleged custodial deaths of Kasam Jafar, Haji Ismail and Sameer Khan, but it rejected former Gujarat DGP Shreekumar’s allegation of selective targeting of the Muslim extremists, saying the allegations were too general in nature.

The Supreme Court had ordered the probe in a PIL by late veteran journalist B G Verghese who passed away in December 2014, noted lyricist Javed Akhtar and activist Shabnam Hashmi in 2007, based on the contentions of the former Gujarat police chief.