HomeIndiaNo talks with Pakistan, election in J-K after electoral rolls are published: Amit Shah in Kashmir

Addressing a public rally in Baramulla district of north Kashmir, Shah also said that assembly elections in Jammu and Kashmir will be conducted with "full transparency" once the Election Commission completes the exercise of publishing the revised electoral rolls.

No talks with Pakistan, election in J-K after electoral rolls are published: Amit Shah in Kashmir | Photo: Sajad Hameed
Follow us on

Union Home Minister Amit Shah on Wednesday ruled out holding dialogue with Pakistan and asserted that the Modi government will wipe out terrorism from Jammu and Kashmir to make it the "most peaceful place in the country".

Addressing a public rally in Baramulla district of north Kashmir, Shah also said that assembly elections in Jammu and Kashmir will be conducted with "full transparency" once the Election Commission completes the exercise of publishing the revised electoral rolls. 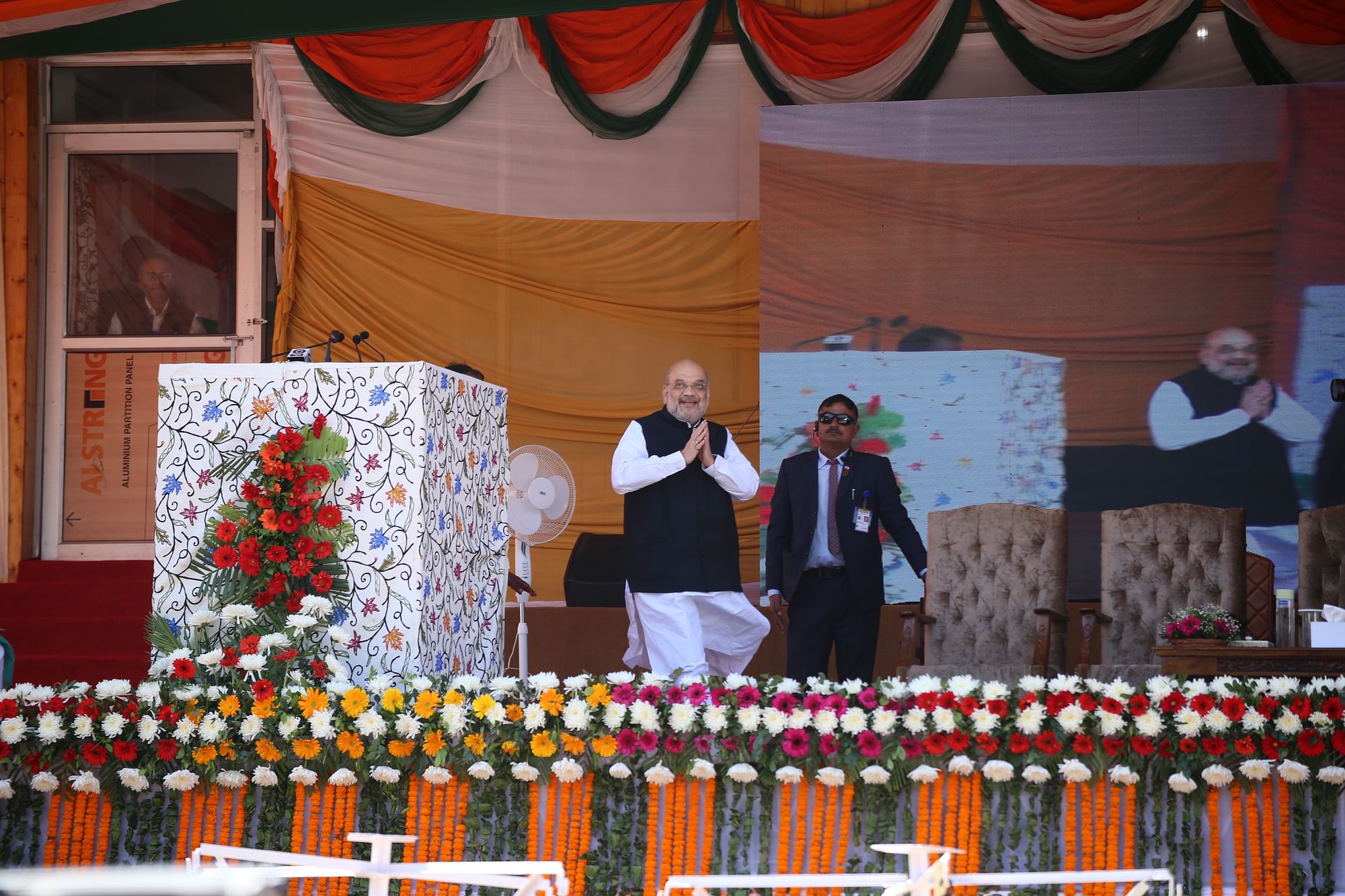 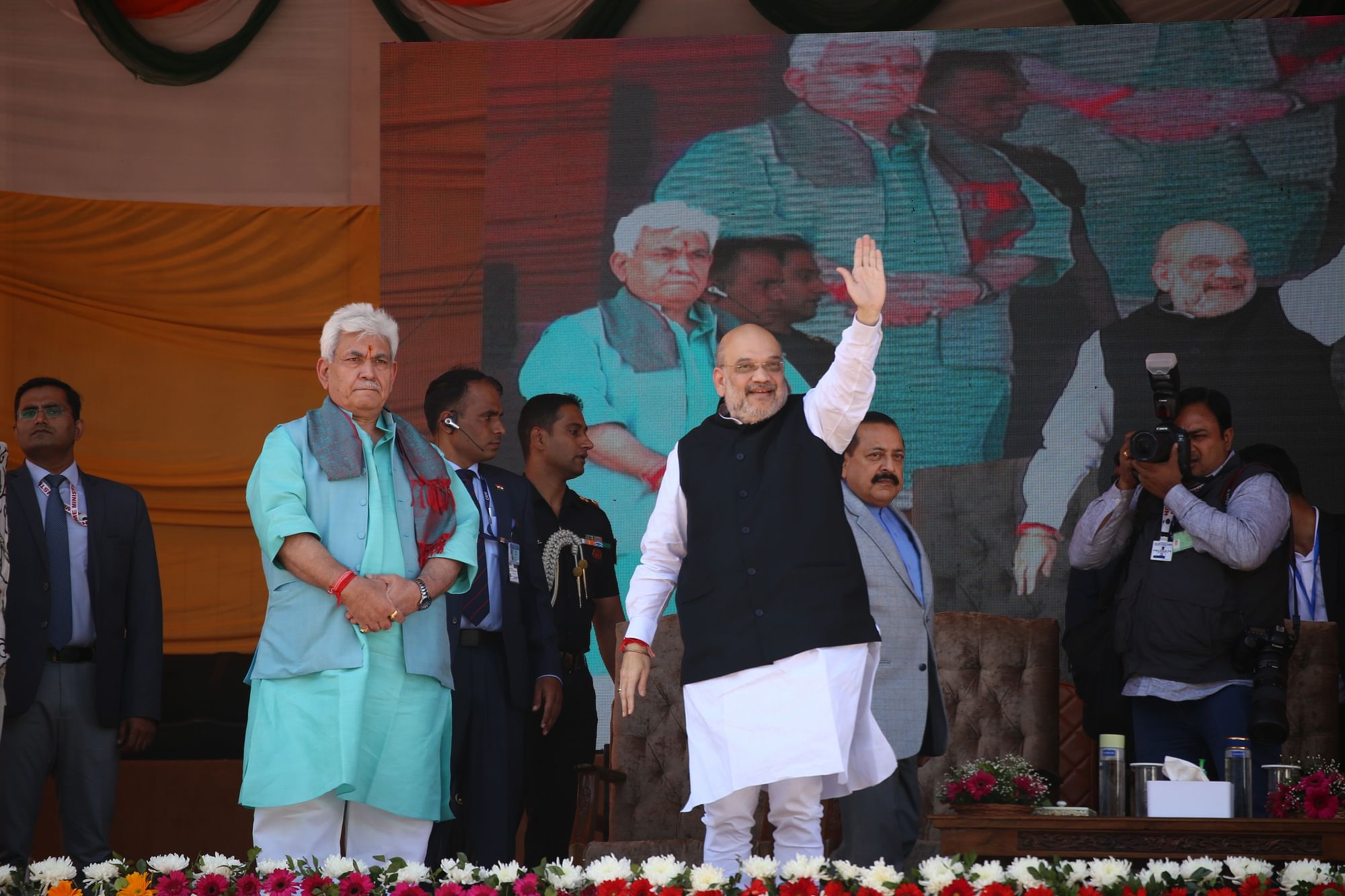 Amit Shah waves at crowd during a public rally at the Showkat Ali Stadium in Baramulla district of Kashmir | Photo: Sajad Hameed

Urging the youths to shun the path of violence, Shah said terrorism has claimed 42,000 lives in Jammu and Kashmir since the 1990s and asked whether it has ever benefited anyone.

He blamed the families of the Abdullahs (National Conference), Muftis (PDP) and Nehru-Gandhi (Congress) for the lack of development in Jammu and Kashmir as they ruled the erstwhile state for most of the years since the country's independence.

Shah said the Modi government does not tolerate terrorism and wants to wipe it out. "We want to make Jammu and Kashmir as the most peaceful place in the country," he said.

Shah said some people often talk about Pakistan but he wanted to know how many villages in Pakistan-occupied Kashmir have electricity connections.

"We have ensured in the last three years that all villages in Kashmir now have electricity connection," he said.

Coming down heavily on the three political families for the second consecutive day, the home minister alleged that their rule was full of misgovernance, corruption and lack of development.

"Mufti and company, Abdullah and sons and the Congress have done nothing for the welfare of the people of Jammu and Kashmir," he said.

The home minister repeated what he had said at his rally in Rajouri on Tuesday that earlier, power in Jammu and Kashmir was with three families, 87 MLAs and six MPs.

"Now 30,000 people, who were elected representatives of panchayat and districts councils, are part of the governance process," he said. "We have started a political process. I want to assure you that once the work of publishing electoral rolls by the Election Commission is completed, elections will be conducted with full transparency and your own elected representatives will govern here," the Union minister said.

Shah said due to Article 370, there was no reservation for the SCs and STs but after its abrogation, quota benefits could be given to Gujjars, Bakarwal and Pahadis.

"Everyone will get their due share under the reservation. There will be no loss of share for anyone," he said. 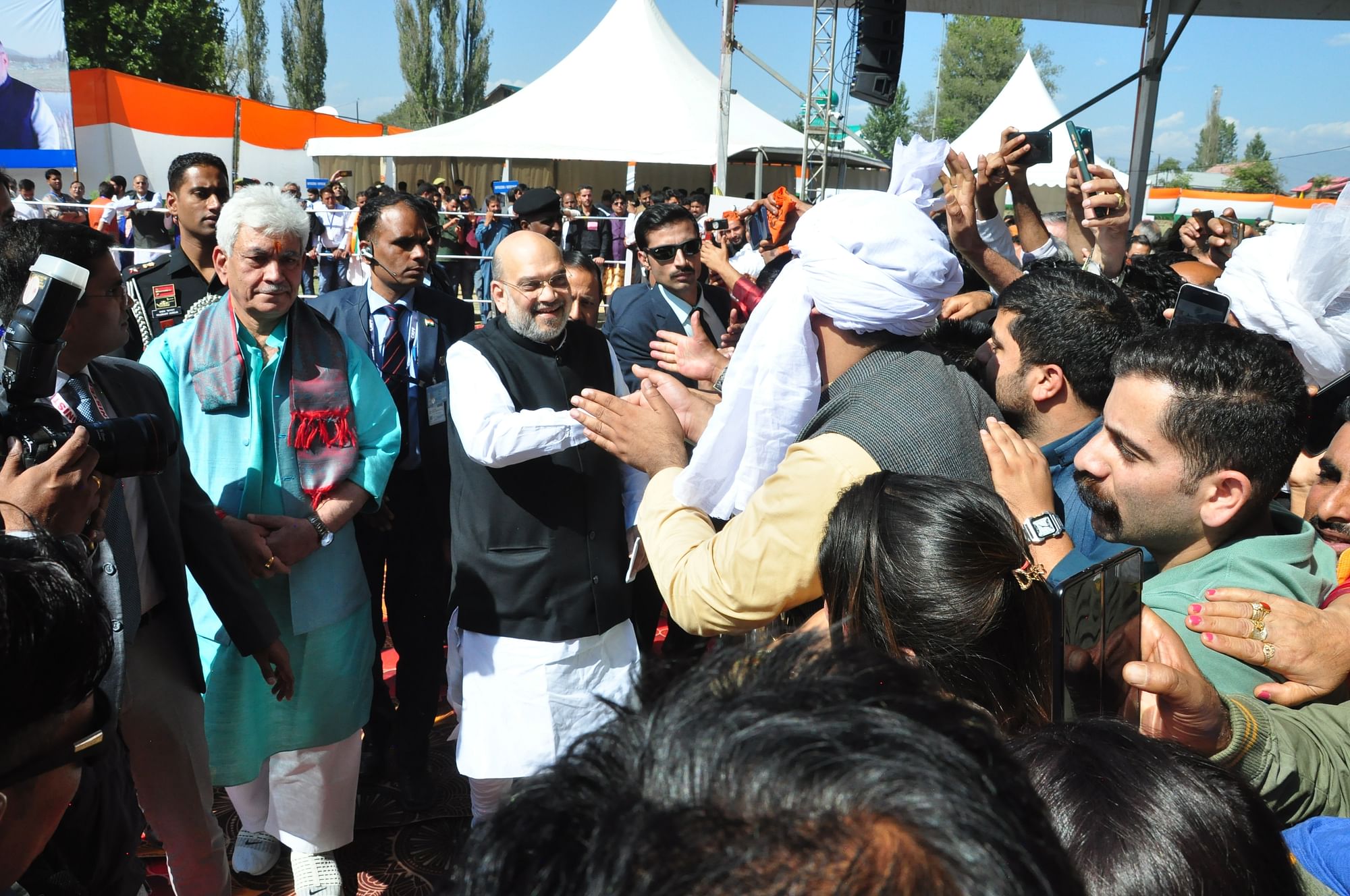 On Tuesday, Shah announced that ST reservation benefits will be given to the Pahadi community along with Gujjar and Bakarwal communities following a recommendation of the Sharma Commission.

He said even though 42,000 people lost their lives due to terrorism, no politician lost his son. Shah said due to the improved security situation, 22 lakhs tourists have visited Jammu and Kashmir this year so far. 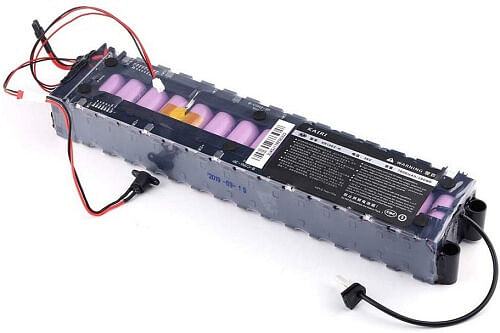