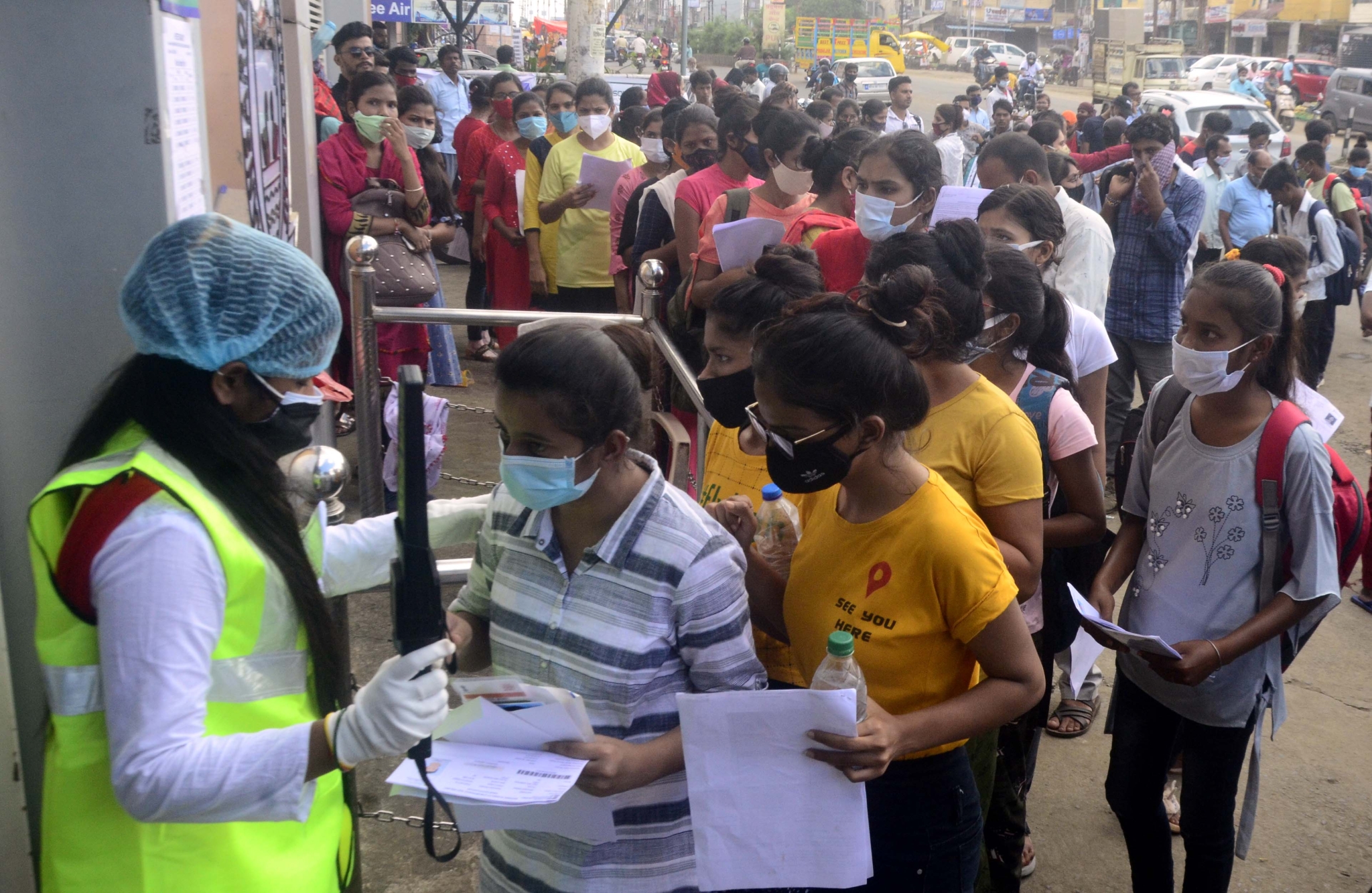 The police arrested a 10-member gang recently which was engaged in helping financially sound students crack the NEET exam with the help of dummy candidates who were made to take the test in their place by editing the pictures of the real candidates on admit cards.

Surprisingly, these accused confirmed to police officials that they too were 'working hard' since the last one year to zero in on the dummy candidates. It was a hard task to find such candidates who could take the test and help the real candidates crack the exam, they revealed during interrogation.

The police arrested this 10-member gang a few hours before the start of the NEET exam on Sunday.

The police received a tip-off that Anil Nimawat and Shardul were working to make dummy candidates take the test by accepting a large amount of money from the real candidates.

When the police checked the mobile phone of Anil, they were stunned to find the pictures, Aadhar and chat details with money transactions on the same. Police also figured out a detailed list of 15 names and other bank details and hence started arresting the accused persons since Saturday night.

The dummy candidates were convinced to take the test and were given a big amount of money in return.

Arrested on Sunday, police have taken the 10-member gang on remand till September 15 and seized one laptop and 15 mobile cells from their possession.

Officials confirmed that the gang had plans to bring in fake examinees in the exam; however, they were arrested after the police acted on a tip-off.

Police investigation confirmed that the gang started its search for dummy candidates a year back from those students who have taken the test and cleared it. Most of these are students who are pursuing MBBS now. They were convinced to sit for the real candidates and pass the test.

Those from a poor background were chosen and the pictures of the candidates edited on the admit card to help them take the test, said officials.

They confirmed that the dummy candidates were also helped financially from time to time so that their faith in the gang remained intact.

Police got the details about the operation of the gang on WhatsApp chat via a tip-off which carried the money transaction and students' details. Further investigations are on in the matter.