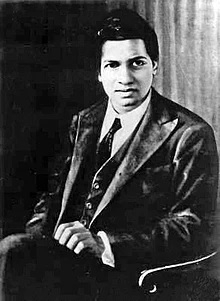 Mathematics is not just subject it is such a powerful tool which help us to understand every equation also the most important theory of the creation of universe and its others components. Every year, National Mathematics Day is celebrated throughout India to raise awareness about the importance of Mathematics in daily lives, and how Mathematics plays a major role not only as a subject but as a development factor in an individual’s daily life.

From the ancient times people used this language in many aspects while building a pyramid, or house even today’s Modern buildings to slove or research about a scientific elements or finding any theory, mathematics used everywhere.

India can’t ignore the contribution of the mathematics genius Srinivasa Ramanujan. For that reason every year on 22nd of December on the occasion of his birth anniversary the country celebrates it as the National Mathematics Day.

Here are some interesting facts you need to know about the genius mathematician:

1. Ramanujan was gifted in mathematics from a young age. He could ace advance mathematical problems from the tender age of 11

2. The interest in the subject had been sparked by a book called A Synopsis of Elementary Results in Pure and Applied Mathematics by George Shoobridge Carr. Ramanujan had come across the book in 1903 when he was 15 years old and found himself engrossed in the world of theorems and proofs

National Mathematics Day: History, significance and all you need to know

3. He was extremely talented in terms of maths but could not find any interest in other subjects. He received a scholarship for college which had to be nullified as Ramanujan had failed in all the subjects, except for maths

4. The scholar lived his life in poverty until he was discovered by R Ramachandra Rao, the secretary of the Indian Mathematical Society, in 1910. Although he was sceptical about Ramanujan’s genius at first, he agreed to financially support him

5. He was advised by several people to go to England for better opportunities and exposure. Ramanujan began writing letters of introduction to professors at Cambridge but he faced failure. It was said that his letters were too unpolished

6. Ramanujan kept his theories and mathematical ideas in his notebooks. In one of these was the new series to represent 1/pi in a lot faster method than what was established then.

7. His letter to well-known English mathematician GH Hardy hit the bull’s eye as the professor recognized Ramanujan’s talent. The duo began writing letters to and forth that led to Hardy inviting Ramanujan to the west.

8. Hardy and Ramanujan are also famous for their special number, known as the Hardy-Ramanujan number. It is 1729, the smallest number expressible as a sum of two cubes in two different ways. “We want our students to move past the fear of mathematics"