National Energy Conservation Day 2020: What are the initiatives taken by the government?

National energy conservation day is celebrated every year by the people all over the India on 14th of December.
Rajeshwari Venkitasubramanian 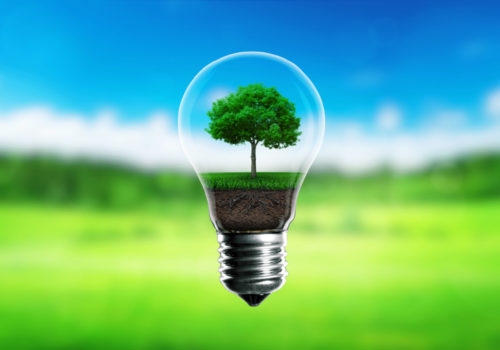 National energy conservation day is celebrated every year by the people all over the India on 14th of December. The Energy Conservation Act in India was executed by the Bureau of Energy Efficiency (BEE) in the year 2001.

National Energy Conservation Day – Why is it Celebrated?

Standards and Labelling by the Bureau of Energy Efficiency (BEE)

This program is intended to reduce the energy consumption of appliances by providing the consumer with an informed choice about the energy saving and thereby the cost saving potential of the product. It was initiated for equipment and appliances in 2006.

2Energy Conservation Building Codes (ECBC) by the Ministry of Power

ECBC was launched by the Ministry of Power in 2007, as an effort to promote energy efficiency in the building sector. The laid down design norms meant that ECBC-compliant buildings may use 40 to 60% less energy than other buildings being constructed at the time.

NMEEE is one of the eight missions under the National Action Plan on Climate Change (NAPCC), with the main aim of strengthening the market for energy efficiency. By the use of innovative policies and effective market instruments, the Government of India wanted to promote energy efficiency in the market through a regulatory and policy regime.

School Education Program by Bureau of Energy Efficiency and NCERT

By virtue of the establishment of Energy Clubs in schools, BEE is promoting the significance of energy efficiency in the next generation. It is also implementing the Students Capacity Building Programme under the Energy Conservation awareness scheme and is looking to create text/material on Energy Efficiency and Conservation to be incorporated into the existing NCERT textbooks.

The UJALA acronym stands for “Unnat Jyoti by Affordable LEDs for All”, and the scheme aims at promoting efficient lighting for the masses which reduces electricity bills and thereby, also preserves the environment. It is achieving its goal through Efficient light bulbs like Light-emitting Diode (LEDs) which consume only one-tenth of the energy used by an ordinary bulb and provide the same illumination output. The Electricity Distribution Company and Energy Efficiency Services Limited (EESL) have been tasked with implementing this scheme across the nation.