HomeIndiaMy dream turned into a nightmare as I woke up in a pool of blood: MP bus crash survivor recalls accident

My dream turned into a nightmare as I woke up in a pool of blood: MP bus crash survivor recalls accident

Choudhary was one of the passengers who was travelling in the sleeper bus that rammed into a trailer-truck from behind in Rewa district of Madhya Pradesh late Friday night that left 15 persons dead and 40 injured.

My dream turned into a nightmare as I woke up in a pool of blood: MP bus crash survivor recalls accident | Fpj
Follow us on

Thirty-year-old labourer Subhash Choudhary was in deep slumber and dreaming about Diwali for which he was going home in Uttar Pradesh in a bus. But a loud thud broke his sleep and his dream soon turned into a nightmare as he saw people writhing in pain and lying in pools of blood around him.

Choudhary was one of the passengers who was travelling in the sleeper bus that rammed into a trailer-truck from behind in Rewa district of Madhya Pradesh late Friday night that left 15 persons dead and 40 injured. 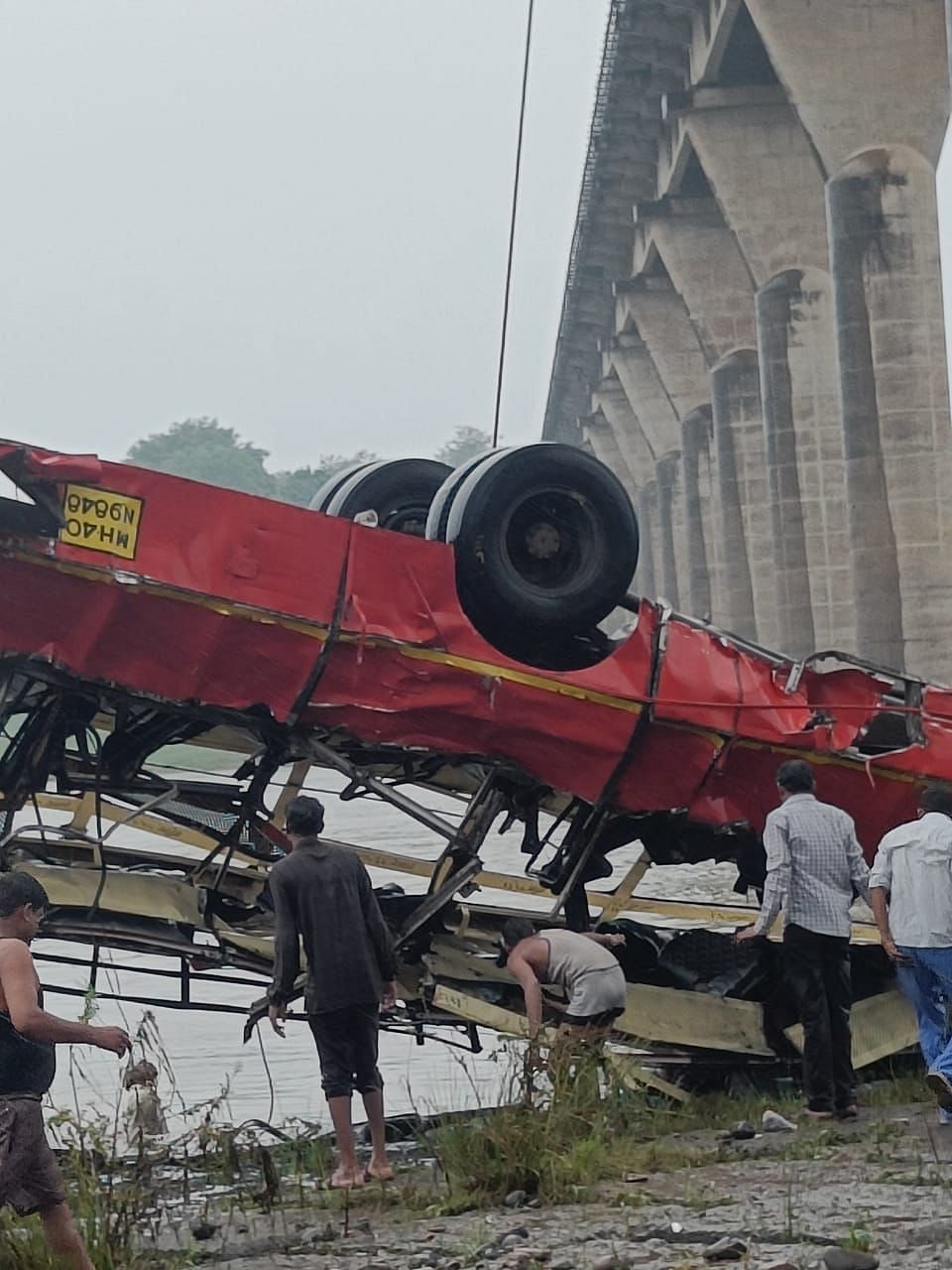 Although Choudhary survived the accident, he suffered injuries on his hand and legs. He was going to his hometown Maharajganj in Uttar Pradesh from Hyderabad to celebrate Diwali with his loved ones. But the accident shattered his dream as he is now undergoing treatment in a hospital in Rewa.

"I was fast asleep and celebrating Diwali in my dream as the festival of lights is just three days. I had gone to sleep after having dinner with fellow passengers. But I woke up to a loud thud. In a second or two, cries like 'God save me, God help me' resonated in our bus," he said.

"My dream soon turned into a nightmare and I literally felt stars were tumbling around me. I was writhing in pain and there were several others like me. I saw helpless people in pools of blood inside the bus. Some of them were not responding, while some others were gasping for breath," he added.

Choudhary is currently being treated at the Sanjay Gandhi Hospital in Rewa.

"Our dream to return home and celebrate the festival turned to ashes. I became numb," he added. Other survivors recall the horror

Another survivor, Manish Sakat (21), also a resident of Maharajganj, sustained injury on his head and chest. Speaking in a feeble voice, he said the deafening sound of the bus crash and the cries soon afterwards left him terrified and compelled him to shut his eyes.

"I was so frightened that I closed my eyes. After that I don't know what happened. After some time, I regained my consciousness only to find myself in Sanjay Gandhi hospital," he told PTI.

Rewa Superintendent of Police Navneet Bhasin said 15 people were killed and 40 injured in the accident.

"The victims were mostly labourers returning home to UP for Diwali. The bus was also from that state," he said.

The bodies of the driver and conductor were pulled out from the mangled front portion of the bus with the help of gas cutters, Bhasin said.

"The ill-fated bus was negotiating a mountain road in Sohagi ghati, when it rammed into a trailer-truck from behind on national highway (NH)-30, about 60 km from the district headquarters," he said.

Process has been initiated to send those persons, who have suffered minor injuries, to Uttar Pradesh by making alternative travel arrangements for them, he said.

"By evening, more than 25 will be sent to Uttar Pradesh," he said.

The death toll is unlikely to rise, the SP said.