The bus involved in the mishap | FPJ

Bhopal, July 18 (IANS) Thirteen people have died after a Maharashtra State Road Transport Corporation (MSRTC) bus plunged into the Narmada river in Madhya Pradesh, Chief Minister Shivraj Singh Chouhan said on Monday, adding that five of the victims have been identified so far.

The incident occurred on a bridge connecting Dhar and Khargone districts. The bus has been pulled out of the river, while four teams of National Disaster Response Force (NDRF) are still carrying out the rescue operation.

Chouhan also announced that the state government will provide ex-gratia of Rs 4 lakh to the family members of each of the deceased person. The bodies of the deceased will be transported to their respective homes, Chouhan added.

It was raining heavily in the Dhar-Khargone region and the water in Narmada river was flowing above the danger mark when the incident took place, making the rescue work all the more difficult.

Chouhan said he has assured the Maharashtra government that the state government will provide all possible help to the accident victims.

"I have spoken to Maharashtra Chief Minister Eknath Shinde and Deputy CM Devendra Fadnavis and assured them that the Madhya Pradesh government will provide all possible help to rescue the accident victims. I have asked my Cabinet colleague Kamal Patel to reach the spot and he is on his way," Chouhan said.

Inspector General (IG) of Khargone, Rakesh Gupta, said that five out of the 13 deceased persons have been identified so far.

"Three of them were from Jalgaon (Maharashtra) while two were from Rajasthan. The process of identification and rescue operation are still underway," Gupta said.

Meanwhile, the Maharashtra government has also announced Rs 10 lakh each for the family members of the deceased and full medical expense for the treatment of the injured persons.

At around 10.15 am on Monday, the MSRTC bus, which left Indore at 7.30 am for Amalner in Jalgaon, tumbled into the Narmada river from a bridge between Khalghat and Tikri in Dhar. 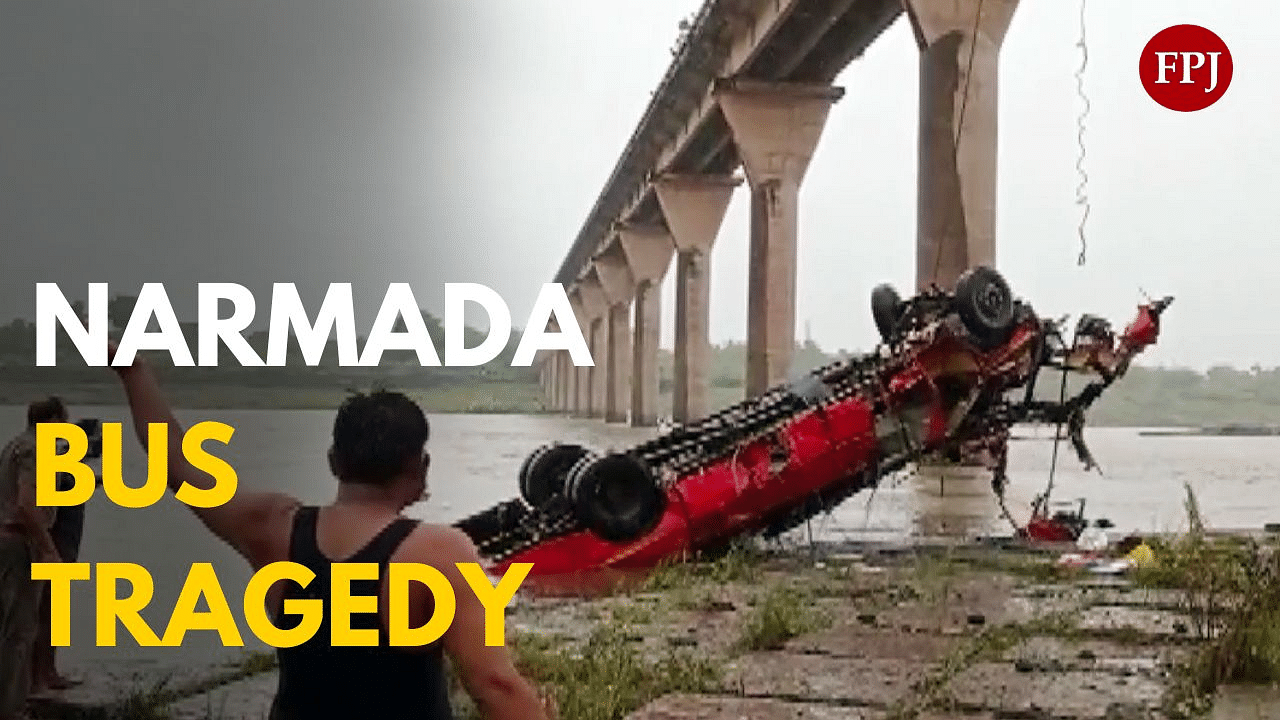