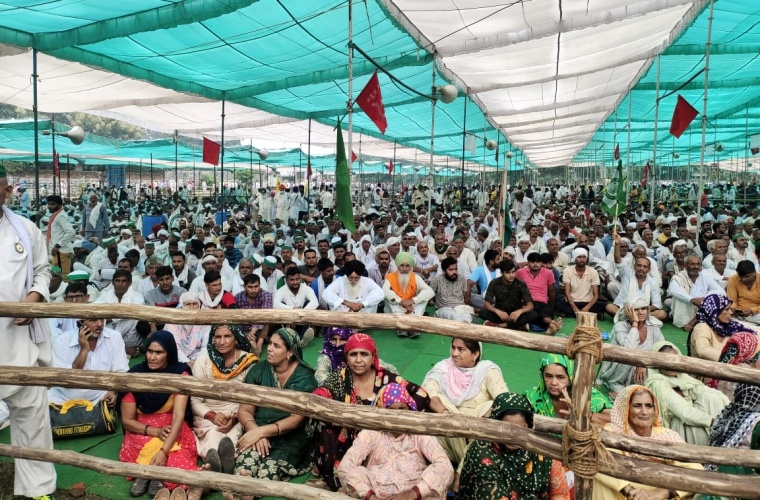 Farmers gather in huge quantity at Kisan Mahapanchayat, in Muzaffarnagar on Sunday. | ANI

Lucknow: It was a grand rally of five lakh farmers at the Samyukta Kisan Morcha mahapanchayat in Muzaffarnagar in UP on Sunday.

Among other things, the gathering resolved to continue with its struggle against the Centre and the Yogi government on farm laws, abysmally low cane procurement price, backlog of dues, etc.

Enthused at the huge turnout in the State’s ‘Wild West,’ the leaders announced that a similar panchayat may be held in Prime Minster Narendra Modi’s constituency Varanasi. "The second PMO (Prime Minister's Office) is in Varanasi (PM Modi's Lok Sabha seat). Panchayats will be held there as well as in Lucknow," farmer leader Rakesh Tikait told a TV channel.

The joint front of farmers’ organization also gave a call for nationwide Bandh on September 27.

Hitting out at the UP government, Tikait lamented at the rally that for the last four years sugarcane price has not been increased. In its election manifesto, the BJP had pledged to pay Rs 450 per quintal, but this assurance remained on paper only.

To add to their myriad problems, sugar mills owe Rs 12000 crores to farmers in backlog of cane dues; but those asking for the arrears have been dubbed as ‘anti-national’. The farmers were also agitated over the three farm black laws, which will ruin them. They wanted a guarantee for the minimum support price. 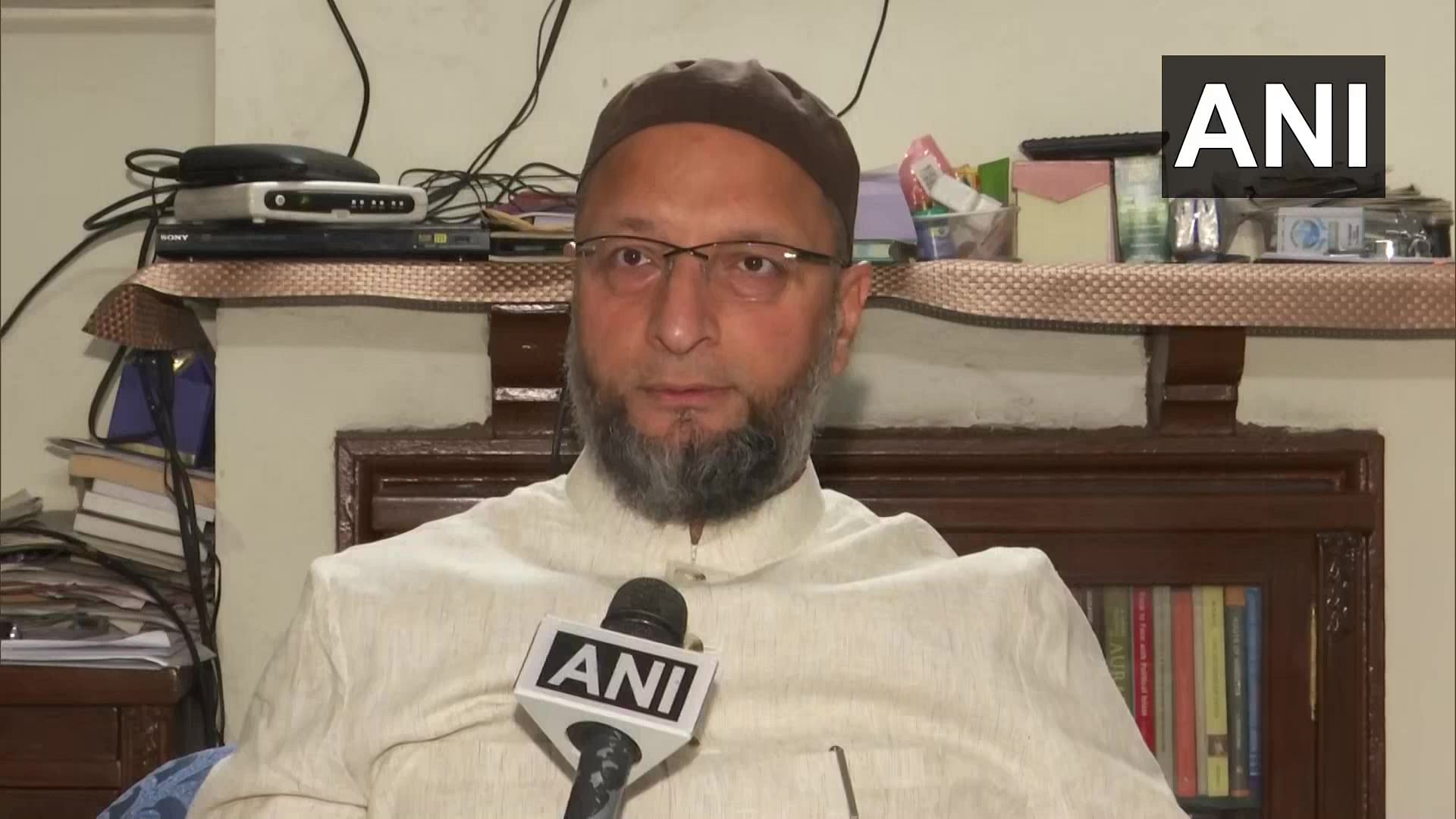 Uttar Pradesh: Before Asaduddin Owaisi’s visit, controversy erupts over him referring to Ayodhya...

Lashing out at the Union government, Tikait said recently a vehicle policy was unveiled which says 10-year-old tractors should be kept off roads, which is detrimental to the farmer’s interest. He also hit out at the rampant privatization of the farm sector and handing over of FCI godowns to a business house.

At the Mahapanchayat, almost everyone targeted the prime minister and UP chief Minister Yogi over anti farm policies. However, Tikait was soft on Union Minister Rajnath Singh and asked him to mediate in the matter and resolve the issues.

Though most participants at the rally were from west UP and Haryana, there was a good draw from east UP and other states -- Tamil Nadu, Madhya Pradesh, Maharashtra, Karnataka and Punjab. The entire opposition, including the Rashtriya Lok Dal (RLD), the Congress and the Samajwadi Party had extended their support to the panchayat.

There was support for the panchayat from an unusual quarter -- BJP MP Varun Gandhi said in a tweet that the lakhs of farmers who have gathered to protest ‘’are our own flesh and blood.’’

We need to start re-engaging with them in a respectful manner: understand their pain, their point of view and work with them in reaching common ground,’’ he added.

The deputy chief minister of UP, Keshav Prasad Maurya, sounded conciliatory and advised that farmers should not get carried away by the false claims of the opposition. Maurya said that his government is not against farmers and it would do everything for their welfare. 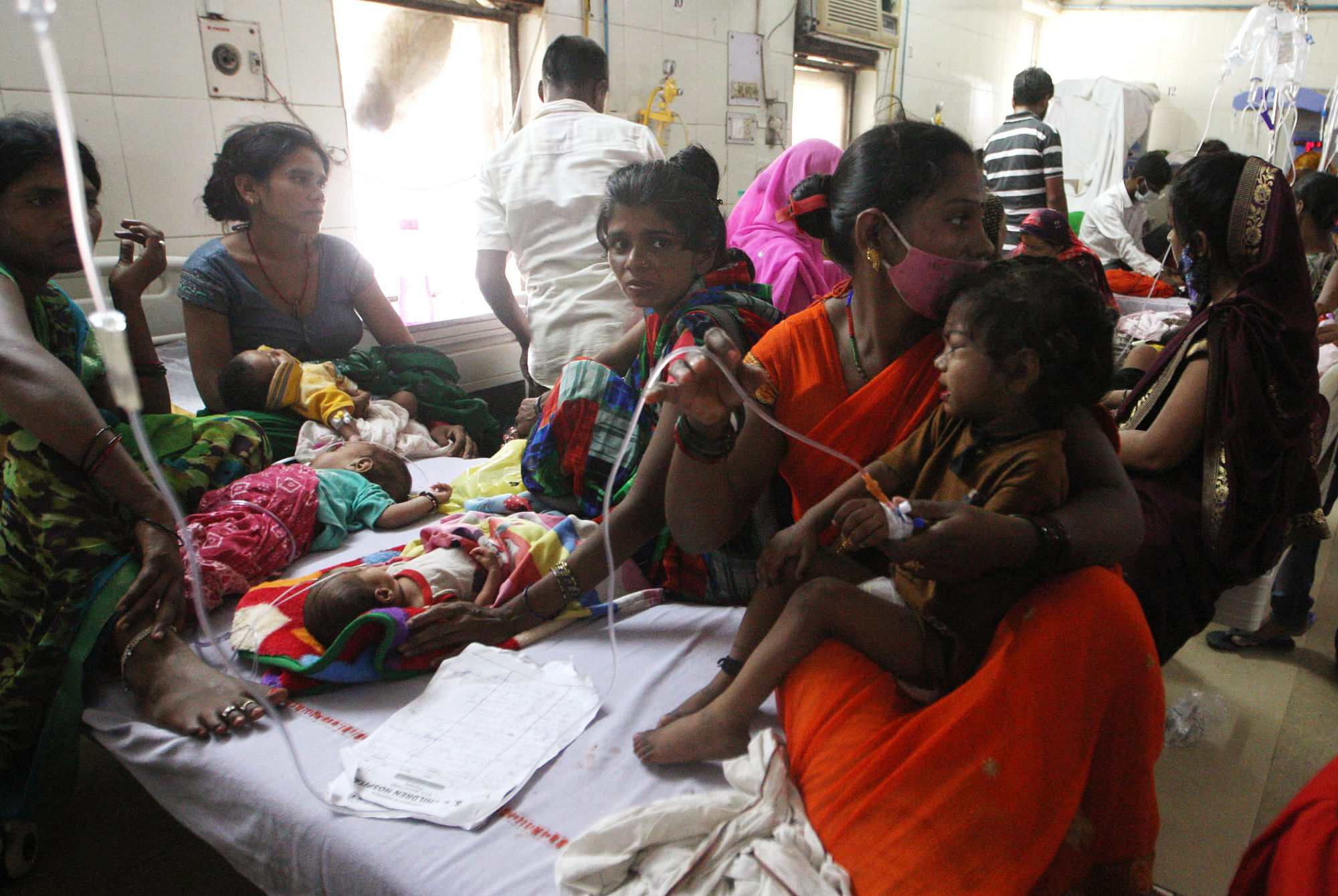