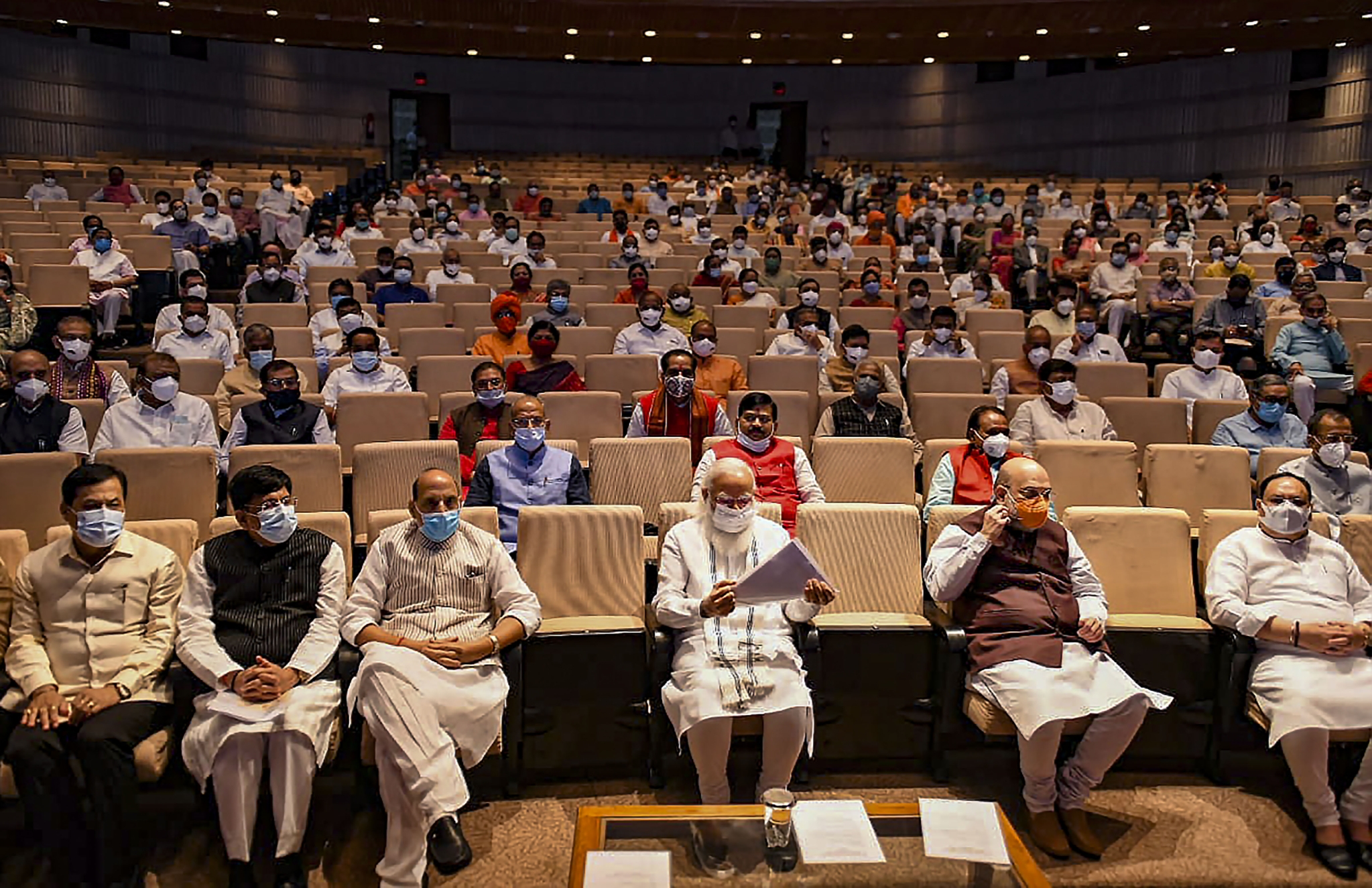 New Delhi: BJP Parliamentary Party meeting will be held at the Parliament on Tuesday morning.

"A meeting of BJP Parliamentary Party will be held at 9.30 am on Tuesday, the 27th July 2021 in the GMC Balayogi Auditorium of Parliament Library Building (PLB)," reads a notice.

"All BJP Members of Lok Sabha and Rajya Sabha are requested to attend the meeting in time," it added.

The BJP had also held a parliamentary party meeting on July 20 before the commencement of proceedings on the second day of the monsoon session.

The meeting was attended by all MPs of the party including Prime Minister Narendra Modi and Union Home Minister Amit Shah.

Amid an uproar by the Opposition, Lok Sabha has been adjourned till 2 pm on Monday.

Lok Sabha resumed on Monday on the fifth day of the Monsoon session. However, soon after the resumption of House, the opposition parties created ruckus over the issue of the 'Pegasus Project' report and farmers' protest.