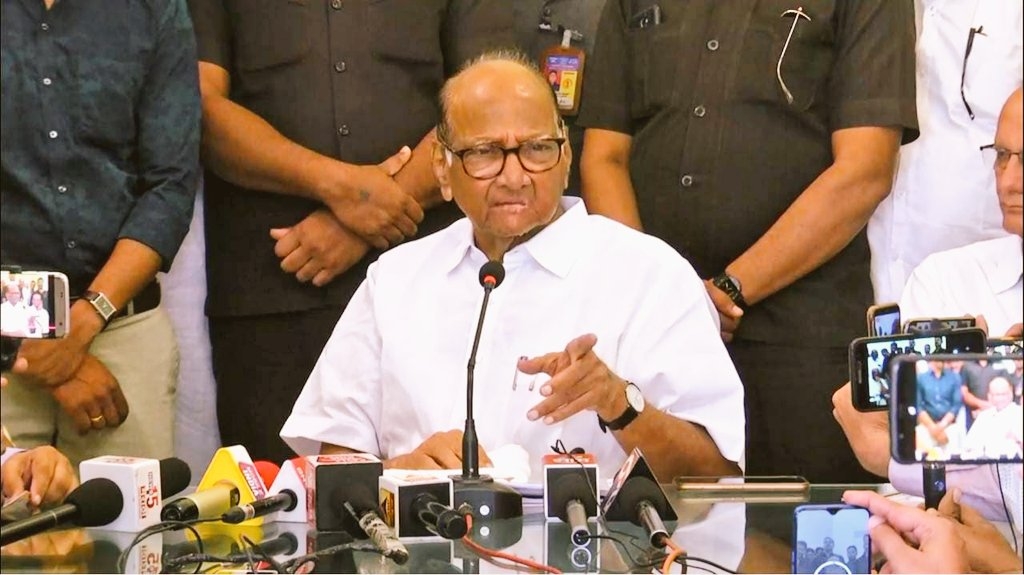 “For years in our country, whenever we think of who our friends and enemies are, the Indian mind always throws up Pakistan’s name first as the enemy. But, for years, I have been holding the opinion that our true concern is not Pakistan… but only China has the real strength to pose a challenge to our interests for the long-term due to its strength, vision and program. China is a huge threat for our country,” noted Pawar. He added that China’s military prowess outnumbered that of India by 10:1.

The second part of Pawar’s interview with Shiv Sena Rajya Sabha MP Sanjay Raut was carried in the Shiv Sena mouthpiece Saamna on Sunday. Raut is the executive editor of the daily.

The economy has almost collapsed. The country needs another Manmohan Singh, to salvage the situation, but the Modi government does not want advice from sector experts, said Pawar.

Calling for an out-of-the box approach on lines of that taken by former Prime Minister P.V Narasimha Rao and his finance minister Manmohan Singh to overcome the financial crisis in the 1990s, Pawar urged Modi to follow suit and seek the advice of sector experts. Ruing that however, this was not happening, he added that the economy, including agriculture, manufacturing and the banking and financial services sector, was in trouble.

Noting that the Centre must aid the States during the crisis as its responsibility, Pawar suggested that the Centre could print currency notes and raise funds from international lenders and multilateral agencies like the Asian Development Bank and World Bank.

While Prime Minister Narendra Modi has referred to Pawar as his “guru” in the past, the NCP chief said there were no “gurus” in politics, and such nomenclatures were bestowed and positions taken as a part of political convenience.