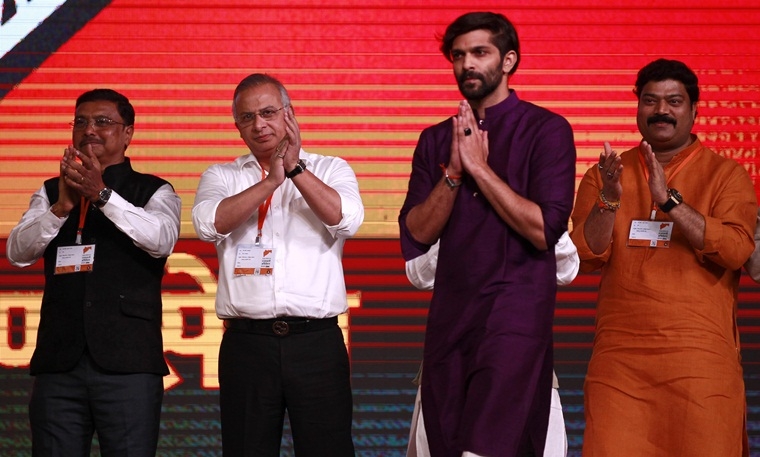 In a major shift of stance, the Maharashtra Navnirman Sena (MNS) on Thursday unveiled it's new flag at a party conclave at Goregaon's Nesco ground. At an official resolution passed at the party conclave, MNS has launched Amit Thackeray as the leader of the party.

The party which maintained low profile following the Maharashtra assembly polls unveiled it's flag's new look on the day of the birth anniversary of Shiv Sena founder, Late Bal Thackeray.

The new saffron coloured flag has a seal of the seventeenth century warrior king Chatrapati Shivaji Maharaj 'Raj Mudra' in the centre.

The flag was unveiled with Hindutva icon, Veer Savarkar's picture in the background clearly indicating MNS alignment towards the pro-Hindutva ideology. 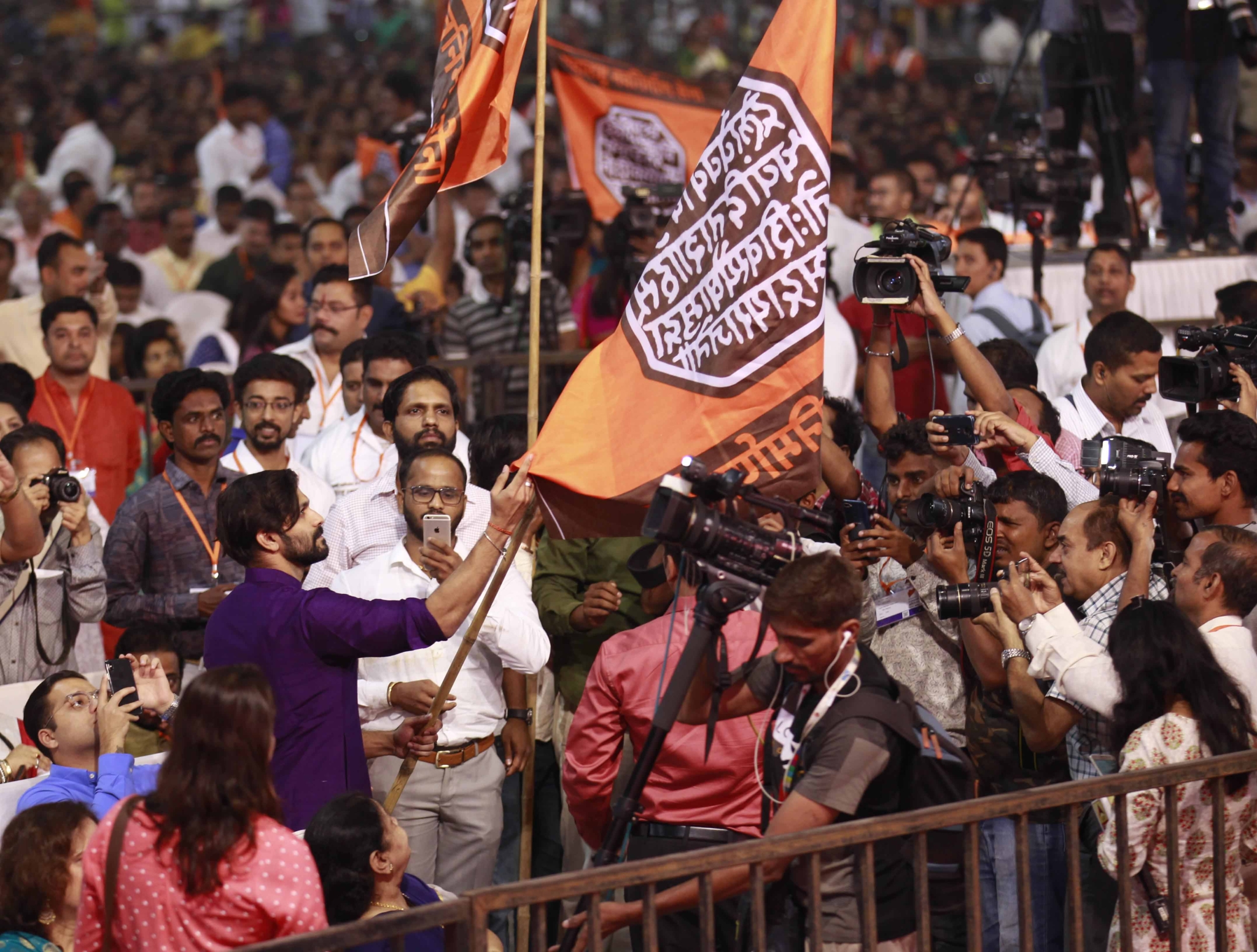 While Sena's Hindutva ideology is seen to be at the odds with it's coalition formed with the Congress and Nationalist Congress Party (NCP), the MNS's alignment towards Hindutva can be an attempt to woo the disgruntled Shiv Sainiks.

Earlier MNS leader Sandeep Deshpande stated the revamped image of the party is meant to give Maharashtra a new image and bring a new 'twist' on the polity of the state.

Earlier the MNS flag comprised of stripes of saffron,green and blue which represented the Hindus, Muslims and the Dalits, interspersed with white.

The new flag was unveiled and hoisted by the hands of MNS supremo, Raj Thackeray alongside his son Amit, wife Sharmila and mother Kunda. 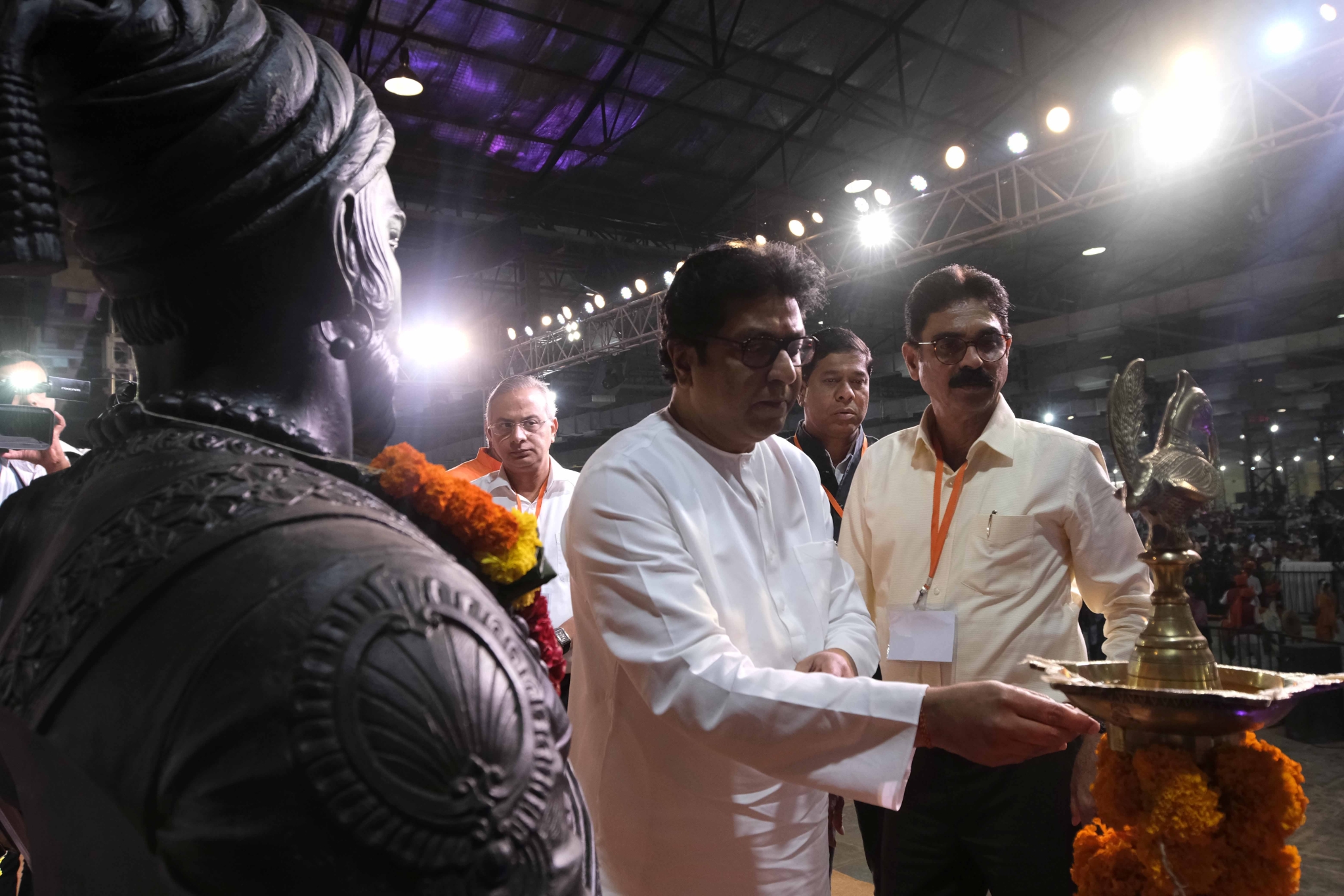 Ahead of the event, the MNS chief place Garlands on the pictures of Chhatrapati Shivaji, Veer Savarkar and B.R Ambedkar.

It is believed, MNS will be making some new announcements on the conclave however, Raj however maintained he will make the announcements during his speech scheduled at 5 in the evening. 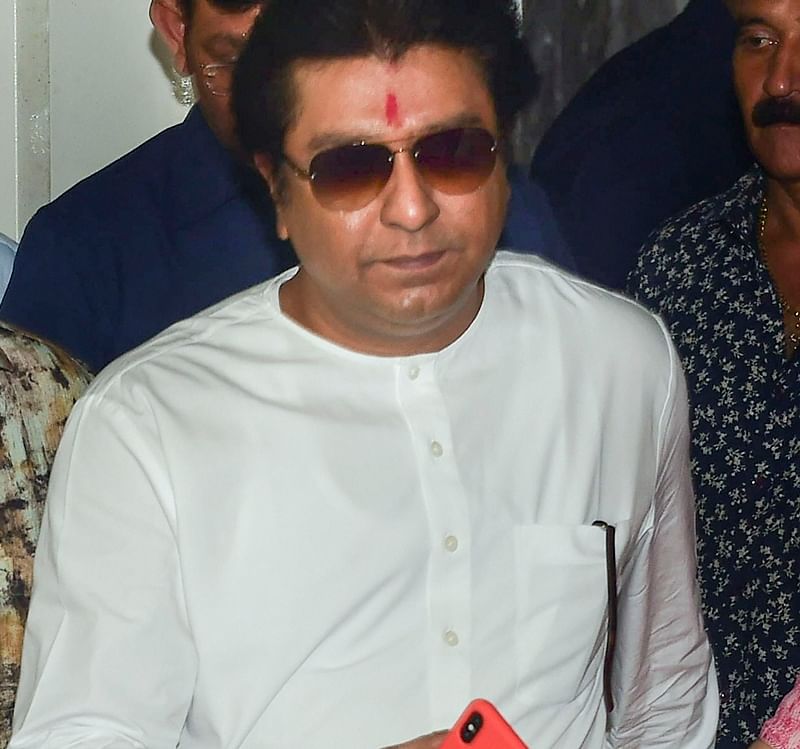