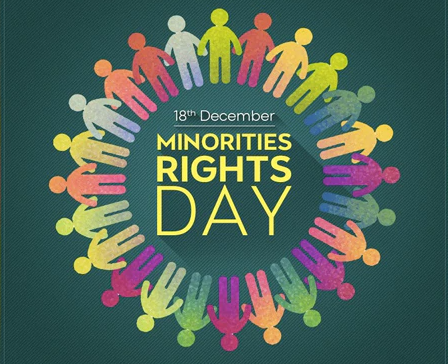 Human rights are rights of every human on this planet, while the minority rights day promote the idea of upholding the rights of all human beings despite the number. Minorities do matter in every country, also require special measures to ensure that they benefit from the same rights as the rest of the population. Thus, this day notes to remember them and respect their rights. Human Rights Day 2021: Significance, theme - All you need to know

Dating back to the pages of history, the Minorities Rights Day was first observed in India on December 18, 2013. It was on December 18, 1992 that the United Nations declared the Statement on the Individual's Rights belonging to Religious or Linguistic National or Ethnic Minorities. However, in 2006, a Ministry of Minority Affairs was set up in our country. This ministry was formed out of the Ministry of Social Justice and Empowerment.