Now, his pictures are going viral on the internet, where he can be seen posing with a cooker bomb.

Mangaluru: The main accused in cooker blast here on Monday, identified by the police as Sharik, has been admitted to the Father Muller Hospital in Karnataka's Mangaluru after he sustained 40-45 percent burn injuries due to a fire that broke out in an autorickshaw in the Kankanadi police station area at around 5 pm on Saturday.

Now, his pictures are going viral on the internet, where he can be seen posing with a cooker bomb. The police found this image and other explosive materials, nut bolts, and circuits.

"The premises were searched, and a lot of explosive material, matchboxes, nut bolts, and circuits were found. We've come to know sources of it because some purchases were made online & some others offline. We're working on it." said ADGP, Law & Order.

"Sharik's immediate handler was Arafat Ali, accused in 2 cases. He was in touch with Mussavir Hussain, accused in Al-Hind module case; Abdul Matin Taha was one of the accused, as per our info he's main handler of Sharik but Sharik in touch with 2-3 others yet to be identified," ADGP further added. 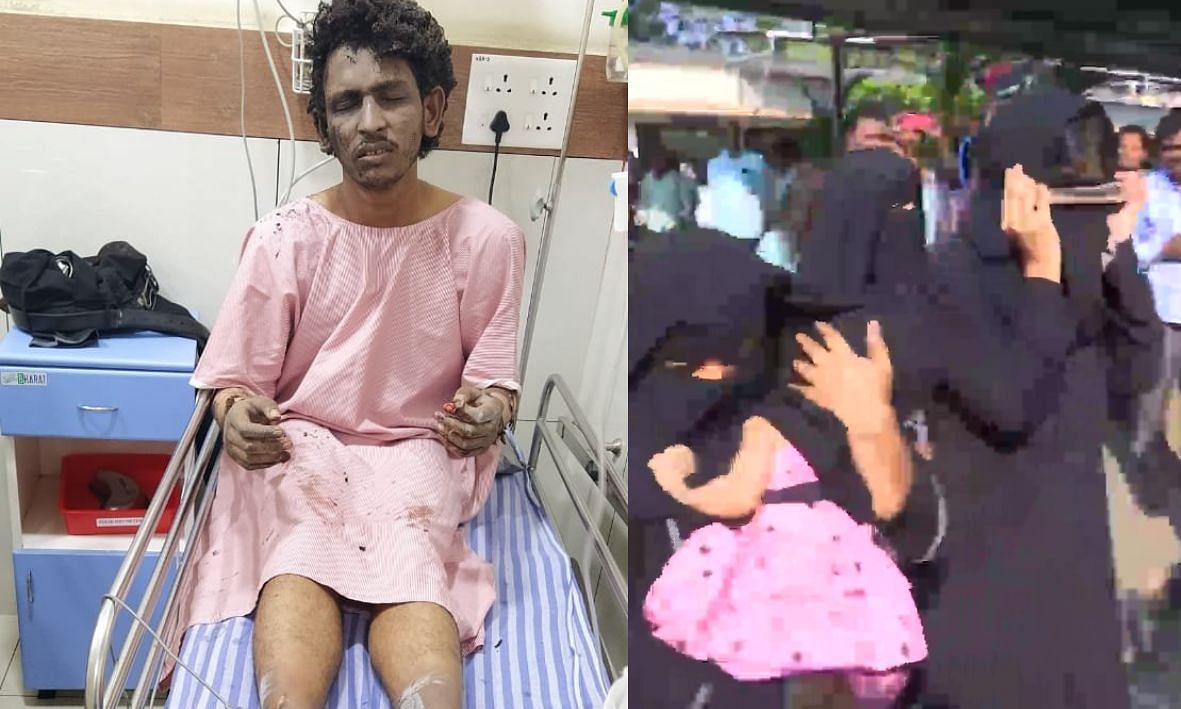 His name had earlier surfaced in a communal clash

His name had also earlier surfaced when a communal clash broke out over putting up the Hindutva ideologue Vinayak Damodar Savarkar's photo at a public place on August 15 in the district headquarters town of Shivamogga.

The vandals had gone on a rampage and stabbed Prem Singh, a servant in a nearby shop. In this connection, police arrested Mohammed Zabihulla alias Charbi, Syed Yasin and Maaz Muneer Ahmed while Shariq absconded.

Yasin and Maaz had told police at the time that they were "brainwashed" by Shariq. The group was planning to set up an Islamic State base in the country and wanted to "establish a Caliphate" in the country.

Shariq to establish a link with IS through messaging app

A messaging services app came handy for Shariq to establish a link with the Syria-based Islamic State (IS) militants from whom they got a PDF to learn how to make a bomb, a police officer from Shivamogga who investigated the case told PTI.

This year, the group prepared an improvised explosive device to carry out destruction and tested it on the banks of Tunga river. Their next target was to carry out explosions in various parts of Karnataka, the officer said.

"Shariq had made the gang members into believing that the independence India got from the British was not a real one. They need to struggle further to establish a Caliphate. Only then, India will get freedom", the Shivamogga-based terror module members had told the investigating police team then.

Family visited the accused at the hospital

The family of the accused in the Mangaluru autorickshaw blast on Monday arrived at the hospital to he has been admitted.

The accused, identified by the police as Sharik, has been admitted to the Father Muller Hospital in Karnataka's Mangaluru after he sustained 40-45 per cent burn injuries due to a fire that broke out in an autorickshaw in the Kankanadi police station area at around 5 pm on Saturday.

The auto driver and the passenger sustained burn injuries and have been admitted to the hospital, the Commissioner of Police (CP) of Mangaluru City N Shashi Kumar said on November 19.