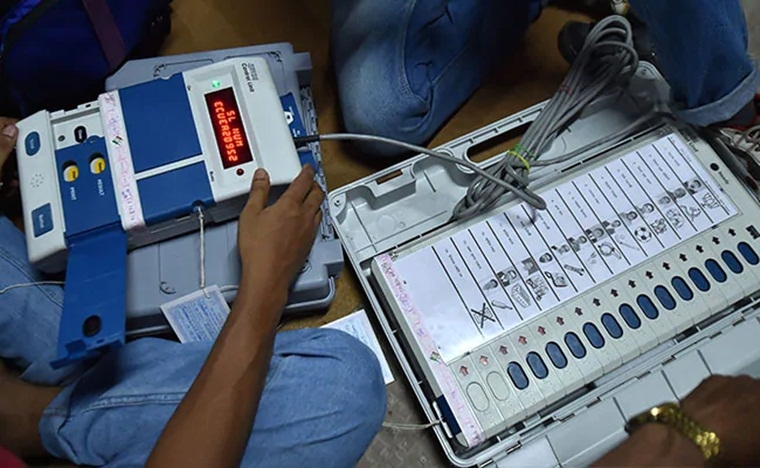 The results of Haryana and Maharashtra Assembly elections held on October 21 will be declared on Thursday (October 24). After the Maharashtra Assembly elections got over on Monday, more than half a dozen exit poll surveys have predicted a decisive return for the ruling Bharatiya Janata Party-Shiv Sena combine and a near-total rout for the Opposition Congress-Nationalist Congress Party alliance.

If it happens -- as the pollsters predict -- this will be BJP-Sena's fourth consecutive win in the politically second-most-important state -- two consecutive victories in Lok Sabha 2014, 2019, one in Assembly 2014, probably followed by 2019 -- with serious future ramifications for the battered and demoralized opposition.

The results will be announced on October 24, i.e., Thursday. The counting will start at 8 am. While initial trends will start trickling in soon after, a clearer picture is expected to emerge by afternoon. The final results are likely to announced by 5 pm.