'Mann Ki Baat' dislike spree which started after PM Narendra Modi skipped the topic of JEE and NEET in his address, has not yet settled down. As of now, lakhs of YouTube users have disliked the video uploaded by various YouTube channels and the dislikes are still increasing.

While netizens expected that PM Modi will talk about the ongoing controversy around various exams, several of them were disappointed after PM skipped the topic in his address.

After his program, Twitter started to trend #Mann_Ki_Nahi_Student_Ki_Baat against the decision of conducting the engineering and medical entrance tests - JEE (Main) April 2020 and NEET-Undergraduate examinations - in September.

Netizens did not just stop at this and many chose to dislike the video of 'Mann Ki Baat' on YouTube to mark their protest.

Currently, video on the YouTube channel of DD News, PMO India, Narendra Modi and BJP has more number of dislikes than likes.

Check out the number of dislikes at present: 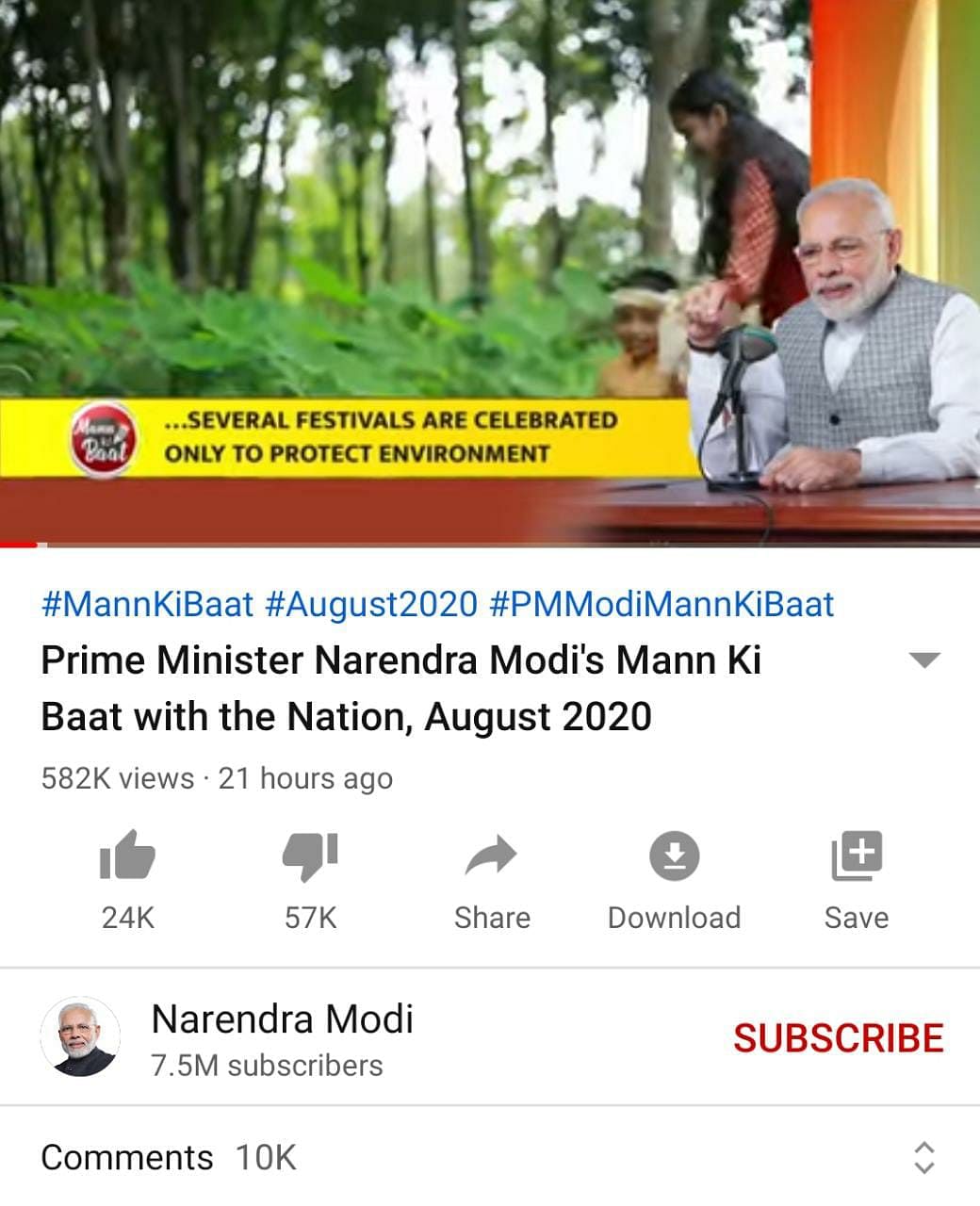 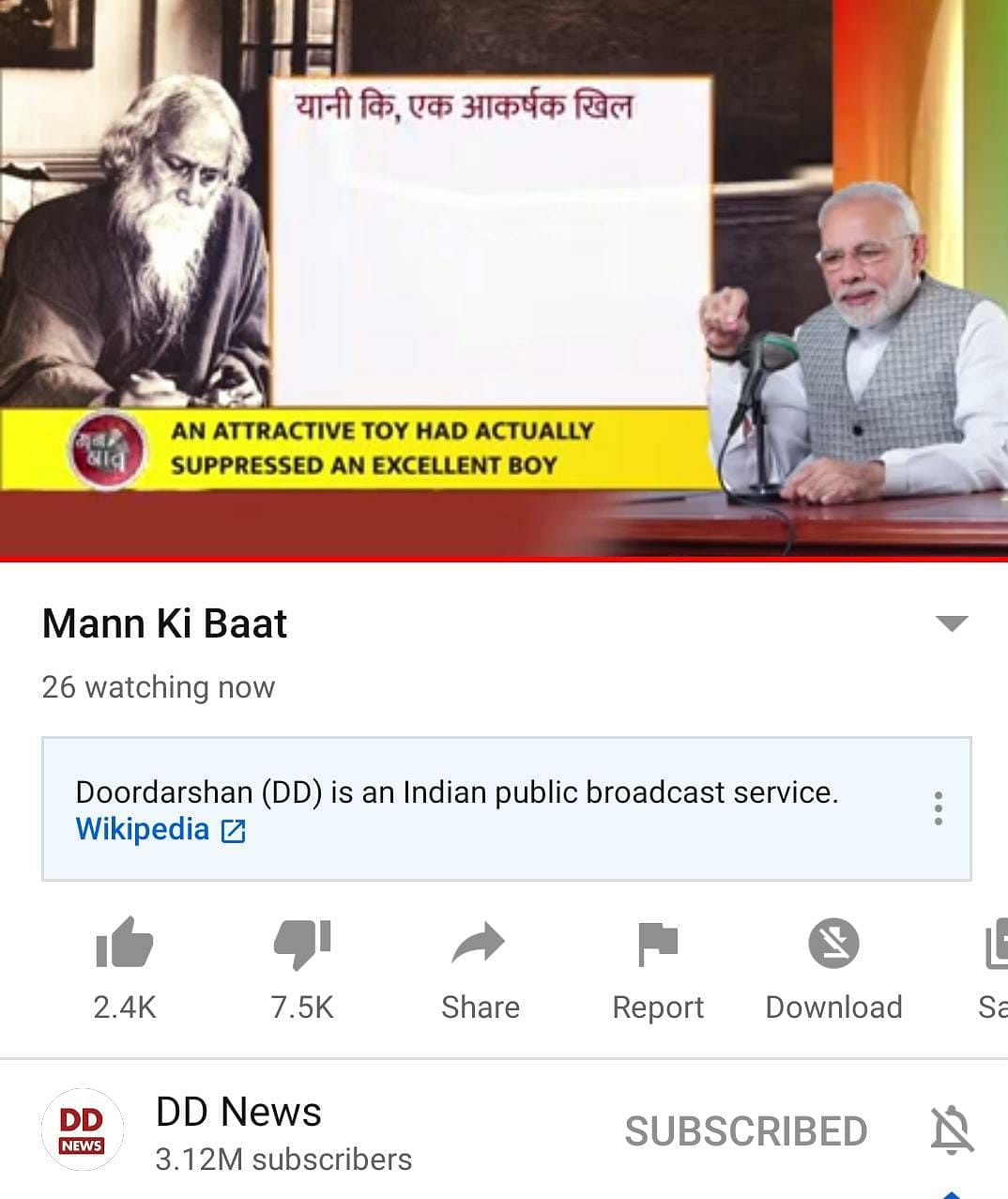 On BJP's YouTube channel, the comment section below the video was also flooded with comments related to the postponement of exams amidst pandemic. Several comments slammed the government over its handling of the issue.

In the wake of COVID-19 pandemic, parents and students wanted the postponement of JEE and NEET, however, the Ministry of Education clarified that the competitive exams will be held in September as it was scheduled.

As the date of the exam is coming closer, the outrage on social media is increasing day by day. Many politicians across the party lines have also supported the students in their protest.

As the COVID-19 cases surged in the country, several pleas were filed in the Supreme Court against the notification of conducting JEE and NEET in September. On 17 August, the Supreme Court dismissed a plea seeking postponement of these exams. The top court has said that the year of students "cannot be wasted" and life has to go on.

The plea, filed by 11 students belonging to 11 states, had sought quashing of the July 3 notices issued by the National Testing Agency (NTA), by which it was decided to conduct the exams in September.

The plea, filed through advocate Alakh Alok Srivastava, had referred to COVID-19 pandemic and said authorities be directed to conduct these exams only after normalcy is restored.

The plea had also alleged that authorities concerned have ignored the plight of lakhs of students from Bihar, Assam and northeastern states, which are presently reeling under flood, and conducting either online or offline exams in such places may not be possible.

(All the screen grabs were taken before 9 am)