Law Minister Kiren Rijiju ruled out creation of an all-India judicial service (AIJS) in reply to a question by two members in the Lok Sabha on Friday.

Law Minister Kiren Rijiju ruled out creation of an all-India judicial services (AIJS) in a reply to a question by two members in the Lok Sabha on Friday.

The members pressed for AIJS to make the recruitment in the lower judicial services more efficient, uniform and regular to address the shortage of the judges. The minister said there is, however, no such proposal now, in view of divergent opinions among the stakeholders.

Last year, in the winter session of Parliament, the law minister had said the government was "engaged in a consultative process with the stakeholders to arrive on a common ground.

In his reply on Friday, he said the government is in favour of a properly framed AIJS to strengthen the overall justice delivery system. As a matter of fact, such an all-India merit selection system would facilitate induction of freshly qualified legal talent and inclusion of marginalised and deprived sections of the society. 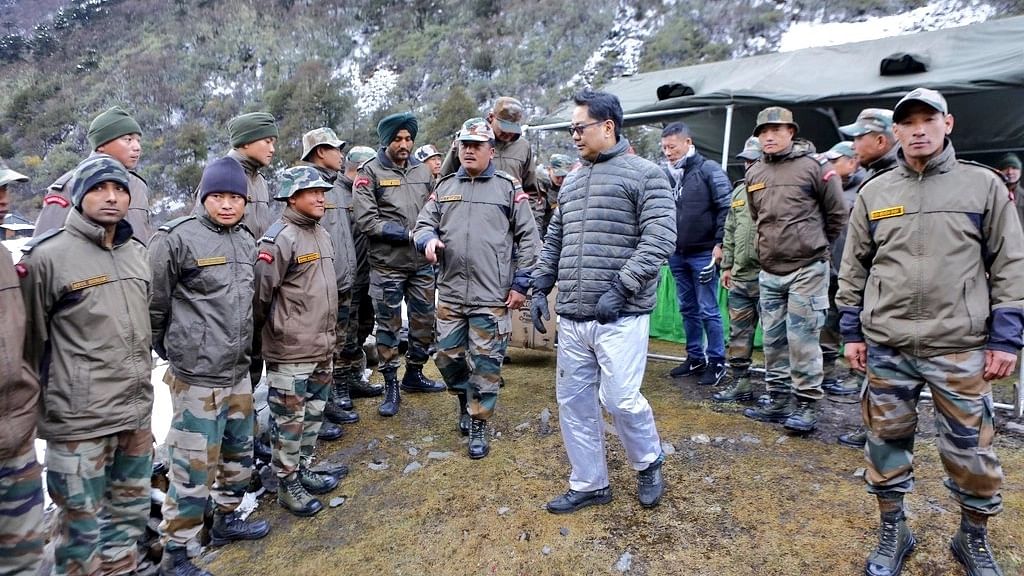 Deliberations on AIJS since 2012

In reply to the supplementaries, he said the proposal for AIJS was initially formulated and approved by the Committee of Secretaries in November 2012. It was also discussed in the conference of chief ministers and chief justices of the High Courts in April 2013 when it decided further deliberations. The views of the state governments and the high courts were sought.

In 2015, at the Chief Justices' conference, it was discussed to create a judicial service committee for recruitment of the district judges and review of selection of the judges and judicial officers at all level. It decided to leave the matter open for the High Courts to develop appropriate methods.