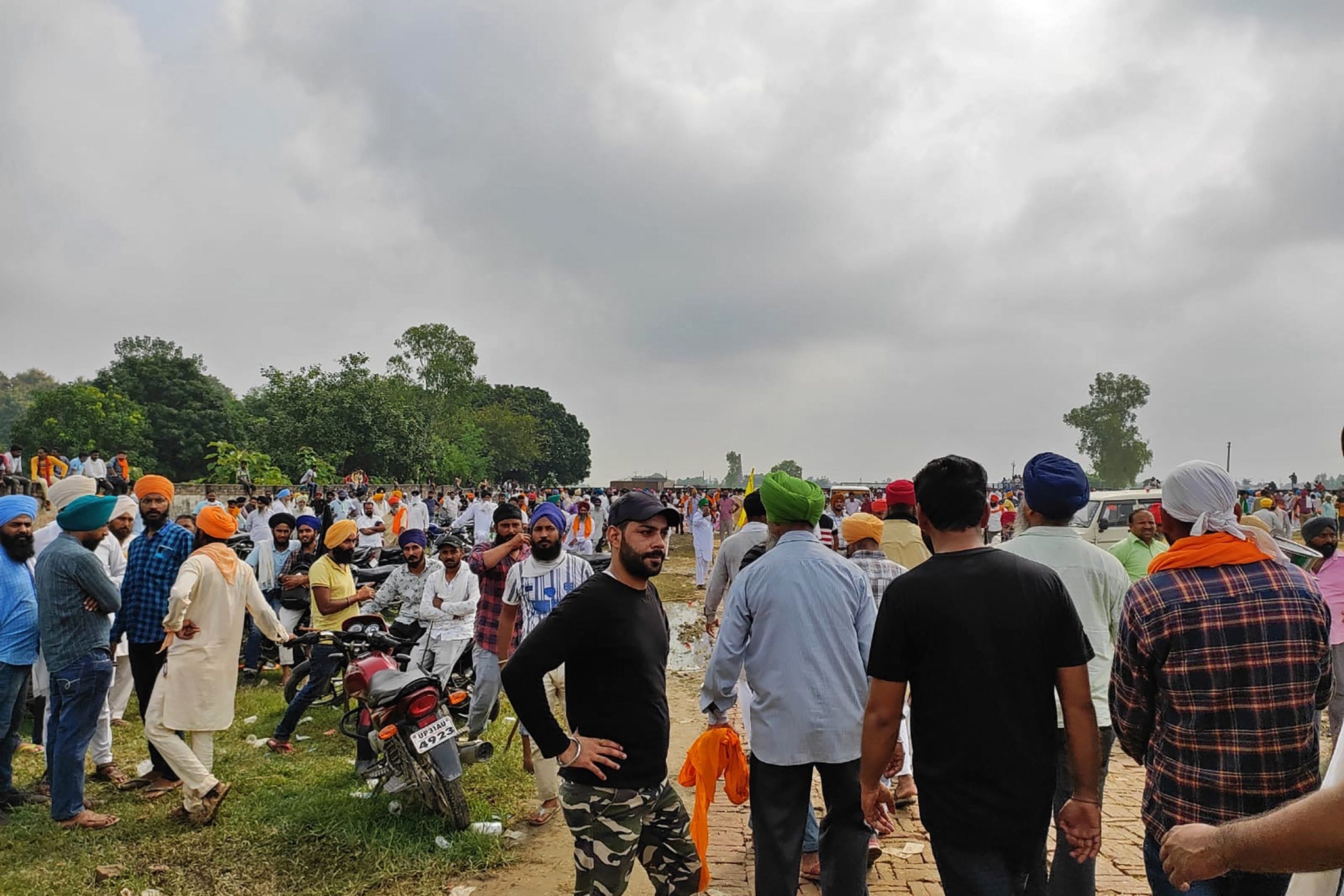 The farmers from Uttar Pradesh's Lakhimpur Kheri have called off the protest after the state government promised to pay compensation to the families of those who died, reported NDTV. The farmers were protesting over yesterday's deaths.

The Uttar Pradesh government on Monday announced that a retired High Court judge will probe the Lakhimpur Kheri violence and that it will give Rs 45 lakh compensation to the families of the four farmers killed in the incident.

Additional Chief Secretary, Home, Awanish Awasthi told PTI that the government will also give Rs 10 lakh to those injured in the violence.

Eight people were killed on Sunday in the violence that erupted during a farmers' protest in Lakhimpur Kheri ahead of a visit by Deputy Chief Minister Keshav Prasad Maurya. Farmers and BJP workers were among those killed.

Two SUVs were set on fire by angry farmers in the clash near Banbirpur. Two FIRs have been registered in connection with the incident.