The helpless residents here claim that they are forced to live here and inhale the toxic air as they do not have another place to go to.
ANI 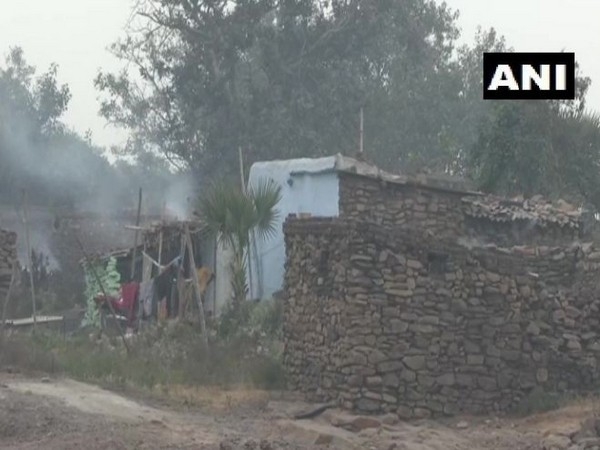 Jharkhand: Flames, hazardous gases and smoke from fires leaping from the earth's fissures, those residing in the outskirts of Dhanbad in the vicinity of coal mine area say it is akin to living in a gas chamber.

Locals complain of persistent coughs, headaches and health conditions such as tuberculosis, asthma and other respiratory diseases caused due to the inhalation of 'poisonous gases' that are pervasive in the atmosphere due to underground fire in the coal mining areas.

The helpless residents here claim that they are forced to live here and inhale the toxic air as they do not have another place to go to. Moreover, they are exposed to very toxic gases like carbon monoxide (CO) and it's byproducts.

The situation is so worse that it can be declared as a health emergency, claim experts.

"We face a lot of health issues but nobody listens to our grievances. Our health gets affected, we are unable to sleep properly at night due to the foul smell of the gas. The scenario turns worse during the summer season. A few residents here are suffering from TB and other diseases. We are living in a precarious condition," said Anant Kumar, a villager.

According to Central Institute of Mining and Fuel Research (CIMFR), main toxic gas is CO, its byproducts and carbon particulates which damage the environment and cause harm to human lives.

"We do not have a house to live, if we get our own place to live we will leave this place today itself. We are facing problems due to the smoke but who should we complain? Nobody listens to the issues of poor people. My son is suffering from TB," said another villager.

Ram Kishan another local resident told ANI that the poisonous gas was "killing everyone over here" and that around 10 to 15 people had been diagnosed with TB in this area. "Even children here are suffering from recurring health issues," he said.

"There are basically three causes of fire to start in the coal mine which are the presence of coal, oxygen and third is the place for the accumulation of heat. These three factors together cause fire. The oxidation of coal generates heat and when that heat doesn't get dissipated it takes a form of fire," he added.

Chief Scientist, CSIR-CIMFR, Dr JK Pandey who heads mine ventilation department points out that Carbon Monoxide is the most toxic gas produced in a coal mine fire and is so dangerous that if a person inhales the gas even for a minute, he can die.

Ghannudi, a small village near the Jharia coal mines has a large number of TB and asthma patients. Previously asthma was very common in this village, but now TB is the new detection.

Besides this, almost everyone has some sort of ailment due to heavily polluted air. Villagers call these gases as 'Khooni Gas' (Killer Gas).

To rehabilitate these affected villages in the year 2004, a master plan was initiated constituting a Jharia Rehabilitation and Development Authority. However, the rehabilitation program is moving on a very slow pace with over one lakh families still waiting to be relocated and rehabilitated.