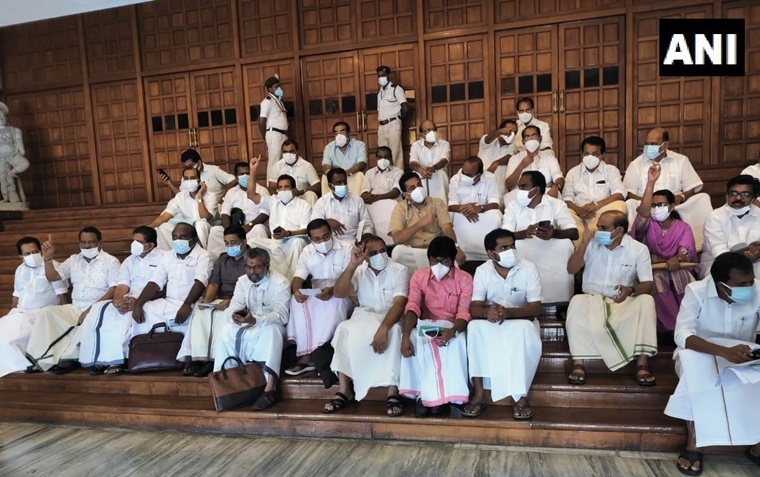 The Congress MLA, earlier in the day, gave an adjournment motion in Kerala Assembly over the show-cause notice issued by the Customs Department on Vijayan's alleged involvement and former speaker P Sreeramakrishnan in the Kerala dollar smuggling case.

However, the Kerala Assembly Speaker has rejected the adjournment motion notice on the ground that the matter is under consideration of the court and has denied any discussion in the house.