The strike was called to protest against the countrywide raids on the organisation and arrest of its leaders.

Thiruvananthapuram: The Kerala Police arrested 127 people, registered 53 cases, and took 229 people into preventive custody as a hartal called by the Popular Front of India (PFI) in Kerala turned violent. The hartal (general strike) was called to protest against the countrywide raids on the organisation and arrest of its leaders.

Masked men and miscreants went on the rampage armed with sticks and other weapons attacking buses, vandalising shops and even ambulances and causing grievous injury to a number of people, including policemen.

Around 70 buses belonging to the state transport corporation were damaged as petrol bombs were hurled. Bus drivers drove wearing helmets to protect themselves from stones pelted by PFI miscreants, many of them masked. People riding motorbikes were also attacked. Newspaper vans were not spared.

Read Also
WATCH: KSRTC driver wears helmet to save himself from stone pelting by PFI workers in Kerala 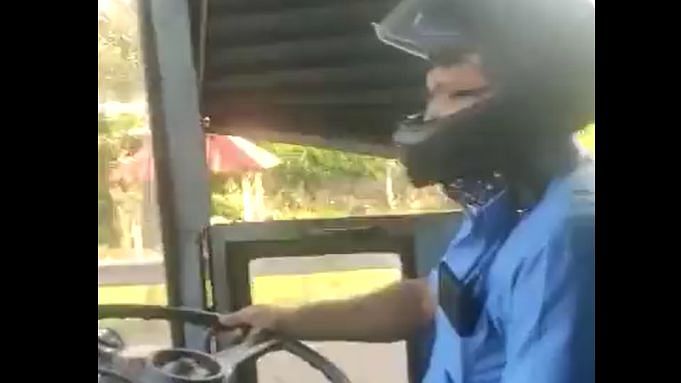 The Kerala High Court, which had banned flash hartals without at least seven days’ notice, took suo moto action by declaring the hartal illegal and contempt of court and instructing the police to handle the strikers with an iron hand.

A division bench of the court ordered that those who had called the hartal be made to pay for the loss of private and public property. The court also asked the police to provide adequate security so that essential services are not affected.

The court said police have a responsibility to ensure peace and order. However, at several places, police were seen acting as mute spectators while the attackers went on the rampage, despite state police chief Anil Kant having told district police chiefs two days ago to take effective steps to stop violence during the hartal.

Meanwhile, the All India Muslim Jamaat president Maulana Shahabuddin Razvi called upon the Muslim community to stay away from the PFI, calling it a "radical group", and urged the Centre to ban it. Maulana Razvi welcomed the arrest of PFI leaders across the country.

Senior RSS leader Indresh Kumar termed as "appropriate" the NIA-led crackdown on the PFI and took exception to incidents of violence, saying the Sangh too was banned in the past but it never took the path of violence to resist.