Bengaluru: After Karnataka Chief Minister BS Yediyurappa held a series of meetings with senior BJP leaders including Prime Minister Narendra Modi, Home Minister Amit Shah and party president JP Nadda, on Friday and Saturday, speculation was rife, both in Delhi and here, that the CM had offered to resign, but with some stiff conditions.

Though Yediyurappa Saturday denied speculations about his resignation, this time around, the news of a ‘deal’ was leaked out by senior party sources and picked up by the national media. What needs flagging here is that Yediyurappa will be back in Delhi in August after having sounded his supporters about the ‘deal.’

The rumours that something was brewing on the leadership front in Karnataka gained further strength when Yediyurappa called for a legislative party meeting July 26. He announced this soon after he landed in Bengaluru from Delhi Saturday evening, according to news agency ANI.

He reiterated that the "central leaders have asked me to continue as Chief Minister and strengthen the party. It is our duty to follow their instructions from time to time. There is no question of leadership change," he told reporters here.

The deal, according to sources and the national media, is that Yediyurappa would submit his resignation citing ill health after the inauspicious month of Ashada ends, provided his two sons BY Vijayendra and Raghavendra are suitably accommodated at the Centre. The party high command reportedly rejected BSY’s plea to make Vijayendra as the next CM as the party feared that there may be a revolt from senior party leaders in the state.

Incidentally, Vijayendra and Raghavendra accompanied their 78-year-old father in the crucial meetings with the PM and others, including Defence Minister Rajnath Singh.

Sources said that BSY will use the Ashada month to lobby for important positions for his sons in both the party and the government. With the Union Cabinet reshuffle concluded, a strong position in the organisation is being demanded for BY Raghavendra, who is an MP.

Meanwhile, Yediyurappa’s camp is asking for Vijayendra to be made a Deputy CM in the Karnataka government.

Sources said that Yediyurappa told PM Modi and Shah that he is ready to follow all his directions and will even step down from his post only if all his conditions are met.

"CM Yediyurappa has asked PM Modi to offer his sons a reputable position in the central government. If his demand is accepted, he will step down from his post and follow all directions of PM Modi. He has also told the BJP high command that he is committed to BJP ideology," the national media quoted sources.

The leadership issue was recently discussed during BJP national general secretary and party in-charge of Karnataka, Arun Singh’s visit last month. Singh had visited the state as discontent was growing against the CM.

The meetings in Delhi came at a time when political circles were abuzz with speculations of Yediyurappa being replaced as the Chief Minister.

However, an official statement issued after the meetings said the CM discussed various state issues with the PM. "During the meeting, the CM requested to declare the Upper Bhadra Project as National project and also sought financial assistance of Rs 6000 crore for Bengaluru Peripheral Ring Road project," the statement said.

In June, Yediyurappa had said “The day they (party highcommand) tell me to quit, I will. Then, I will involve myself in working for the welfare of the state. There is no confusion from my end. They have given me a chance and I am trying to execute the responsibilities to the best of my abilities. The rest is left to the central leadership".

Repeated open remarks by some disgruntled senior leaders within the Karnataka BJP targeting the CM and his family with accusations of corruption and interference in the administration have embarrassed the party and the government, despite warnings of disciplinary action by the leadership.

Another section of the party is demanding the replacement of Yediyurappa citing his age and the need to project a new CM face ahead of assembly polls in 2023. 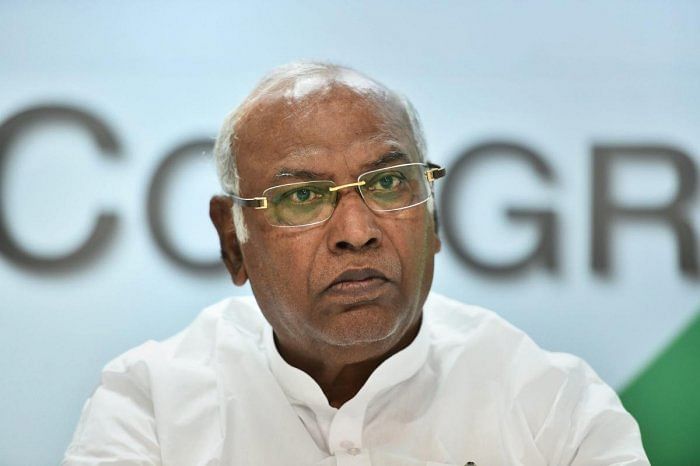