Bengaluru: An FIR has been lodged against five people in Karnataka for thrashing a street dog and allegedly pouring acid on it, police said on Thursday.

The miscreants also threatened an elderly woman who questioned them.

Banashankari police has filed a FIR in this regard.

According to police, the accused would walk on streets at nights in an inebriated state agitating street dogs. They enjoyed street dogs barking at them. 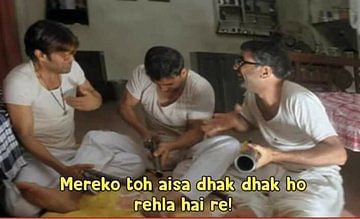 On March 4, the accused tied up a street dog at Ambedkarnagar in Banashankari and thrashed it for no reason. They then allegedly sprayed acid and petrol on it.

When a 50-year-old woman questioned them, they threatened her with the same treatment.

The woman has filed a complaint in this regard with police after taking help from a social activist. The five-year-old injured male canine has been shifted to an animal rescue centre and is undergoing treatment. The centre has named the dog as Bunny.

Police have booked a case under IPC Sections 34 (criminal act done by several persons), 428 (whoever commits mischief by killing, poisoning, maiming or rendering useless any animals), 429 (mischief by killing or maiming cattle e.t.c.) and 354 (any man who assaults or uses criminal force to any woman or abets such act with the intention). In an earlier case reported in February, a 23-year-old youth had deliberately ran his Audi over a street dog Lara and killed it in the limits of Siddapura police station in Bengaluru.

The CCTV footage of the incident had gone viral on social media and created public outrage.