HomeIndiaJOLT AFTER JOLT FOR SAFFRON CAMP

JOLT AFTER JOLT FOR SAFFRON CAMP

Vijay Rupani on Saturday became the fourth chief minister in BJP-ruled states to put in his papers this year. Earlier, Karnataka CM BS Yediyurappa had resigned and two chief ministers in Uttarakhand — Tirath Singh Rawat and Trivendra Singh Rawat — had stepped down. In May, despite a blockbuster campaigning by the entire might of the BJP, the Trinamool Congress in West Bengal swept the Assembly poll. Since then, BJP leaders who had crossed into BJP before the assembly polls are making a beeline in front of TMC bhavan for a return. With rampant returns to the TMC, the BJP now has a tally of 71 MLAs.

In March, 2021, 9 days before completing four years as the CM of a BJP-led gov­er­n­m­ent in Uttarakhand, Tri­ven­dra Singh Rawat quit as Chief Minister. He had said it was time to hand over the baton.

Rawat, however, expressed his gratitude to the BJP for giving him an opportunity to serve Uttarakhand as it Chief Minister (for four years).

“Party discussed and collectively took a decision that I should hand over this opportunity to somebody else. Nine days are left for completion of four years (of his government),” he said. 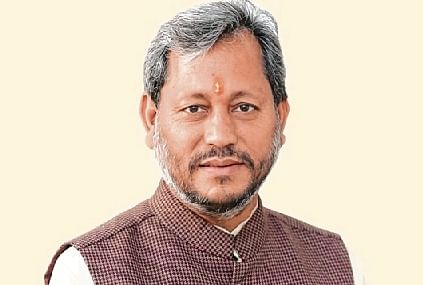 Less than four months in July, Tirath Singh Rawat, who had replaced Trivendra Singh Rawat as the CM, also resigned. He, too after submitting his resignation, thanked Prime Minister Narendra Modi, Union Home Minister Amit Shah and BJP President JP Nadda for trusting him with the post. “Considering the constitutional crisis… I found it appropriate to resign,” he said.

He had to step down as time was running out for him to be elected — Rawat was an MP and had to win a bypoll to continue to be the CM.

Holding the bypoll had became difficult due to the pandemic SOPs which were heavily in place then. Moreover, as per the Representation of the People Act, a by-election for a seat should not be held if the term of a House is less than a year. Uttarakhand goes to polls in 2022. Tirath Singh Rawat’s term as Uttarakhand Chief Minister lasted only 114 days and was marked with controversies over the remarks he had made.

BS Yediyurappa on July 26, 2021, announced that he would send in his resignation as Karnataka Chief Minister exactly two years after he took over the top job.

Yediyurappa made the announcement at an event to highlight the achievements of two years of the BJP government he headed in Karnataka. “I have made up my mind. After lunch, I will go to the Raj Bhavan and hand over my resignation,” a teary-eyed Yediyurappa said. “I will be doing this with happiness, not sorrow,” saying he was grateful to PM Modi, Home Minister Amit Shah and BJP president J P Nadda for ‘giving a leader like me over 75 years of age an opportunity to rule the state for two years.” Vijay Rupani who quit on September 11, 2021 as Gujarat CM said, “I am just a wor­ker of the organisation and wi­ll continue to be so. For the upcoming Assembly poll, definitely our PM will be the face,” Rupani said, when asked who will be the face for the poll. The unexpected move comes ahead of Assembly election in PM Modi’s home state early next year.

The term of the current assembly elected in 2017 will expire in December 2022 unless dissolved sooner. 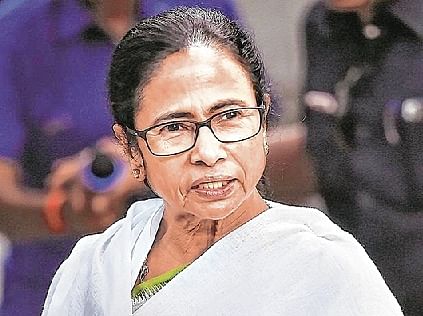 Despite a blockbuster campaigning from the entire saffron camp, the BJP failed to put up an impressive fight in the West Bengal Assembly poll. From Prime Minister Narendra Modi to Union Home Minister, Amit Shah, Adityanath Yogi, JP Nadda, Mithun Chakraborty… the BJP had put its entire force. However, political analysts said two factors like the crossover of TMC MLAs to the BJP and allotting them tickets and the absence of any strong local face did the damage for the BJP. Even the “rise” of the ISF chief Abbas Siddiqui failed to make an impact. Didi’s TMC went on to sweep the election. Following the poll, most of the crossover MLAs have returned to the TMC and among them the most surprising return was that of Mukul Roy.