HomeIndiaJ&K cop Davinder Singh arrested while ferrying terrorists - what is his connection to Afzal Guru?

J&K cop Davinder Singh arrested while ferrying terrorists - what is his connection to Afzal Guru?

A senior Jammu and Kashmir police officer, posted with a strategic department at the airport, was arrested on Saturday for the "heinous crime" of ferrying a lawyer and two terrorists who were being allegedly taken out of Kashmir valley for a possible terror strike.

Police arrested Deputy Superintendent of Police Davinder Singh at Mir Bazar in Kulgam district along with terrorists of the banned Hizbul Mujahideen -- Naveed Baba who was its district commander, and Altaf -- besides an unidentified lawyer who was working as an overground worker for terror outfits.

According to a PTI report, this is not the first time he has made headlines. In a 2013 letter, Afzal Guru, who was executed after being convicted for the Parliament attack, explained how "DSP Davinder Singh", the then deputy superintendent of police of Special Operations Group, had asked him to "take Mohammad", a co-accused in the Parliament attack case, "to Delhi, rent a flat for his stay and purchase a car for him".

However, the angle was probed and could not be substantiated with any evidence, the officials said.

Speaking about the Afzal Guru connection, Inspector General of Police (Kashmir) Vijay Kumar said, that there was no record of the arrested police officer's involvement in the Parliament attack case as was being reported in a section of the media.

"We have no such records and I have no information, but we will ask him about this," he said.

In a 2004 communique with his lawyer, Afzal had also mentioned a police official Shanty Singh, who joined Davinder Singh and "tortured him at Humhama STF camp".

According to an Outlook article, Afzal said, "There the D.S.P. Vinay Gupta tortured me, electrified me—put me in cold water – used petrol—chillies and other techniques. He told me that I possess weapons but at evening time one of his inspector Farooq told me that if I can pay 1000,000 Rs to him (D.S.P) I will be released or they will kill me".

He was then taken to Humhama STF camp, where he was further tortured by Davinder Singh.

"One of his torture inspector as they called him Shanty Singh electrified me naked for 3 hours and made me drink water while giving electric shocks through telephone instrument. Ultimately I accepted to pay them 1000000 Rs. for which my family sold the gold of my wife. Even after this they could manage only 80000 Rs. Then they took the scooter too which was just 2-3 months old which I bought for 24000 Rs. Thus after getting 1 lakh Rupees they let me free," he wrote. 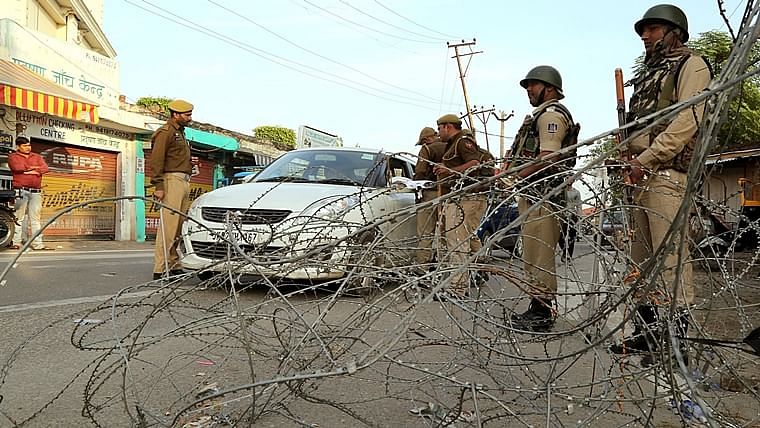 A book by Arundhati Roy, 'The Hanging of Afzal Guru and the Strange Case of the Attack on the Indian Parliament' quotes a Parvaiz Bukhari interview to provide further details when it comes to the two.

According to the book, Singh said, "I did interrogate and torture him (Afzal) at my camp for several days. And we never recorded his arrest in the books anywhere. His description of torture at my camp is true"

Following Afzal's hanging, political parties in Kashmir had demanded a probe into the role of the police. 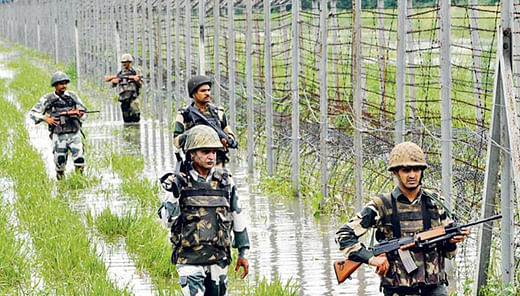 The decorated cop -- he was awarded the President's police medal last year -- has been grilled extensively by officials after his arrest on Saturday.

"It is a heinous crime and he will be treated at par with other terrorists," IGP Kumar told reporters, adding that all three were being subjected to intense questioning by a joint team from central security agencies as well as the police.

The IGP said the militants and the officer were interrogated by the police and then all agencies, including intelligence agencies IB and RAW, working in the valley.

He said a case has been registered under the Unlawful Activities Act and the Arms Act.

Reportedly, he had been on the radar of the police for some time and a special watch was mounted on him.

On Friday, Singh's conversation with Naveed Baba, the self-styled district commander of the banned Hizbul Mujahideen and a former policeman, was picked up by the intelligence agencies. Naveed Baba had deserted the police force in 2017, and had been involved in cases of killing of police personnel and civilians.

The entire operation was monitored by the Deputy Inspector General of Police (South Kashmir) Atul Goyal who himself stood at an intersection to intercept the vehicle. As the car approached the checkpoint, the vehicle was stopped and the four were arrested. Singh, who tried to throw his weight around the policemen present, faced Goyal's ire.

Immediately, police teams were sent to various places, including Singh's residence from where two pistols and an AK rifle were seized.

To a question about whether his posting at the airport was a security breach as the officer was also seen with the envoys of various countries who visited the valley earlier last year, IGP Kumar said the police had no information about the officer's involvement till Saturday.

"He was on duty and how could we have stopped him from that as we had no information about his involvement in anything," he said. 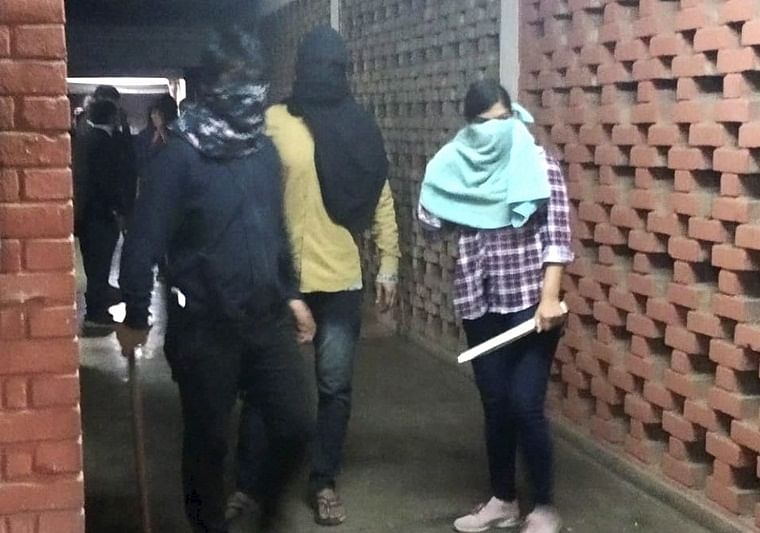