'It's critical to show that you're Indian': Rahul Gandhi appeals to students to join protest at Rajghat 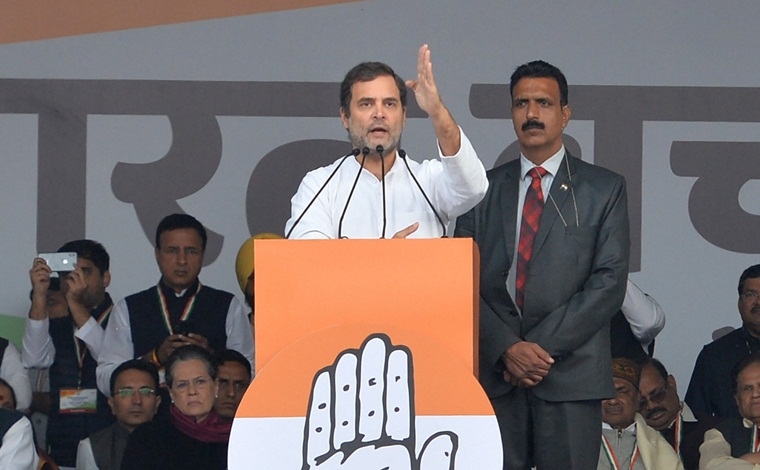 On Monday, Congress will hold a protest at Delhi's Raj Ghat, the memorial to Mahatma Gandhi, at 3 pm against the Citizenship Amendment Act (CAA) and the National Register of Citizens (NRC). Ahead of the protest, Congress leader Rahul Gandhi appealed to students and youth to join the protest.

Rahul Gandhi tweeted this morning saying, "Dear students and youth of India, it's not good enough just to feel Indian. At times like these it's critical to show that you're Indian and won't allow India to be destroyed by hatred. Join me today at 3 pm at Raj Ghat, to protest against the hate and violence unleashed on India by Modi-Shah (sic)."

The Congress has planned to hold protest at Rajghat against the CAA and NRC. On Sunday, the Gandhi scion attacked Prime Minister Narendra Modi and Home Minister Amit Shah, accusing them of destroying the future of the students and youths.

The Congress has come out in support of the students and other aggrieved citizens, and has attacked the government for not listening to the people's voice. In fact, the Congress has faced flak over its non-participation in the protest against the CAA and NRC. A day after the violent protest at the Jamia Millia Islamia, Rahul Gandhi had left for South Korea on an official tour.