In his weekly media briefing, MEA spokes-man Raveesh Kumar said Pakistan uses terror as an instrument of "state policy" and asked it to begin behaving like a "normal neighbour" by engaging in dialogue and trade.
FPJ Bureau 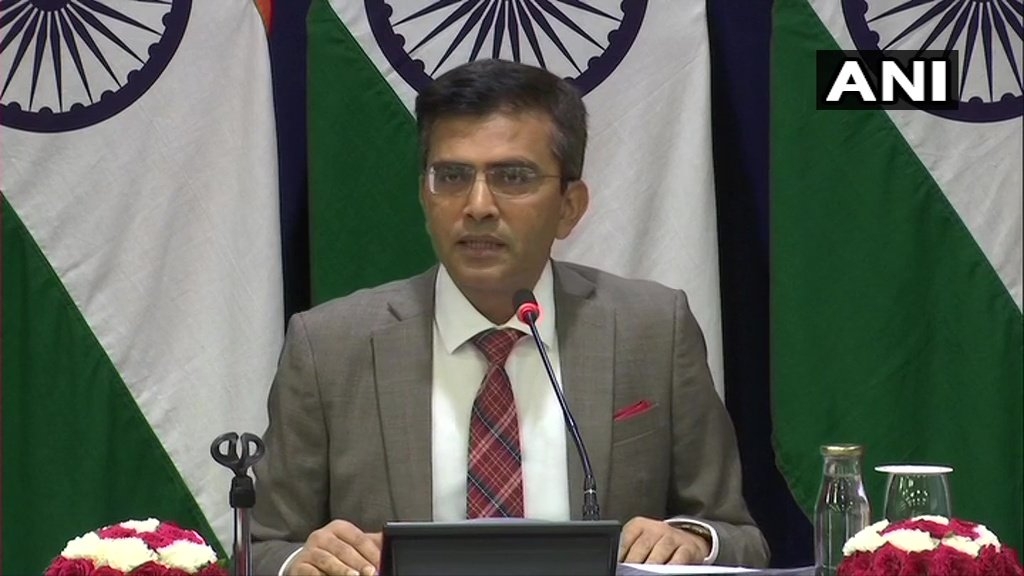 In his weekly media briefing, MEA spokes-man Raveesh Kumar said Pakistan uses terror as an instrument of "state policy" and asked it to begin behaving like a "normal neighbour" by engaging in dialogue and trade.

"We strongly condemn highly irresponsible statements by Pakistani leadership on matters internal to India. These statements include references to Jihad and (seek) to incite violence in India. This is intended to project an alarmist situation which is far from the ground reality.

Pakistan needs to understand that the world has seen through their provocative and unsubstantiated rhetoric based on lies and deceit. It is important for Pakistan to now start behaving like a normal neighbour.”

To a pointed question on reports of intrusion by Pakistani commandos, the MEA Spokesperson said, "I can only say that our security forces are ready to deal with any eventuality."

“The local government is handling the situation with maturity and restraint. Not a single life has been lost. Not a single live bullet has been fired. The administration is putting together all resources to ensure that normalcy returns to the State as soon as possible. “

He also reiterated the information provided by Governor Satya Pal Malik on Wednesday: "There are no day-time restriction in 162 of the 197 police station areas; banking and ATM facilities are functioning normally and landlines are being opened in a phased manner."

He also dubbed as "false" all reports of shortage of essential drugs.He said there has been no statement from Pakistan concerning the closure of their airspace. In reply to a question, he said that India

and Pakistan will remain in touch through diplomatic channels regarding the demand for unimpeded access to Kulbhushan Jadhav, following the International Court of Justice judgment.