The two sides were also discussing the conclusion of the Igla air defence system deal but that is not likely to be signed during this visit, sources said.

During the visit of Russian President Vladimir Putin to India on Monday, the two countries would be inking the major deal worth over Rs 5,100 crore for producing AK-203 assault rifles within the country.

The Russian President during his one-day visit is also scheduled to hand over the model of an S-400 air defence system to Prime Minister Narendra Modi as a symbol of delivery of the weapon system to India, sources told ANI here. The main attraction of the visit would be the finalisation of the AK-203 assault rifle deal which would be produced in Amethi, Uttar Pradesh.

The production of the over five lakh rifles by the India-Russia joint venture company would see a complete transfer of technology within seven years of signing the contract.

The two sides were also discussing the conclusion of the Igla air defence system deal but that is not likely to be signed during this visit, sources said.

The deal had been agreed upon between the two sides a few years ago and now the last major issue would be resolving the issues on the transfer of technology, they said.

Of the 7.5 lakh rifles to be acquired by the Indian Army, the first 70,000 will include Russian-made components as the transfer of technology happens slowly. These will be delivered to the army 32 months after the production process begins. 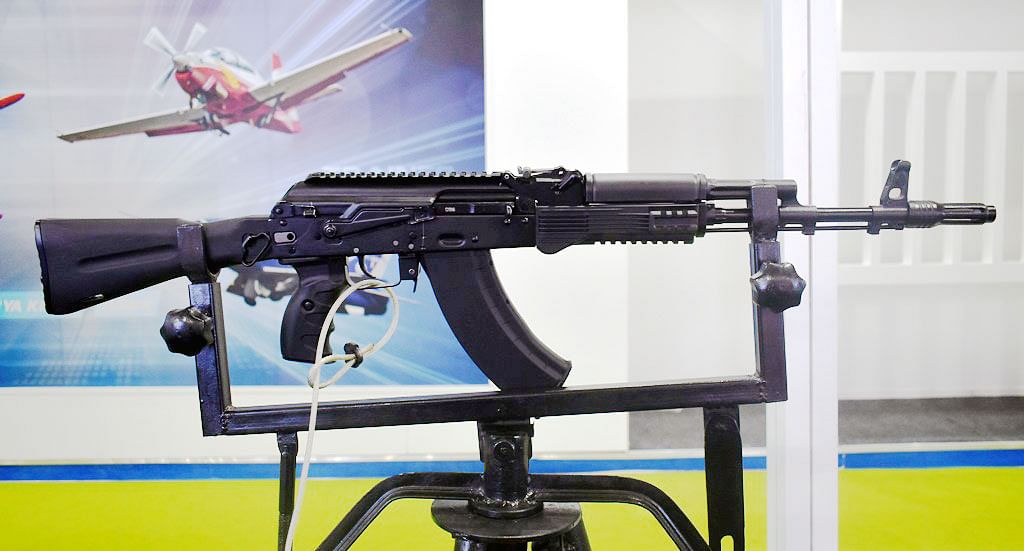