Independence Day 2021: Who designed the Indian flag? Here's all you need to know about Pingali Venkayya 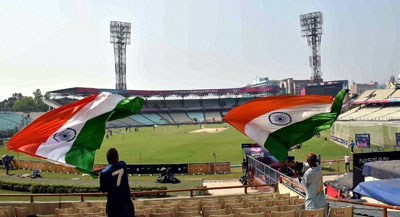 On Sunday as India ushers in its 75th year of independence, the Prime Minister will hoist the national flag at the Red Fort in Delhi. While celebrations have been subdued for the past two years thanks to the ongoing COVID-19 pandemic, It is nonetheless a crucial milestone for the world's largest democracy. But what do we know about the man behind the tricolour?

Born in 1876, Pingali Venkayya was an Indian freedom fighter who also happened to be the architect behind the design of the Indian national flag. In 1916, the Gandhi ideologist had published a book with thirty possible designs that could be made into the Indian flag. The booklet, titled "A National Flag for India" described flags of different countries and also gave his ideas towards the Indian National Flag.

For several years, he had repeatedly brought up and pushed the idea of a separate Indian flag before the Congress. Eventually in 1921, his design is believed to have been approved by Mahatama Gandhi.

The initial flag presented by him consisted of two principal colours - red and green - believed to be a symbolic representation of the Hindu and Muslim communities. The white stripe (representing other religious communities in India) is believed to have been added by Gandhi. In August 1931, the flag was approved by the Congress and gradually inculcated in protests against British rule.

Independence Day 2021: History, significance and all you need to know