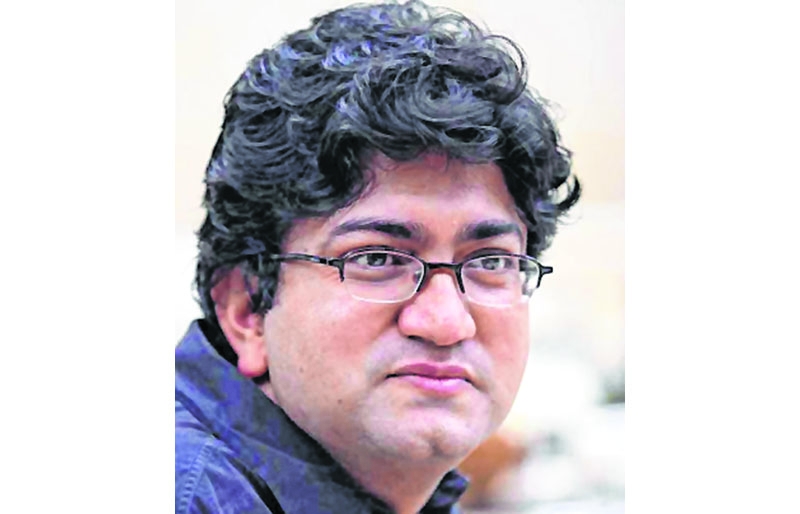 Jaipur: Lyricist, writer, poet and screenwriter Prasoon Joshi who is also the Censor Board of Film Certification chairperson, says that there needs to be an elaborate discussion on Netflix series which have entered each and every household without getting any certification.

On the sidelines of the MTV Raymond India Music Summit (IMS) held in Jaipur recently, IANS asked him about his views if it is okay for everyone from a household to sit and watch Netflix series, to which he replied, "Each technology comes with a challenge and it depends on us how to tackle that challenge. Same thing implies to Netflix series too which have been serving all kinds of content to all age categories unaffected by any certification. While our movies are given A/U certification depending on its content, we need to discuss elaborately the content being served on Netflix."

He also termed social media as a short-cut platform where new-age singers can showcase their talent.

"In fact, social media comes as a short-cut to success and shortcuts are never long-lasting. For an everlasting result, one needs to learn the base and soul of singing which comes via classical singing," he said.

Speaking on the new generation's receding interest in classical music, he said, "Today, parents should not rely for everything on schools. They need to take the responsibility of teaching their kids the essence of music. Parents should give decent time to kids so that they know more about our culture, heritage and music legacy." Joshi is the mentor for the Raymond MTV India Music Summit which was organised in Jaipur in its 3rd Edition at The Fairmont, Jaipur from October 4 to 6, 2019.

Speaking on the feedback of the event organised for the third time in succession in Jaipur, he said, "Feedback is amazing and Jaipur has shown a warm response to the India Music Summit, adding that "Expansion of the event is very much on his mind, however, expenses at times pose a big challenge."