SKM has said that a nationwide strike will be observed from 6 am to 4 pm today.

New Delhi: Congress leader Rahul Gandhi on Monday extended his support to Bharat Bandh called by the protesting farmers against three farm laws passed by the Centre last year, and said non-violent satyagraha of farmers is intact even today.

"Farmers' non-violent satyagraha is intact even today. But the exploitative government does not like this. That's why Today there is Bharat Bandh," he tweeted adding, "I Stand With Farmers." The Samyukt Kisan Morcha (SKM), a coalition of farmers' unions, has called a Bharat Bandh today to mark the first anniversary of the enactment of the three farm laws.

SKM has said that a nationwide strike will be observed from 6 am to 4 pm today.

During this period, all government and private offices, educational and other institutions, shops, industries and commercial establishments will be closed and public events and functions will be not be held throughout the country, the SKM said.

However, exemptions to the bandh include all emergency establishments and essential services, including hospitals, medical stores, relief and rescue work and people attending to personal emergencies.

Farmers have been protesting at different sites since November 26 last year against the three enacted farm laws: Farmers' Produce Trade and Commerce (Promotion and Facilitation) Act, 2020; the Farmers Empowerment and Protection) Agreement on Price Assurance and farm Services Act 2020 and the Essential Commodities (Amendment) Act, 2020.

Farmer leaders and the Centre have held several rounds of talks but the impasse remains. 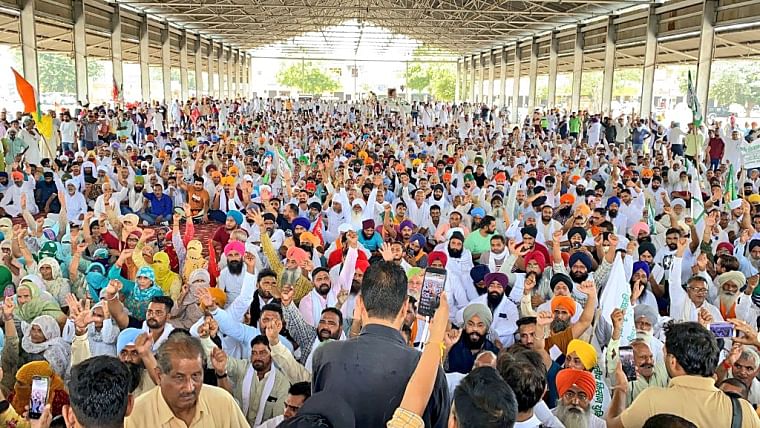