Hyderpora encounter: Hurriyat Conference calls for bandh in Kashmir on November 19 over deaths of civilians 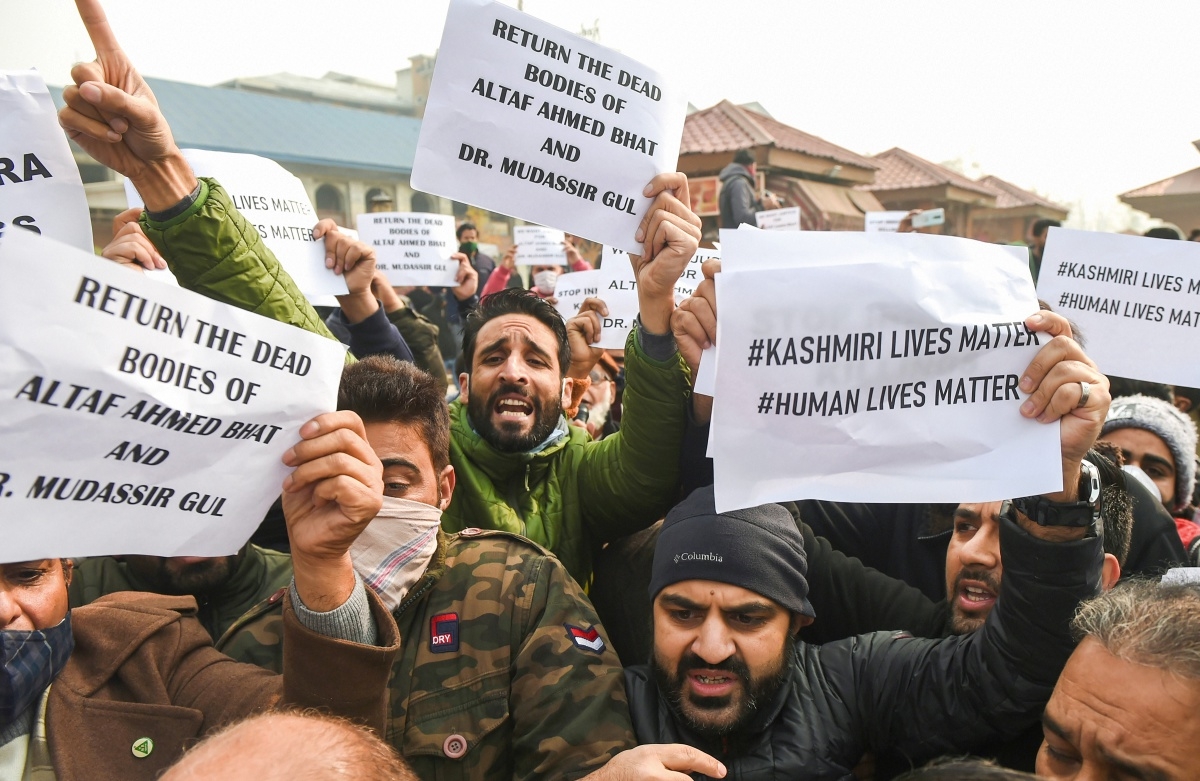 Leaders and workers of J&K Peoples Conference hold placards and shout slogans during a protest demanding a probe into the killings of civilians Altaf Ahmad Bhat & Mudasir Gul and the return of their bodies, in Srinagar, Thursday, Nov. 18, 2021. | PTI

Amid death of two civilians in the Hyderpora encounter, the All Parties Hurriyat Conference (APHC) called for a bandh (shutdown) in Kashmir on Friday, November 19.

According to a report, the party released a statement calling for a bandh in support of the families who earlier staged a protest, demanding the bodies of the two civilians.

On Monday, four people, including a Pakistani terrorist and his local associate, were killed in the "cross-firing" between militants and security forces in the Hyderpora locality of Srinagar. Two civilians were also allegedly killed in the encounter. They were identified as Altaf Bhat, a businessman, and Mudassir Gul.

Condemning the alleged killing of civilians, the Hurriyat Conference said, "the tragedy, which has struck the families of innocent civilians killed in the Hyderpora encounter, is so tormenting that its pain has stunned the people of Kashmir." In the statement, the party also mentioned about problems of the families of the two slain civilians were going through.

"Eighteen-month-old daughter of slain Dr Mudasir Gul held by her distraught mother who is sitting on the roads in freezing cold, protesting not for punishment to the killers of her husband, but pleading and begging to the authorities that at least the body of her husband be returned to her so that she sees him one last time and gives him a decent burial is agonising," the statement read.

It further read, "the manner in which the elder brother of slain Altaf Bhat and other family members are being forcibly dragged and beaten by state forces and huddled into police vehicles to prevent them even from demanding the bodies of their loved ones for burial is unbelievably inhuman."

Giving a bandh call, the party said, "The APHC regrets that as most people's leadership and political activists are either in jails or under house detention. To protest such inhumanity and in solidarity with the devastated families of the slain civilians and their demand that the bodies of their loved ones be returned to them for burial, people should observe a shutdown on Friday, November 19."