The words were written used gulal or coloured powder. The incident occurred on Thursday inside the premises, however the Vice Chancellor of the university says the students in questions were not from their university.

Pre-holi celebrations or Basanta Utsav as it is known in West Bengal, which is played with dry colours, turned controversial on Rabindra Bharati University (RBU) on BT road. Students dressed traditionally were seem with objectionable Bengali and English words written on their back and chest. While girls wearing sarees wrote these words on the back, the boys wrote these words on their chest. The words make fun of Nobel Laureate Rabindranath Tagore’s songs.

The words were written used gulal or coloured powder. The incident occurred on Thursday inside the premises, however the Vice Chancellor of the university says the students in questions were not from their university. Basanta Utsav celebrations were open to outsiders as is also the case in Vishawa Bharati University in Shantiniketan. Educationists across the country too are shocked at what has happened. A formal Police complaint has been registered at Sinthi Police station by university authorities. Five out of six who were seen in the pictures that went viral on social media, have been detained. Of these, three of them are girls and two are boys. One of them is yet to be identified. The five who have detained surrendered to the authorities and accepted their misdeed while they also apologised. 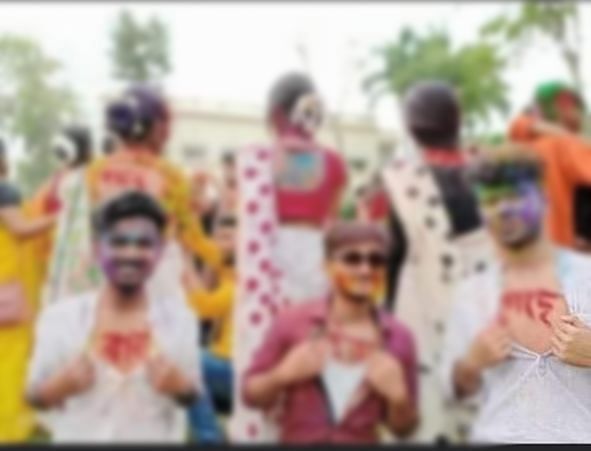 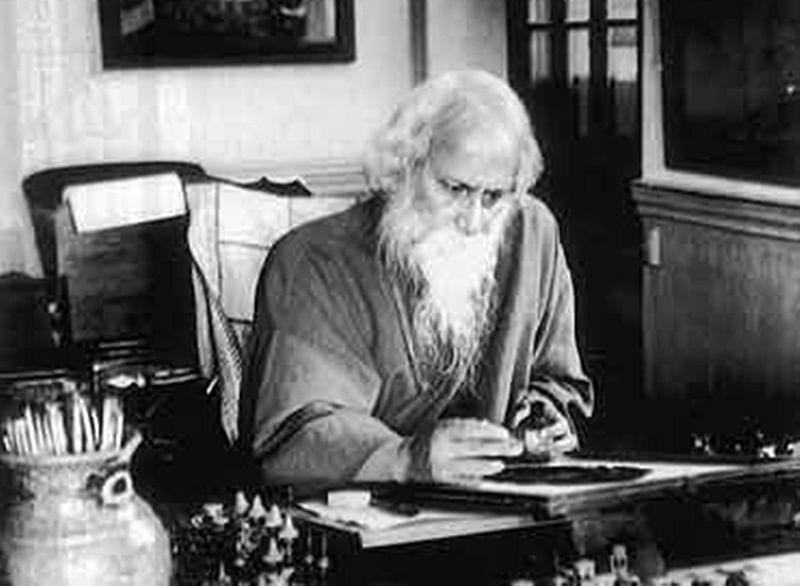 People on social media were outraged and questioned how students could stoop so low to disrespect the Nobel Laureate in such a manner. Students of RBU are upset at what has happened due to students from outside their university. They further said that that such an incident has maligned the reputation of their university and that they will not tolerate such behaviour by outsiders. 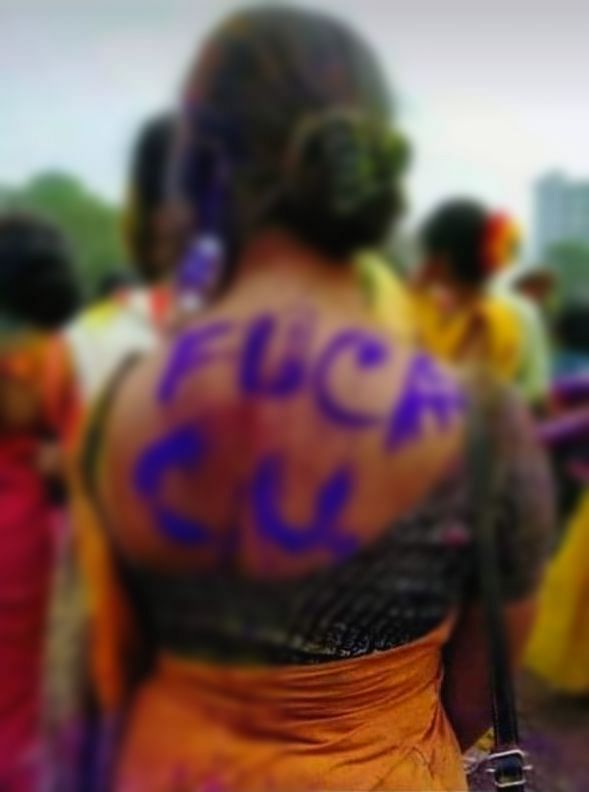 “It is extremely sad and we have written to the Vice Chancellor to take up the matter with those who are at fault. No student from our university would do such a thing as we are emotionally connected to Tagore and our university. No student will bring shame to their university.” Said a female student.

RBU management are shocked by the incident and have stated that in the near future, these kind of celebrations might not be held for security reasons and that it goes against their ethos. Authorities also feel that the name of the university has got tarnished because of such an incident.