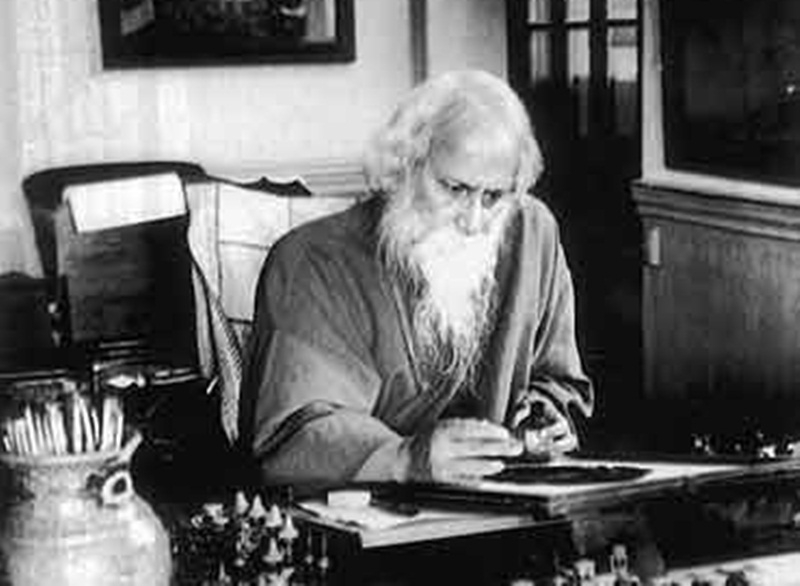 On the eve of Tagore’s birth anniversary on May 9, Tagore enthusiast Munmun Ghosh unravels what keeps the poet’s songs ticking always

“Tagore has a song for every human emotion relating to nature, other humans or God,” observes Mahua Chakraborty, chief instructor at Robigeetika, one of the oldest schools in Mumbai teaching Robindro Shongeet. “The language is simple and the songs as relatable today as when they were written about 100 years back.” Rooted in India’s spiritual and cultural ethos, Tagore’s songs give one the medium to express myriad emotions, directly to other humans and the universe. Needless to add, the songs represent poetry of the highest order, each a flawless work of art.

Art is beauty with depth. Apart from his masterly handling of the Bengali language (proclaimed as the world’s sweetest language by UNESCO) to wring out maximum beauty, Tagore goes as deep into an emotion as humanly possible, which makes each song seem like the last word on that experience. Like these lines from his most inspiring Ekla chalo re, advocating the free, courageous, stand-alone spirit (used in film Kahaani and recently in passing in Tashkent Files):

(If there not be a trace of light, if even the door of your house caves in, battered by the storm and rain, then you use the light from the thunder to set aflame your own ribs and create light.)

Or the lines from this ultimate love song Amaro parano jaaha chai, which has probably been hummed by almost every Bengali, in the last eight decades:

(Should you love someone else and not return to me, then may you find the happiness you seek, never mind the grief that overwhelms me. You are what my heart desires…)

Or this classically simple and profound truth etched in the song Achenake bhai ki amar ore, exhorting one to not fear the unknown and explore the world with courage:

(After all, my mother too was a stranger to me, when she took me in her lap. All love is unknown and so my heart dances)

Says Kolkata-based young corporate executive Subha Gupta, who cherishes among her memories, participating in processions taken out on Tagore’s birthday in Kolkata, singing his songs as a school girl, “Tagore’s songs, even his nature songs have such romance and depth, I love singing them; modern songs seem crass in comparison.”

If Tagore has defied time, to appeal to GenNext, it is largely because of the starkness of his lyrics that are almost completely shorn of overt references to events, and other specifics of his time, and so easy to decode. They are pure verbal outpourings of universal human emotions. The only barrier one has to cross is the language barrier. Some knowledge of Bengali is crucial, for it is almost impossible to translate Tagore into any other language, especially English, without draining it of its juice. As Amartya Sen has commented, “Anyone who knows Tagore’s poems in their original Bengali cannot feel satisfied with any of the translations.”

This being the case, interested Indians of other linguistic communities learn Bengali to access Tagore. I remember Tagore’s birthday being celebrated in our house in late 1970s one year by my father, late Dr Nirmalmay Ghosh, an accomplished singer — with all non-Bengali singers. Among them were Balwant Madgaonkar (Maharashtrian) and his wife Nalini Madgaonkar (Gujarati), who had founded a Robindro Shongeet group called Naboshruti and who dedicated their lives to singing, teaching and spreading the message of Tagore. All Robindro Shongeet schools in Mumbai have students from other linguistic communities like Gujarati, Maharashtrian, and Tamil, and so is the case abroad.

New Zealand-based Pradipta Mukherjee, who both teaches and organises programmes on Tagore in NZ, counts among her students, Bengalis, Tamilians and even Kiwis. “I have a great desire to share Tagore with those who do not know him and I have been trying actively to promote Robindro Shongeet in NZ,” says Pradipta. Her programme ‘East meets West’ on Tagore songs, held sometime back was received warmly in Tauranga by both Indians and whites and even drew government support in terms of funding. Her student Tanmay Ghosh who croons Tagore compulsively admits, “I am hooked to Tagore. As a youth I would sing his songs because I liked the tunes; now in my middle age, I appreciate the profundity of their meaning.”

For ace music composer, sitarist and poet Tushar Bhatia, Tagore has become his life. ”Initially I just felt soothed by listening to Tagore’s songs, but then as I started paying attention to the meaning of the lyrics, I was mesmerised.” Bhatia has since translated many of Tagore’s songs into Gujarati and Hindi, and regularly weaves these into his musical programmes; he will be presenting some of these songs on May 5 this year as a part of Upasana group’s Robindro Jayanti celebration in Pune.

As eminent singer, Mumbai-based Basab Bhattacharya, presently senior teacher at Shahana, a leading Robindro Shongeet school in Mumbai, puts it, “Tagore’s songs were relevant 100 years back, they are relevant today and will be so 100 years later also.”

(All translations by Munmun Ghosh. Please write to kaushani05@gmail.com for information on any music group mentioned in the article)