'He can get me shot but can't do anything else': Bihar CM Nitish Kumar on RJD chief Lalu Prasad Yadav's 'visarjan of NDA govt' comment 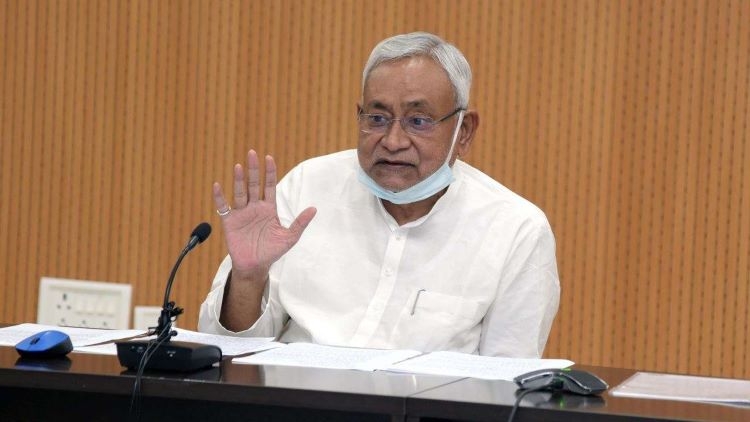 Bihar Chief Minister Nitish Kumar responded to his counterpart Lalu Prasad Yadav's 'immersion' on Tuesday said that he can get me shot but he can't do anything else.

His comments come hours after Rashtriya Janata Dal (RJD) chief Lalu Prasad Yadav said that he will be campaigning at Kusheshwar Asthan (SC) and Tarapur and will ensure the "visarjan" of Chief Minister Nitish Kumar and the ruling NDA in the state.

Nitish Kumar while talking to the reporters said if the RJD chief can gun me down if he wishes but he cant't do anything else beyond that so he can go ahead and do that.

Speaking to ANI, the RJD supremo said, "I had missed two elections due to my illness and detention. The love of Bihar helped me to recover from my illness. I will be campaigning at Kusheshwar Asthan (SC) and Tarapur on October 27." "I know Tejashwi is campaigning in both the places and is doing really well in giving a strong fight to the (ruling) NDA. I will ensure 'visarjan' (immersion)," he said adding that his party will win the by-polls by a great margin.

#WATCH | Bihar CM Nitish Kumar says, "He can get me shot. He can't do anything else. If he wants, he can get me shot..." when asked by reporters about RJD leader Lalu Yadav's statement 'I will ensure ‘visarjan’ of Nitish Kumar, NDA govt in Bihar'. pic.twitter.com/1oSaDGcgmP

Taking another jibe on Chief Minister Nitish Kumar, the veteran leader said, "Nitish Kumar has been eulogised by PM Modi and BJP. Everyone was sloganeering 'desh ka PM kaisa ho Nitish kumar jaisa ho' (A PM should be like Nitish). He was being touted as PM material...such arrogance and greed." Lalu Prasad Yadav returned to Bihar after over 3 years.

On Sunday, Lalu Prasad Yadav had also lashed out at Congress state in-charge Bhakta Charan Das for poor performance in the 2020 Bihar Assembly elections. The RJD had given Congress 70 seats to contest and the latter managed to win only 19 seats. Watch video: Nitish Kumar has been eulogised by PM Modi and BJP, will ensure 'visarjan' of NDA govt...