Patidar leader Hardik Patel resigned from primary membership of the Congress on Wednesday. Patel shot into the limelight with the 2015 Patidar Reservation Agitation and catapulted himself as the Gujarat Congress working president in 2020.

After attacking the state Congress leadership for a while, the Patidar leader offered his resignation just months ahead of the Gujarat assembly election.

In his letter to Sonia Gandhi, Patel levelled many charges at the party leadership. Here are five important charges Patel made in the letter:

1. Unable to provide ‘basic roadmap’ to the people

“Congress today has been rejected in almost every state of India because the party and its leadership have not been able to present a basic roadmap to the people.

“I strongly believe that Congress has broken the faith youth had in the party for many years and that is why today no youngster is willing to be even seen as our worker or voter.”

“Lack of seriousness about all issues is a major problem with the Congress party’s senior leadership. Whenever I met with the senior leadership, I always felt that leaders were not really interested in hearing about problems concerning the people of Gujarat but were more engrossed on what messages they had received on their mobiles and other trivial things. Whenever our country faced challenges and when Congress needed leadership, Congress leaders were enjoying abroad… It is unfortunate that workers like us who travel 500-600 kilometres in our cars in a single day to meet people, get to see those big leaders of Congress are far away from the issues of Gujarat but are more focused on ensuring that chicken sandwich for leaders who have come from Delhi is delivered on time.”

3) ‘Congress played the role of a roadblock’

“India wanted solutions for subjects for a long time and Congress only played the role of a roadblock and was always only obstructive. When it came to issues related to India, Gujarat and my Patidar community, Congress’ only stand was to oppose whatever the Government of India led by Prime Minister Narendra Modiji did!”

4) They hate Gujarat and Gujaratis

“Senior leaders behave in a way like they hate Gujarat and Gujaratis. How in the world can Congress then expect that the people of Gujarat will see them as an alternative to lead our state? Whenever I went among the youth I was always asked why I was in a party which constantly insulted Gujaratis – be it in the business sector, in matters of religion and even in politics. Gujaratis can never forget how the Congress party has insulted Sardar Vallabhbhai Patel. I strongly believe that Congress has broken the faith youth had in the party for many years and that is why today no youngster is willing to be even seen as our worker or voter… Even when people like me wanted to do something good for the state, I and my community were faced with ridicule and contempt. When I joined the Congress, I did not know that the hearts and minds of the leadership of the Congress are filled with such hatred towards our country, towards my community, and especially towards the youth.”

“You would be well aware of how leaders of Gujarat Congress have weakened the party, diluted many issues of public importance – all for humongous personal financial gains. Political thoughts can be different but this kind of sell-out by our leaders for so many years is a betrayal of the people of Gujarat. Everyone who is active in political and social life must keep working for the people but it’s almost like Congress doesn’t want to do anything good for Gujarat.” 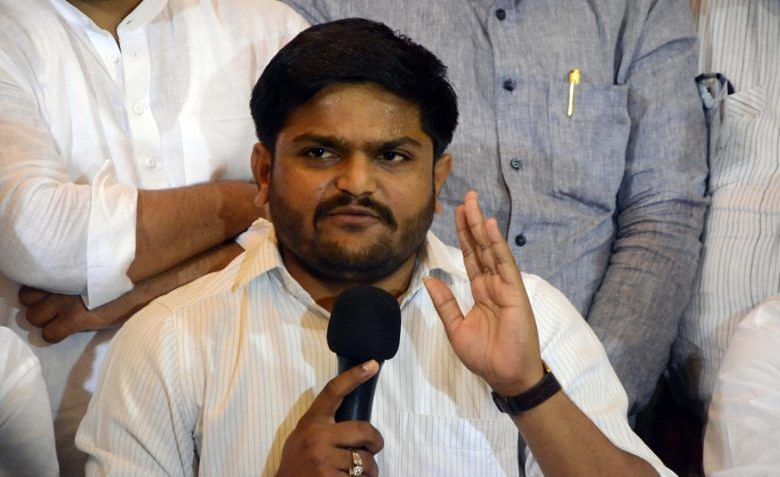