The teams have been deployed as part of the government's efforts for search and rescue missions in flood-affected areas of the state.
ANI 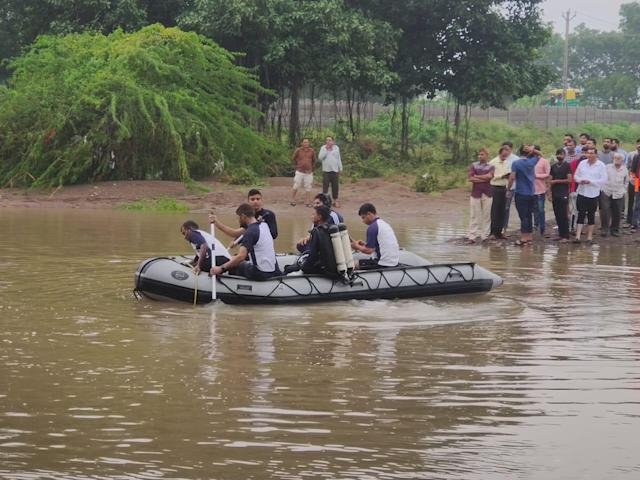 Rajkot (Gujarat): Naval rescue teams on Tuesday recovered one dead body while the search is underway for the second, at Dondi Dam near Chhapra village in Gujarat's Rajkot, said the Indian Navy.

The teams have been deployed as part of the government's efforts for search and rescue missions in flood-affected areas of the state.

As a part of the ongoing civil rescue efforts in flood-affected areas, a naval humanitarian assistance and disaster relief (HADR) team has been sent to Rajkot on Monday and was asked to rescue or recover two occupants of a car that sank near the bridge of the Dondi Dam on the same day.

As per a statement released by the Indian Navy, the team is "Equipped with Gemini boats, life vests, first aid kits and other requisite gears, the teams rescued a large number of people including the elderly and women and shifted them to safety. Naval teams also provided food packets to stranded citizens." 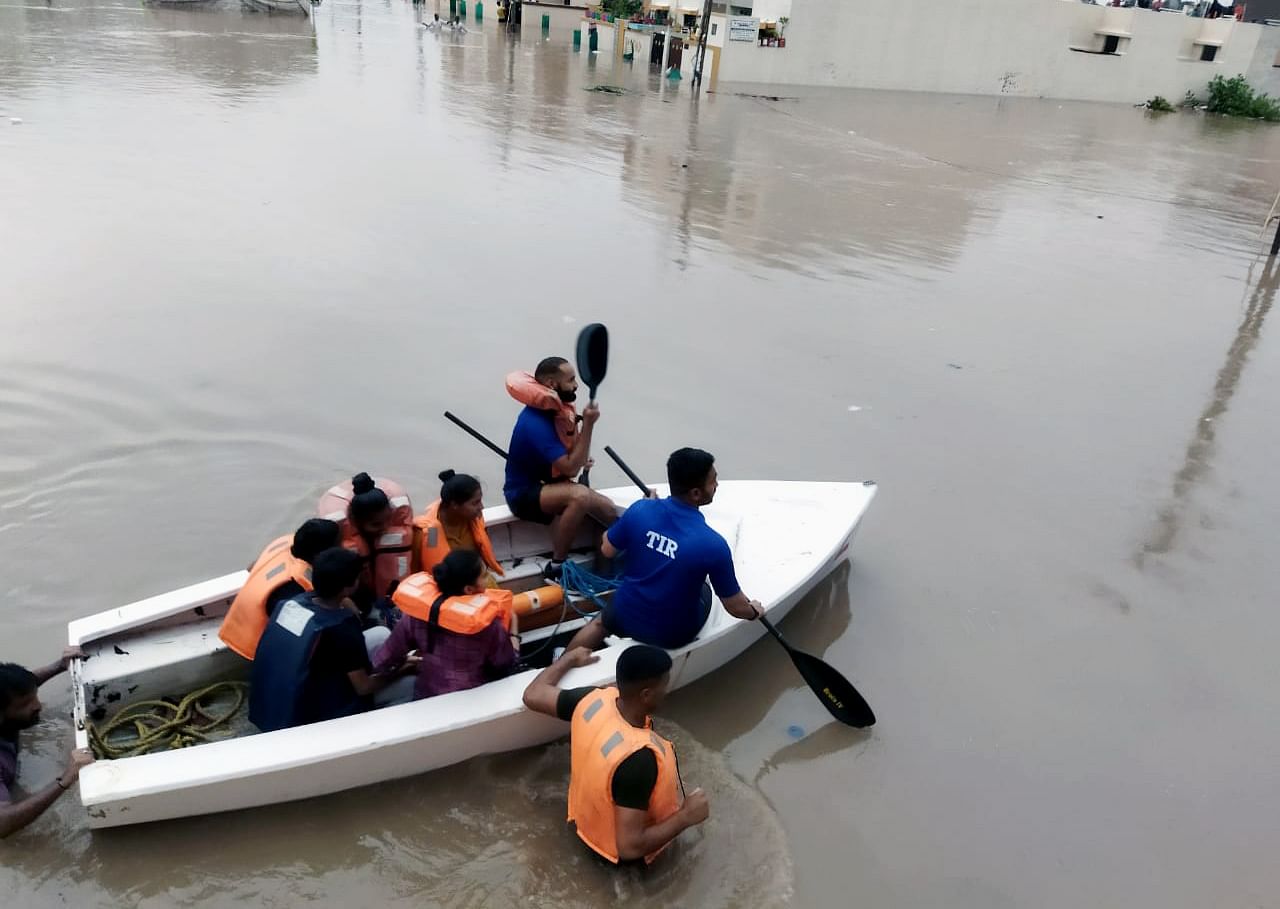