The river water level rose due to release of water from the Sardar Sarovar Dam in Kevadiya in Narmada district, said Modiya
PTI 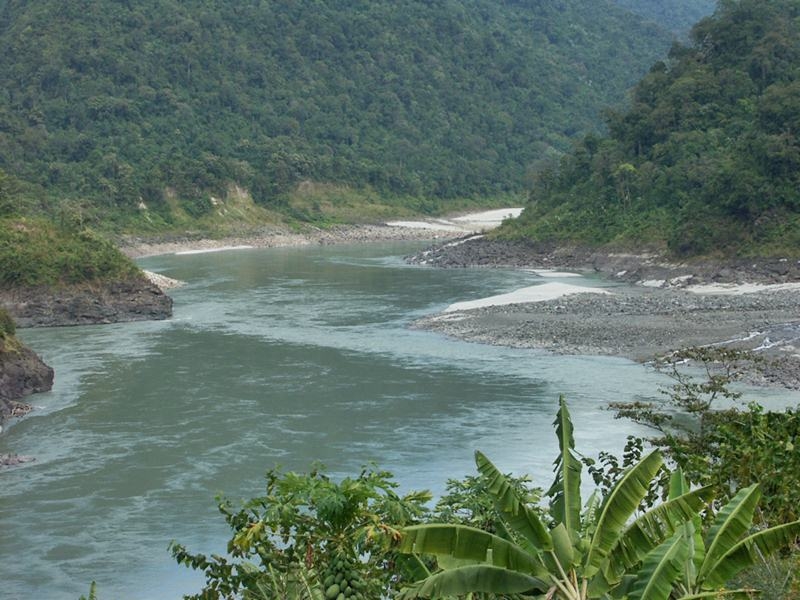 Ahmedabad: Over 1,000 people living along the banks of the Narmada river in Gujarat's Bharuch district were shifted to safer places on Tuesday after its water level rose to 31 feet due to discharge from the Sardar Sarovar Dam even as rains continued to lash the state, an official said.

The river was flowing at 31 feet, three feet above the danger mark of 28 feet, at Golden Bridge that connects Ankleshwar to Bharuch, said Bharuch collector MD Modiya.

"The river water level rose due to release of water from the Sardar Sarovar Dam in Kevadiya in Narmada district," said Modiya. He said more than 1,000 people have been shifted from low-lying areas in Bharuch, Ankleshwar and Jhagadia talukas of Bharuch district. "Around 22 villages are affected by flood waters," he added.

According to the Sardar Sarovar Narmada Nigam Limited (SSNNL) control room, over 6.42 lakh cusec (cubic foot per second) of water is being released into the river after 23 of the 30 gates of the mega dam were opened.

The dam's water level stood at 136.50 metres, which is just 1.50 metre short of the highest 138 metres. The state continued to receive heavy rains even on Tuesday, with the India Meteorological Department predicting heavy to very heavy rainfall in Saurashtra and south Gujarat over the next two days.

Between 6am and 4pm on Tuesday, Gandevi taluka of Navsari district received a 114mm of rainfall, followed by Choryasi of Surat (94mm), Sutrapada of Gir-Somnath (93), Jalalpore of Navsari (86mm), Ahmedabad city (85mm), Navsari taluka (83mm) and Mahuva of Surat (77mm), a state government release informed.