Gen Bipin Rawat killed in helicopter crash: All you need to know about first CDS of India 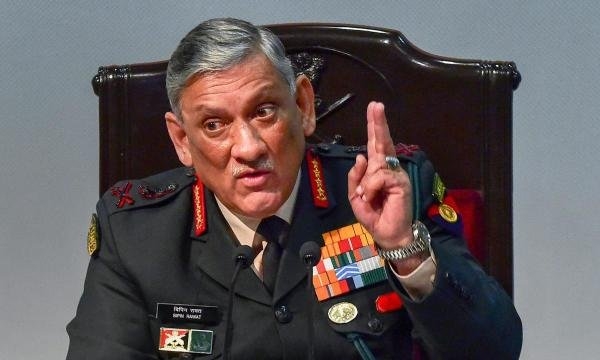 Chief of Defence Staff (CDS) Bipin Rawat along with 12 others died hours after Indian Air Force helicopter Mi-17V5 crashed in Tamil Nadu's Coonoor district. The IAF in a tweet announced the demise of CDS chief and others who were onboard on the chopper.

Who was Bipin Rawat?

General Bipin Rawat was India's first and only Chief of Defence Staff (CDS) who assumed office on January 1, 2020. Before taking over as the CDS, he served as 57th Chairman of the Chiefs of Staff Committee as well as 27th Chief of Army Staff of the Indian Army.

Bipin Rawat was born in Pauri, Uttarakhand on March 16, 1958. He took birth in a Hindu Garhwali Rajput Family, which had been serving in the Indian Army since multiple generations. His father Laxman Singh Rawat had rose to the rank of Lieutenant General, while serving in Indian Army. His mother was the daughter of Kishan Singh Parmar, ex-MLA from Uttarkashi.

Bipin Rawat completed his schooling from Cambrian Hill School, Dehradun and St. Edward’s School, Shimla. He then joined the National Defence Academy, Khadakwasla and Indian Military Academy, Dehradun, where he was also conferred with ‘Sword of Honour’.

He has an MPhil degree in Defence Studies as well as diplomas in Management and Computer Studies from University of Madras.

Rawat was admitted into the 5th battalion of 11 Gorkha Rifles on 16 December 1978, the same unit his father was a part of. As a major, He commanded a company in Uri, Jammu and Kashmir. As a Colonel, he commanded the 5th battalion 11 Gorkha Rifles, in the Eastern sector along the Line of Actual Control at Kibithu. As a Brigadier, he commanded 5 Sector of Rashtriya Rifles in Sopore. He then commanded a multinational Brigade in a Chapter VII mission in the Democratic Republic of the Congo (MONUSCO) where he was twice awarded the Force Commander’s Commendation After promotion to Major General, Rawat took over as the General Officer Commanding 19th Infantry Division (Uri). As a Lieutenant General, he commanded III Corps, headquartered in Dimapur before taking over the Southern Army in Pune.

Bipin Rawat was awarded a Doctorate of Philosophy by Chaudhary Charan Singh University, Meerut for his research on military-media strategic studies. Rawat was also awarded the 'Sword of Honour' at the Indian Military Academy. He was commissioned into the 5th battalion of 11 Gorkha Rifles in 1978. Military chopper crash: Here's a list of people who were on board
Advertisement

He was the third officer from the Gorkha Brigade to become the Chief of the Army Staff, after Field Marshal Sam Manekshaw and General Dalbir Singh Suhag.

On December 31, 2019 General Bipin Rawat took the office of Chief of Defence Staff and became the first ever CDS of India.iaf