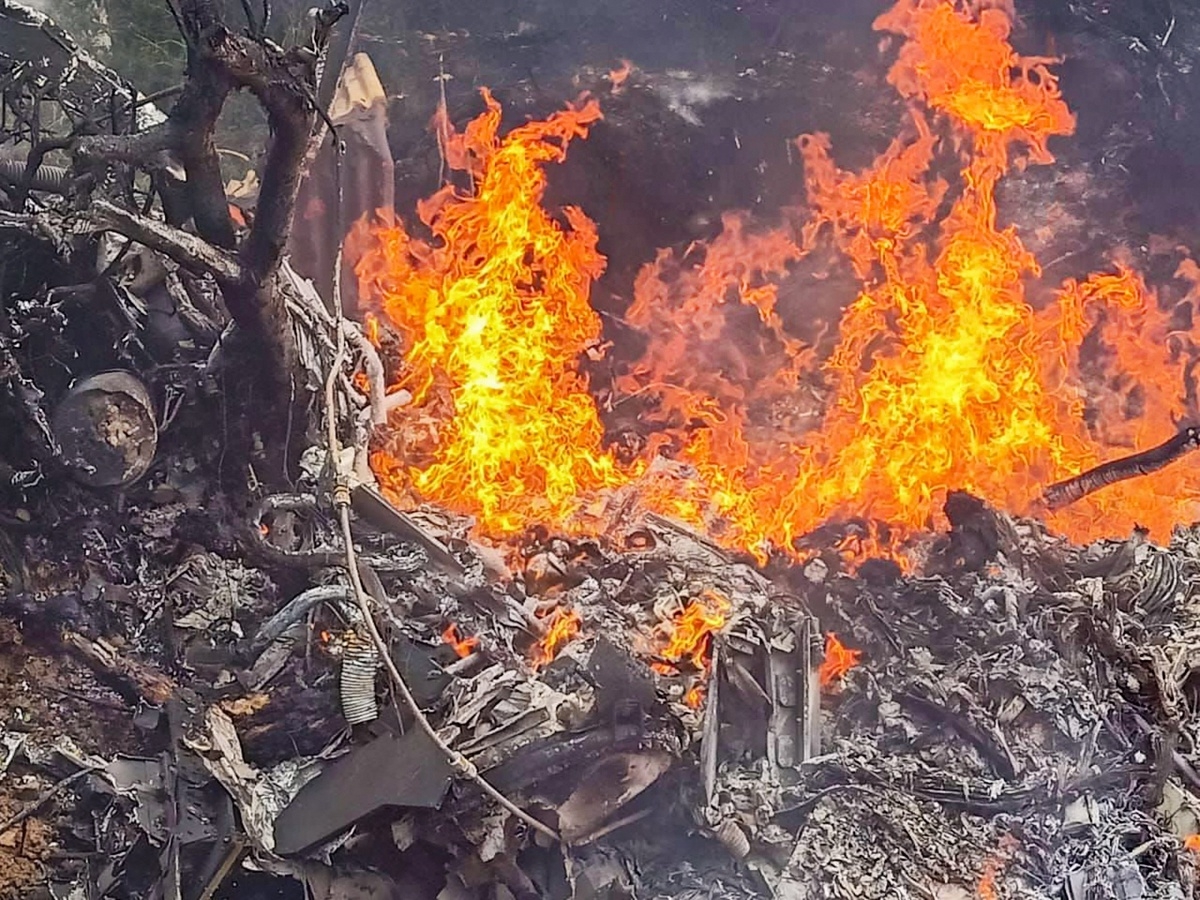 13 of 14 personnel involved in chopper accident in Tamil Nadu on Wednesday have been confirmed dead. The IAF helicopter also carried Chief of Defence Staff Gen Bipin Rawat on board along with 13 others.

According to news agency ANI, "13 of the 14 personnel involved in the military chopper crash in Tamil Nadu have been confirmed dead. Identities of the bodies to be confirmed through DNA testing."

An Indian Air Force helicopter with the Chief of Defence Staff Gen Bipin Rawat on board crashed today near Coonoor in Tamil Nadu, the IAF said, as four people were killed in the mishap that happened reportedly due to low visibility owing to foggy conditions. However, there was no immediate information on the condition of Gen Rawat, even as the IAF said a Court of Inquiry has been ordered into the accident, involving a Mi-17VH chopper that took off from the Sulur IAF Station in nearby Coimbatore.

TV visuals showed the badly damaged chopper in flames, possibly under the impact of the crash. Apparently, a major tragedy was averted as the helicopter fell at some distance away from a human habitation, averting possible mass casualties.

The accident site was a scene of despair with trees being reduced to broken pieces under the impact of the crash, flames from the chopper engulfing the wooden logs resulting in billowing smoke and personnel scurrying to douse the fire, including using buckets and water hose. What seemed to be some charred bodies were also seen lying around.

13 of the 14 personnel involved in the military chopper crash in Tamil Nadu have been confirmed dead. Identities of the bodies to be confirmed through DNA testing: Sources

The Indian Air Force has issued a list of names of General Rawat's staff who were also on-board the crashed chopper. Apart from CDS General Rawat and his wife Madhulika Rawat, Brigadier LS Lidder, Lieutenant Colonel Harjinder Singh, NK Gursewak Singh, NK Jitendra Kumar, L/NK Vivek Kumar, L/NK B Sai Teja and Hav Satpal are among those on board the aircraft.

The IAF has ordered an inquiry into the accident.

Punjab Chief Minister Charanjit Singh Channi said he was deeply saddened by the crash of the helicopter.

"Deeply saddened and concerned over the incident of military helicopter crash carrying Chief of Defence Staff Gen Bipin Rawat, his wife & other officers on board near Coonoor, Tamil Nadu. Praying for the speedy recovery and well-being of all," Channi tweeted.

Former Punjab Chief Minister Amarinder Singh and Shiromani Akali Dal president Sukhbir Singh Badal said their prayers are with those who were onboard the chopper. 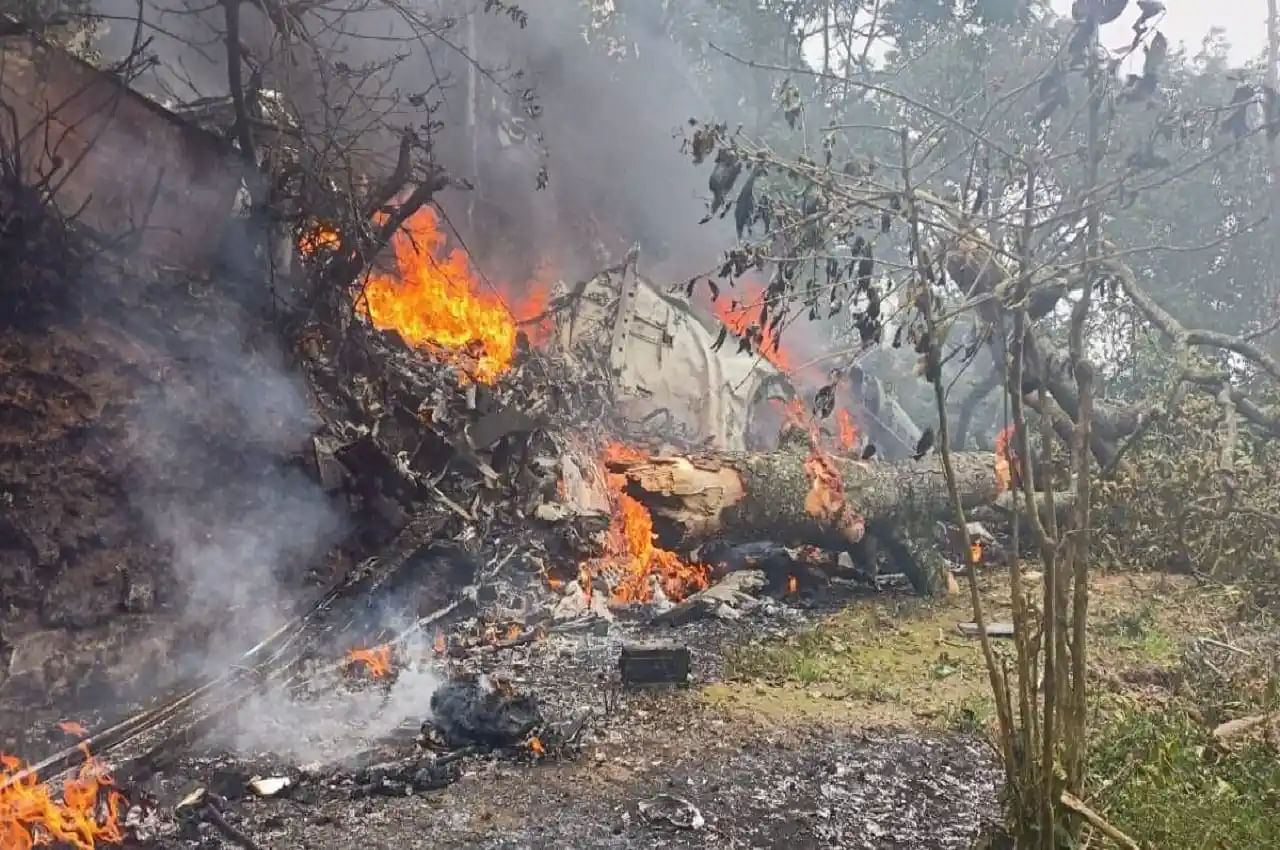