Gangster Suresh Pujari held in Philippines, likely to be deported to India 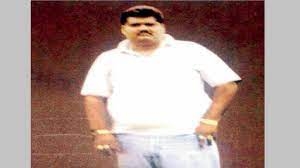 Notorious gangster Suresh Pujari who was on a run for over a decade has been arrested in the Paranaque city of the Philippines. Pujari, who was wanted in over a dozen extortion cases registered in Mumbai and Thane is likely to be deported to India.

The Mumbai crime branch officials confirmed receiving the information of his arrest but maintained that they are yet to receive anything officially. The local media, however, quoting the city police chief of Paranaque claimed that the fugitive has been identified as Suresh Basapa Puri alias Suresh Pujari; Satish Shekhar Pai.

Pujari who was reportedly taken into custody on October 15 from Don Bosco administrative region has been lodged at Chateau Elysee, Dona Soledad, Barangay Don Bosco.

Recently, the US Department of Justice-Federal Bureau of Investigation (FBI) alerted the Philipines authority about the presence of the fugitive and threat he poses to the country, which led to his arrest. Following a tip-off, a joint operation was conducted by city police intelligence and fugitive search unit. Pujari has been staying in the country since September 2021.

Pujari was earlier associated with underworld don Chhota Rajan and Ravi Pujari but later formed his own gang. At least seven extortion cases in Mumbai apart from over dozen in Thane and Navi Mumbai have been registered against him.

He fled the country in 2007 and remained elusive, the Mumbai police and Indian agencies have been tracking Pujari's movements since then. Around six years ago, a Red Corner Notice was issued against him.

Several underworld gangsters have been deported to India in the last few years including underworld don Chhota Rajan, Ravi Pujari, and Ejaz Lakdawala.