Following a case accusing him of molesting his granddaughter, Bahuguna climbed a water tank and shot himself on Wednesday.

New Delhi: On Wednesday, former Uttarakhand minister, Rajendra Bahuguna, 59, climbed up a water tank and shot himself. He acted three days after his daughter-in-law filed a case accusing him of molesting her daughter.

"He was very upset about the allegation," said senior police officer Pankaj Bhatt to NDTV.

Before the incident, he repeatedly called the police on the emergency number 112 and informed them about his plan to commit suicide. By the time the police reached his home, Bahuguna had already climbed up on the tank, announcing that he would shoot himself.

Using a loudspeaker, the police tried to dissuade him from committing suicide, but he only kept repeating that he had been falsely accused.

He then abruptly took the gun and shot himself in the chest, dying instantly.

Following a complaint by his son Ajay Bahuguna, his daughter-in-law, her father, and a neighbour have been charged with driving him to commit suicide.

Following his daughter-in-law's complaint, he had been charged under the strict Protection of Children from Sexual Offences (POCSO) Act.

Bahuguna, who was associated with the Congress, used to work at the Haldwani Depot workshop and had retired on 31 October. 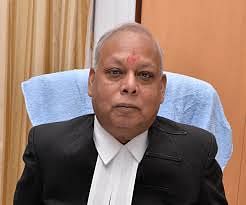