PATNA, May 11: District magistrates (DM) of Ghazipur in Uttar Pradesh and Buxar in Bihar are blaming each other on the recovery of 84 bodies from the Ganga banks. Mangla Prasad Singh, DM of Ghazipur today claimed only 13 bodies were found on the banks of Ganga in his district and they had come from Bihar.

However, Buxar DM, Aman Sameer contradicted his Ghazipur counterpart and claimed most of the 71 bodies found floating at Mahadev Ghat in Chausa block were from Uttar Pradesh.

DM of Buxar and SP, Neeraj Kumar Singh, visited Chausa late Monday night and retrieved 71 bodies. All bodies found at Mahadeva Ghat were buried on the banks of the Ganga by using JCB machines. DM said medical staff have collected DNA samples and swabs of the bodies for identification. He admitted majority of them must be of Corona victims.

DM announced surveillance by Drones on the banks of the Ganga to prevent people from throwing bodies into the river. 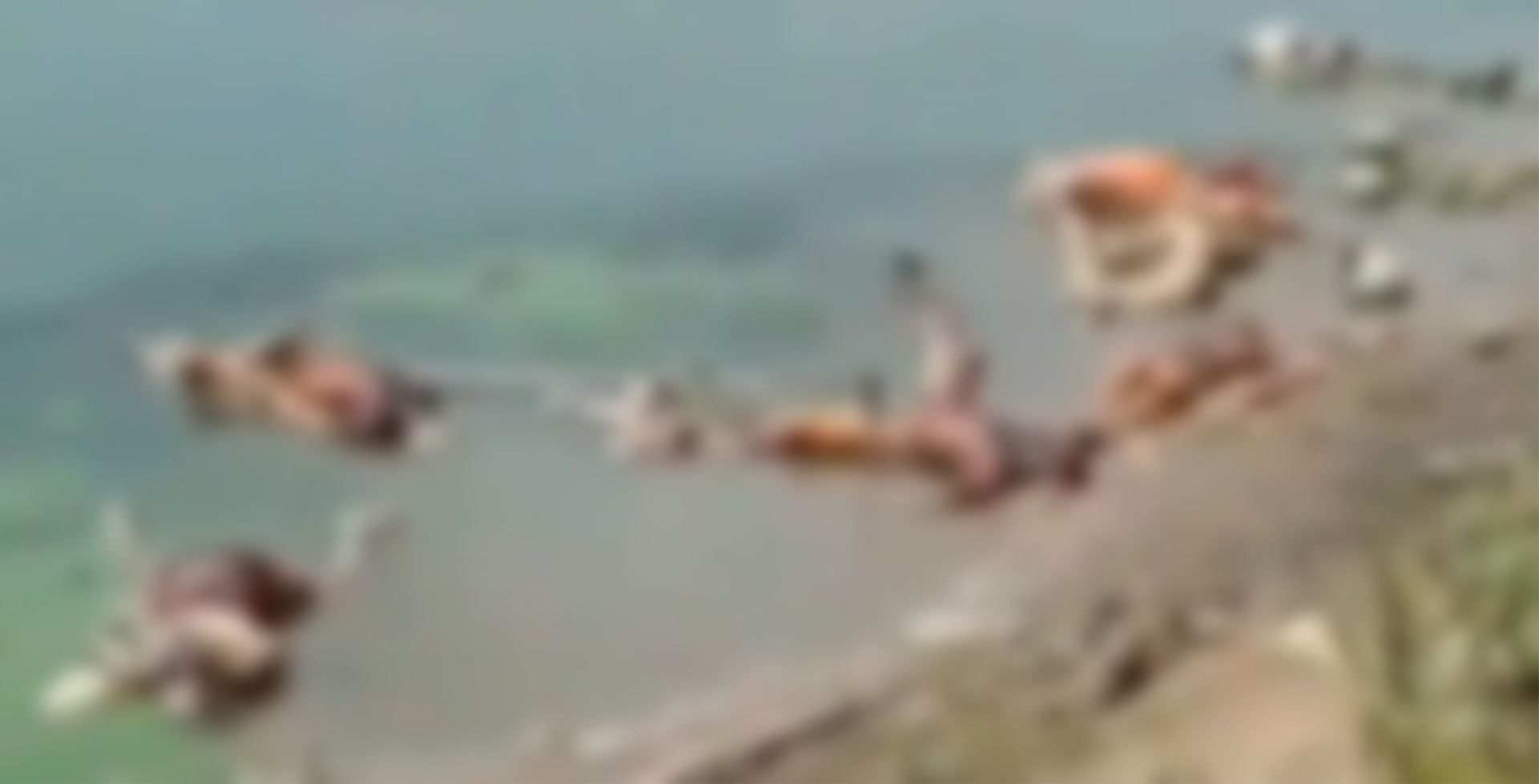 In adjoining Ghazipur, DM said 13 bodies were found on the banks of the Ganga close to Bihar border. He said patrolling on the river side has been started to disallow dumping of dead bodies into the river. He regretted the charge of his Buxar counterpart that the bodies were coming from Uttar Pradesh. Administration has arranged reimbursement of the expenses of funerals of the unclaimed bodies too, Buxar SP said today an investigation has been started to find out the involvement of the people in dumping bodies into the Ganga without rituals.

Dead bodies washed up on the banks of the Ganga were sighted for a second consecutive day on Tuesday, according to Ms Prem Swaroopam,executive officer of Municipal Corporation.

With Covid rapidly spreading through the rural parts of Bihar,the bodies found floating on the banks of Ganga are suspected to be those of Corona victims.Villagers of Katgharwa,Chausa and Kamharia on the banks of the Ganga claimed bodies were definitely of the Corona victims and thrown into the river in night hours.

DM today issued orders prohibiting dumping of bodies into the river and said instructions have been issued to take punitive actions against anyone found disposing bodies into the river. Three teams of police have been formed to find out the people involved in the dumping of bodies. Ambulance and hearse drivers are also being questioned. He said cremation of the dead bodies of Covid patients will be done free of cost by the administration.

District administration on Tuesday arranged generator sets at Mahadev Ghat at Chausa for uninterrupted supply of power as there was overflow of bodies for cremation, more than 100 daily against four to five till last week.

Central Government Counsel in Patna High Court, Ms Chhaya Mishra, on Tuesday said decent funeral was the fundamental right of the dead too guaranteed under Articles 21 and 25. Last month, Calcutta High Court has issued detailed guidelines ensuring decent last rites of the victims of Corona, she said. She regretted the administration at many places was in the dark on the Corona victims’ bodies being thrown without last rites into the river, as reports from Bhagalpur, Beguasari and Buxar indicated. There should be no clash over geographical division on the dead bodies' rights, she said.