Farooq Abdullah reportedly stepped down from the post of party chief due to health reasons, however, he will continue to hold the post until the elections are held.

Farooq Abdullah on Friday, November 18, has stepped down as Jammu and Kashmir National Conference chief; he stepped down due to health concerns. Polls to elect the next party chief will be held next month, stated local reports. He will continue as the president until elections are held.

According to a report in local media, the polls to elect new president will be held on December 5 and it is being speculated that the party vice-president and former Chief Minister Omar Abdullah may become the new chief now that his father has stepped down. 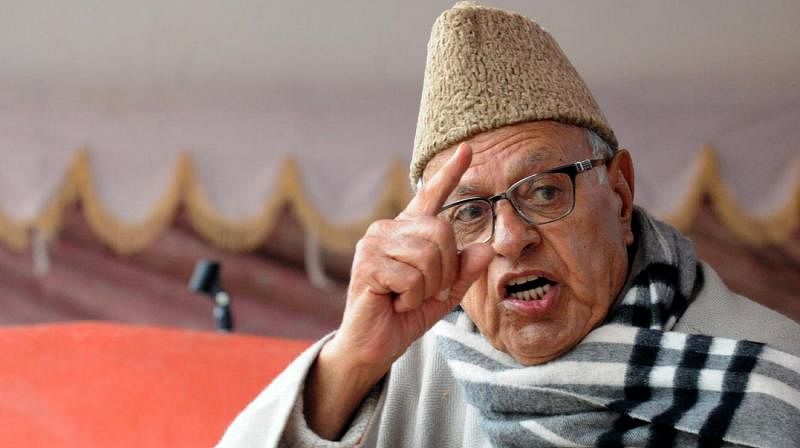 The report quoted chief spokesperson of the party, Tanvir Sadiq saying that a notification to this effect will be issued soon and nominations will be invited. Sadiq said that the elections will be held at the mausoleum of party founder Sheikh Mohammad Abdullah at Hazratbal.

Reportedly, Abdullah annouced his decision at the meeting of provincial office bearers of the party at their headquarters at Nawa-e-Subha in Srinagar. In his emotional address, he asked the party leaders to take the reigns in their hands and asked them to strengthen the party.

He also guided the party leaders to work closely with people on ground as he pointed out their challenges. He was quoted in a report saying that the party's ground cadre has to "act as a bridge between administration and people" as they fought "peaceful battle" to restore their rights.

Omar Abdullah also addressed the gathering, like his father stressed for strengthening of the party.