The farmer leaders have called for a nationwide sit-in protest on December 14.
FPJ Web Desk 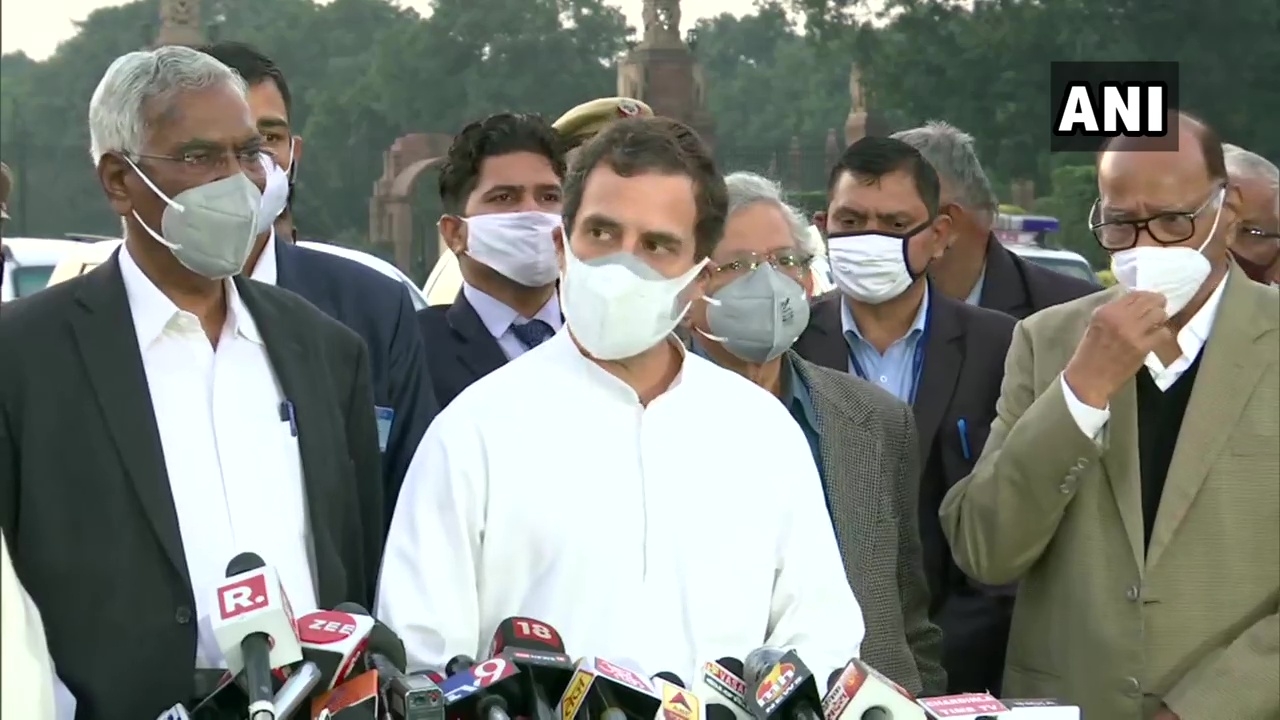 "We met the President and informed him of our view regarding the three farm laws. We have asked for their repeal. We informed the President that it is critical that they are taken back," said Rahul Gandhi.

Sitaram Yechury said that the delegation has given a memorandum to the President and are "asking to repeal agriculture laws and electricity amendment bill that were passed in anti-democratic manner without proper discussions and consultations".

NCP chief Sharad Pawar said that there was a request from all opposition parties for "in-depth discussion of farm bills & that it should be sent to select committee". "Unfortunately, no suggestion was accepted & bills were passed in hurry," he added.

"In this cold, the farmers are on the streets protesting peacefully, expressing their unhappiness. It is the duty of the government to resolve this issue," Pawar further said.

Meanwhile, the protesting farmers have unanimously rejected the proposed amendments suggested by the Central government on Wednesday and have sought a complete rollback of the three contentious farm laws.