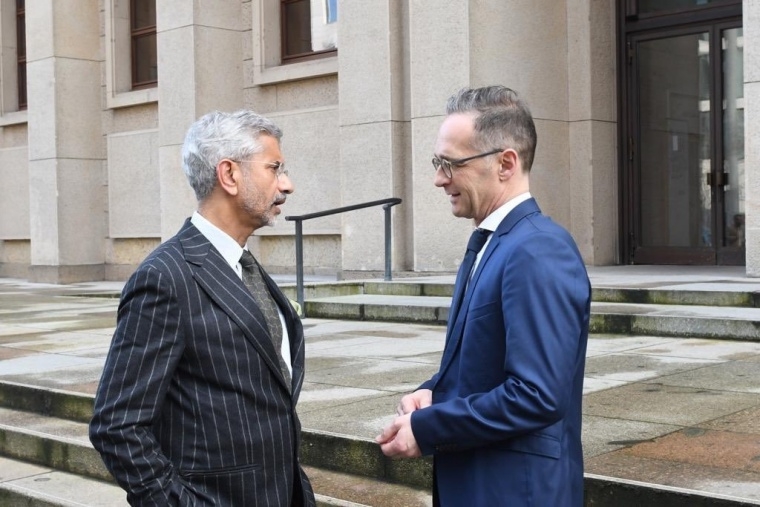 External Affairs Minister S Jaishankar on Saturday received a call from his German counterpart Heiko Maas. Both the ministers discussed the evacuation challenges in Afghanistan and the policy implications of the changes there.

Jaishankar on Friday held talks with his Qatari counterpart Sheikh Mohammed bin Abdulrahman Al-Thani on the latest developments in Afghanistan as he stopped over in Qatar's capital Doha on his way back home from a four-day visit to the US.

Doha has been the venue for the intra-Afghan peace talks and Qatar has emerged as a crucial player in facilitating the Afghan peace process. The Taliban's political leaders have been residing in the Gulf country for years.

The talks came five days after Afghan capital Kabul fell to the Taliban after it swept across Afghanistan, seizing control of almost all key towns and cities in an over month-long offensive following the withdrawal of the US forces.

Meanwhile, around 80 Indian nationals were evacuated on Saturday from Kabul by a transport military aircraft of the Indian Air Force amid a deteriorating security scenario in the Afghan capital, people familiar with the development said.

The aircraft landed at Dushanbe in Tajikistan after evacuating the Indians, they said, adding the flight is expected to arrive at the Hindon airbase near Delhi in the evening. India has already evacuated 200 people, including the Indian envoy and other staffers of its embassy in Kabul, in two C-17 heavy-lift transport aircraft of the IAF after the Taliban seized control of Kabul on Sunday.

Appreciate the call from Foreign Minister @HeikoMaas of Germany.
Discussed the evacuation challenges in Afghanistan and the policy implications of the changes there.

The first evacuation flight brought back over 40 Indians on Monday. The second C-17 aircraft evacuated around 150 people including Indian diplomats, officials, security personnel and some stranded Indians on Tuesday.

The MEA said the immediate priority for the government is to obtain accurate information about all Indian nationals currently staying in Afghanistan.

On Tuesday, India completed the evacuation of all its diplomats and other staff members from Kabul under a difficult and complicated exercise, two days after the Taliban's takeover of the Afghan capital.