With counting underway for the Jharkhand polls, it was impossible that nobody would bring up EVM tampering
FPJ Web Desk 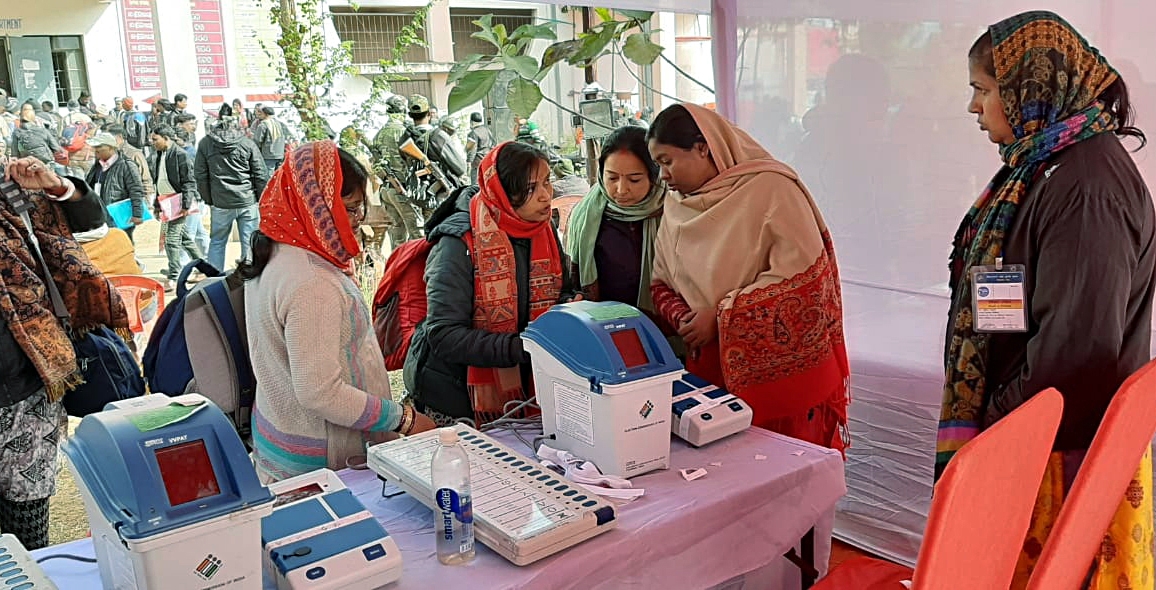 Election commission teams doing their final preparations with EVMs and election kit, before moving them to polling booths, in Dumka on Thursday, December 19. | Photo: ANI

An accusation oft repeated during elections is that of EVM tampering. And on Monday, with counting underway for the Jharkhand polls, it was impossible that nobody would bring it up.

Speaking to Times Now, BJP spokesperson and Supreme Court lawyer Gaurav Bhatia said that "we need to find out if the EVMs in the country are working fine".

To their credit though, most people on the defeated side have refrained from blaming the machines or even bringing them up.

But Twitter is rather fond of stirring up trouble, even when nothing is afoot. And today many took a dig at those who have previously aired their grievances over electronic voting machines.

Another user said: "Not a single BJP supporter blamed EVMs for the Jharkhand loss. That's the difference...!"

Tagging a tweet by senior Congress leader P.Chidambaram that said "dented in Haryana, denied in Maharashtra, defeated in Jharkhand. That is the story of the BJP in 2019...", one BJP supporters remarked: "You are now trying to say that EVMs are fine. Suddenly talks about EVMs have vanished."

You are trying to say now EVMs are fine .
Suddenly talks about EVMs have vanished. 😂😂😂 https://t.co/XV8dTzqnya

The biggest takeaway from Jharkhand, MH and Haryana elections is EVMs are working fine! Hope we don't get to hear evm conspiracy theories from the opposition again.

One post read: "Opposition parties accuse EVMs for their defeat, but when they win, they call it a victory of democracy."

Modi Ji will not put blame on EVM.

Modi Ji will not Curse SC.

Modi Ji will not blame EC.

Modi Ji is working day and night for the marginal and poor section of society, He will continuously work for them with same zeal .

.#JharkhandResults is another example where electorate votes differently in LS & VS. This not only reflects poltical maturity of electorate but sends a clear msg to politicians tht they will be continuously judged on 'their' performance.

Good part is nobody is blaming #EVMs! 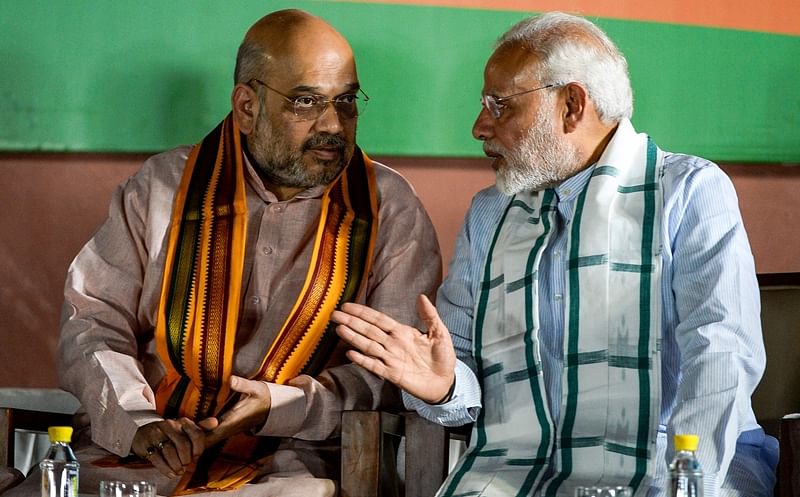 In Jharkhand, the Congress had stitched up a pre-poll alliance where it made way for regional party, the Jharkhand Mukti Morcha (JMM) to take the lead. While the JMM got to contest 43 seats, the Congress contented itself with 31 seats and the RJD was allotted 7 seats.

"There is no-doubt about it, Hemant Soren will be the CM. We have assured him (Soren) even before we forged the alliance with the Jharkhand Mukti Morcha (JMM)," RPN Singh, Congress in-charge Jharkhand, told the media in Ranchi on Monday.

The Congress has recently formed the government in Maharashtra, as the third member of a three party post-poll alliance in which the Shiv Sena and NCP call the shots. Earlier, in Karnataka too, the Congress had formed government with the Janata Dal (S).

The JMM/Cong/ RJD alliance is set to comfortably cross the halfway mark in the 81-seat Jharkhand Assembly. The five-phase assembly elections in Jharkhand began on November 20 and ended on December 20. 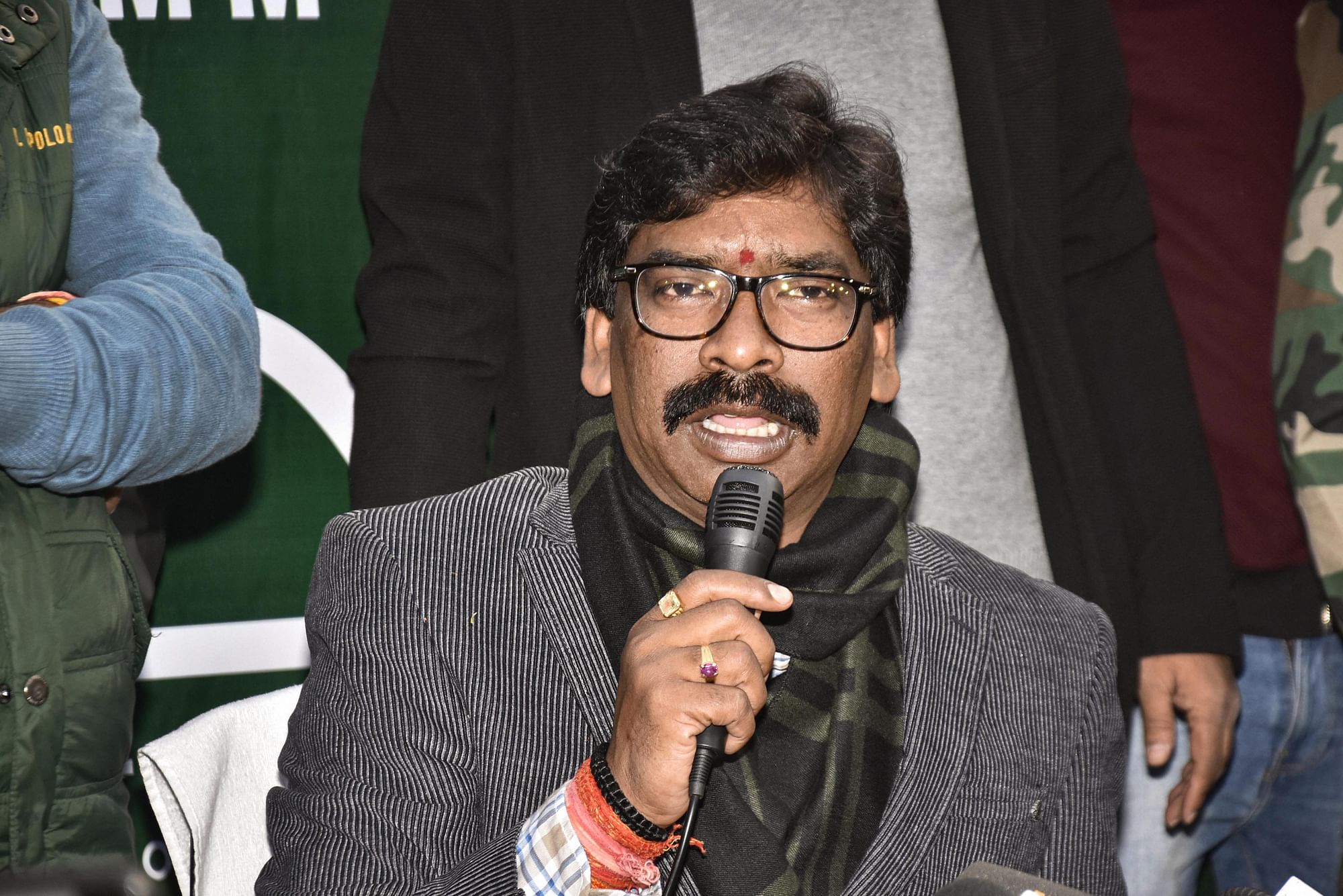