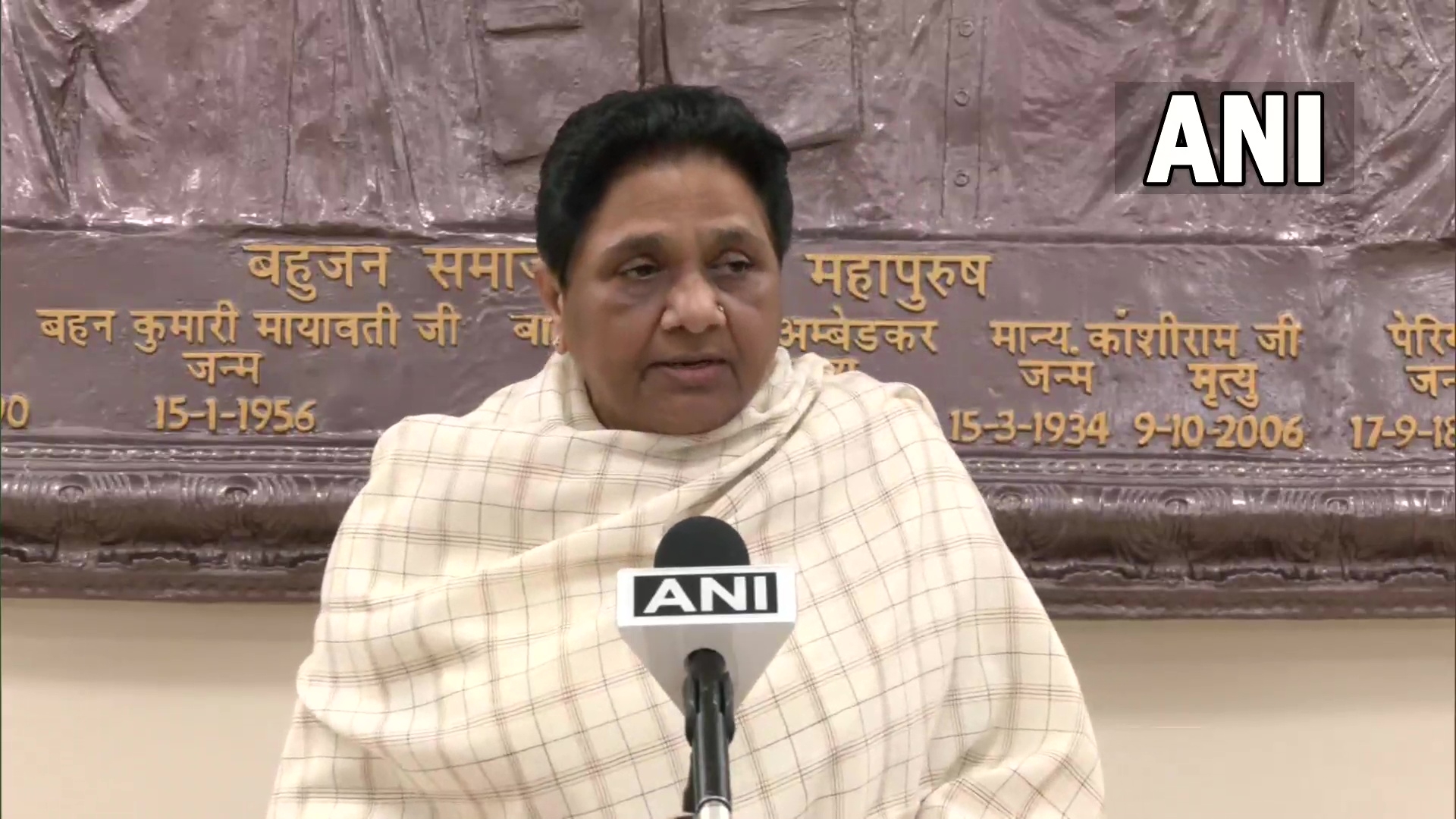 Lucknow: Bahujan Samaj Party chief Mayawati on Sunday expressed concern over the "increasing" use of religion in politics during elections and said the Election Commission must curb this "worrying" trend.

Her remarks came a day after Uttar Pradesh Chief Minister Yogi Adityanath said the assembly elections in the state will be an "80 per cent versus 20 per cent" one, alluding to the roughly 20 per cent Muslim population.

"In the past few years, during the elections, there have been attempts to derive electoral advantage using religion. This impacts the election and the entire country is worried about this," Mayawati told reporters on Sunday.

"The Election Commission should take serious steps to curb the narrow politics of selfishness as was evident in the past few years," she added.

Accusing the Adityanath government of foisting a "jungle raj" through its biased policies, Mayawati also claimed that the BJP will lose the 2022 elections "if there is no misuse of government machinery and there are no discrepancies in EVMs".

"The BJP will be thrown out of power this time, provided there is no misuse of government machinery and there are no discrepancies in voting machines," she said while urging the poll panel to "keep an eye on it".

Elaborating the reasons for her claim that the BVJP will be thrown out of power, Mayawati said, "Owing to the biased approach of the (BJP) government, a 'jungle raj' of criminals is prevailing." "Due to this, people of every caste and section are feeling very sad. A section of the upper caste, which had in the previous elections voted enthusiastically for the BJP, is feeling very sad," she added, insinuating that even upper caste voters will not support the BJP.

Without naming the Samajwadi Party, Mayawati said, "In the state, there is a party, which is dreaming of bagging 400 out of 403 seats (of the UP legislative assembly) by banking on people who have been expelled from other parties and allying with other parties." "Their dreams, however, will be shattered on March 10. The BJP and other parties too will face the same situation. Only the BSP can give a popular government," she added.

Mayawati also said there has been a gross violation of the model code of conduct in the holding of rallies and roadshows amid the Covid pandemic.

The fear of the Election Commission must be there in the government machinery too and only then the elections can be successfully held, she added.

Claiming her party to be a "disciplined" one, she sought to assure that it will strictly adhere to the model code of conduct for which the party cadre too will be instructed separately.

She also demanded that adequate arrangements should be made at hyper-sensitive booths for Dalits and people from the weaker sections of the society so that they could cast their votes.

Urging people to be wary of "alluring poll manifestoes of rival parties", she said they must not be carried away by promises of freebies.

She said she has called a meeting of senior party leaders to select party candidates while claiming that her party will perform well in Uttarakhand and Punjab. In Punjab, the BSP has allied with the Shiromani Akali Dal.

The BSP chief also asked people not to be misled by survey agencies which show the BSP "out of the race" till voting.

"In the 2007 UP assembly elections, the BSP was kept out of the poll race and it was shown that the SP and BJP were in the contest. However, when the results came, these parties were much behind us," she said, adding that the 2007 situation will be replicated this time.