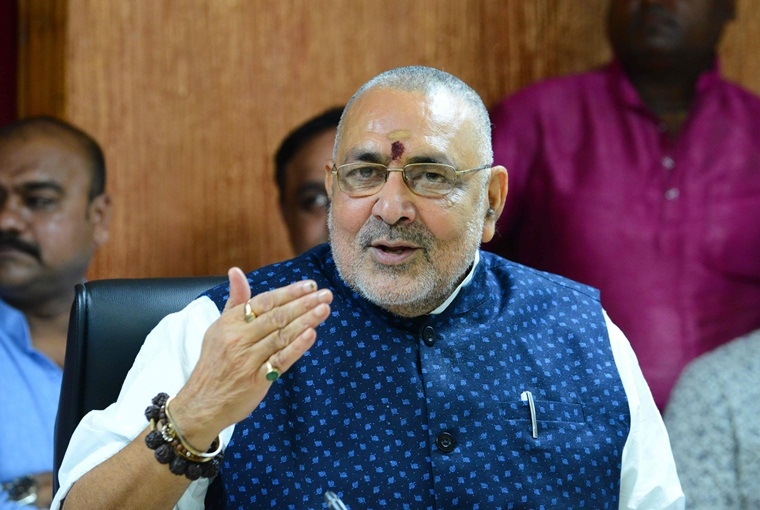 A day ahead of the Delhi Assembly polls, the AAP on Friday alleged that BJP MPs including Union Minister Giriraj Singh are 'distributing cash and liquor' in the national capital to influence the voters. AAP leader Sanjay Singh also posted a video of Giriraj Singh at a jewellery shop in Rithala.

"We had earlier said the BJP will resort to distributing cash and liquor to influence the voters. It is doing so now. Yesterday too, such reports had come in. BJP violated the Model Code of Conduct (MCC) during the entire campaigning period, by giving inflammatory statements. Now with just a day left for the polling, Union Minister Giriraj Singh and other BJP MPs are openly distributing cash and liquor," AAP leader Sanjay Singh said at a press conference here.

"We have received one such news regarding Giriraj Singh from the public in Rithala Vidhan Sabha area. The people from the area told us that he was distributing money," said Singh.

He further said the AAP has informed the Election Commission about the incident, demanding strict action and remove all BJP MPs from Delhi, who are not residents of the national capital with immediate effect.

"We have informed the Election Commission about the incident and also the CEO regarding this. We demand that all BJP MPs who are not Delhi residents should be taken out of Delhi, as they are distributing cash and other things to influence voters," said Singh.

The AAP leader also played a video of the incident, which allegedly shows Giriraj Singh at a jewellery shop in Rithala.

The law enforcement agencies in Delhi have seized cash, liquor, drugs, narcotics, precious metal and freebies worth Rs 55.33 crore ever since the MCC came into force in the national capital on January 6, officials said on Friday.

Earlier, the Election Commission on Friday issued a show cause notice to Delhi Chief Minister Arvind Kejriwal for posting a "Hindu-Muslim" video on his Twitter handle to target the opposition, saying prima facie it has the potential of disturbing communal harmony.

Kejriwal has been asked to respond to the notice before 5.00 pm on Saturday, the day of polling in Delhi.

The video purportedly shows that other parties and media are allegedly talking of "Hindu-Muslim", "CAA" and "mandir-masjid", but Kejriwal was talking of development, schools and women safety.

The Delhi Assembly election is scheduled for February 8 from 8 am onwards. The counting of votes will take place on February 11. 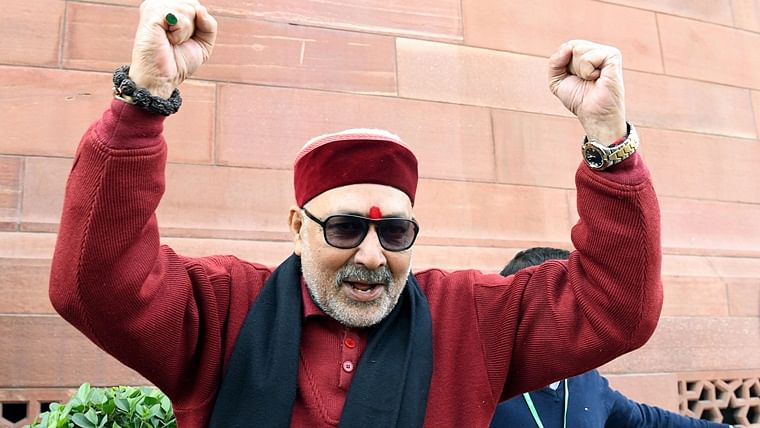