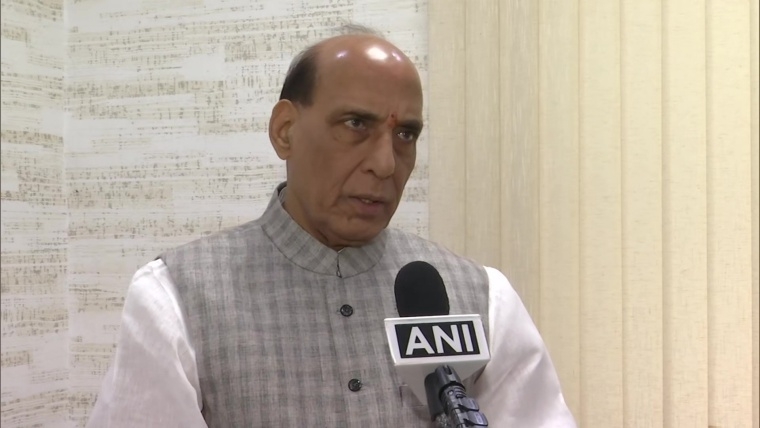 Union defense minister Rajnath Singh's visit to Pune tomorrow to felicitate the Indian Army personnel who participated at the Olympics at Tokyo has been deferred to August 24 due to unavoidable circumstances.

The felicitation ceremony will be held at at the Army Sports Institute in Pune.

"All the armed forces personnel, who represented India in the recently concluded Tokyo Olympics, including gold medallist javelin thrower Subedar Neeraj Chopra, are likely to be present on the occasion," a statement released by defence ministry read, according to news agency PTI.

During his visit, Rajnath Singh is also expected to interact with sportsperson of the Army Sports Institute and troops.

Neeraj Chopra was appointed as Junior Commissioned Officer in the Rajputana Rifles regiment in 2016 following his stellar performance at the South Asian Games.

#UPDATE | The visit of Defence Minister Rajnath Singh to Pune has been deferred to August 24 (Tuesday) due to unavoidable circumstances: Ministry of Defence

He will visit the Headquarters of Southern Command. The Raksha Mantri will be accompanied by Chief of the Army Staff General MM Naravane and General Officer Commanding-in-Chief of the Southern Command Lieutenant General JS Nain," the statement said.

"Indian Army has always been the backbone of Indian sports — from Major Dhyan Chand to Subedar Neeraj Chopra who etched their names in golden letters in the history of Indian sports," the statement by the Army read.