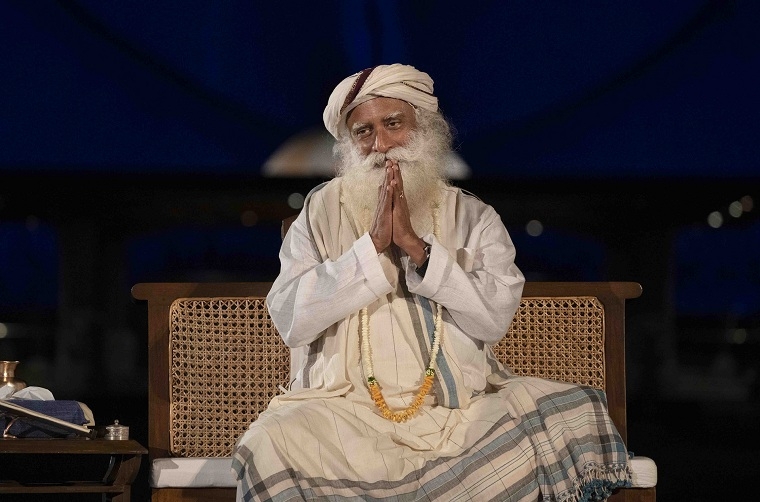 Coimbatore: Describing the need to raise human consciousness as ‘the most important thing’ to be done in the world right now, Sadhguru dedicated the coming year to the Conscious Planet movement – a global movement to initiate a conscious approach to soil and planet, and, in turn, to raise human consciousness. The movement seeks to show governments of all nations that their citizens want a policy to revitalize soil and ecology.

“Let’s dedicate 2022 to creating a Conscious Planet. Creating a Conscious Planet is possible only by raising human consciousness. If we create a wave of consciousness in the world, saving the planet will be a natural consequence. Let’s make it happen,” Sadhguru said at a satsang on 31 December night, in the presence of the iconic 112-foot Adiyogi at the Isha Yoga Center, Coimbatore.

This year, we want to bring together an ecologically and spiritually conscious population to create a massive impact for the benefit of all life on Earth. Join us in creating a #ConsciousPlanet.
Love & Blessings#SadhguruQuotes #SaveSoil https://t.co/PrHb5Hkym8 pic.twitter.com/2zo0Wr8lWi

“In 2022, let’s commit to leave the world a much better place than the way it is right now,” he appealed to people, including millions of Isha meditators and volunteers, who had joined the New Year satsang in person and online from across the world.

Sadhguru returned to India after over two months of intense and incessant activities in the West, particularly in the United States of America.

Referring to severe degradation of soil around the world, Sadhguru said, “In trying to fix the world for our comfort, we have come to a point where we are destroying the very source of our existence.”

“I would like you to see every day as the beginning of a new year. Every day is a new beginning. Every day begins in such a glorious way that it's worthy of celebration,” he added.